This command redirects to another command block in check code and returns after it has been executed. This command is commonly used with subroutines. Subroutines act as a unit of common check code, which is usually dependent on two variables. The benefit of using subroutines is that it allows maintenance of check code in one common location. Here is an example of a subroutine:

In the example above, the calculation of days hospitalized would have been required to be placed in the AFTER event of the Admission Date and Discharge Date fields. However, through the usage of subroutines, users can update and maintain check code only in one location. By using the CALL command, the block of check code will execute when data are entered or updated in either field.

To create a subroutine, complete the following steps:

A block of code for the subroutine called MySubroutine1 is created and displayed in the Check Code Editor.
At this point, you can establish the check code commands to be incorporated into the subroutine.
Make sure to Verify your code and Save once done.

CLEAR sets a field to a missing value, as though the field had been left blank. For example, it is useful to clear a previous entry in a field after an error has been detected. The CLEAR command can be followed by a GOTO command in order to place the cursor back into the field for further entry after an error. In the example below, the Date of Interview field is cleared after the user is notified that the date value entered is greater than today’s date.

This command creates a new variable. In Check Code, all user-defined variables are saved in the DEFINEVARIABLES section.

The proper syntax is:

Below is a description for the optional SCOPE parameter used with the DEFINE command.

If there isn’t a need to capture information for a particular field, then it can be disabled. The Disable command is usually used with the IF, THEN, ELSE conditions. In this example, the field DoctorVisitDate will be disabled if the response to the DoctorVisit is No, otherwise it is enabled.

To test the Disable, open the form in the Enter Data tool. When No is entered for DoctorVisit, DoctorVisitDate should become disabled.

A field may be hidden if there is not a need to capture information for a particular field or if it does not apply based on previously answered questions. The field on the form would be hidden from the form. In the following example, the Pregnant option box will be hidden based on the users Sex; Female or Male.

Note: The Unhide command will display any hidden fields. You can select this command in the Add Command to Field Block section of the Check Code Editor.

Use to execute a Windows program.

Executes a Windows program – either one explicitly named in the command or one designated within the Windows registry as appropriate for a document with the file extension that is named. This provides a mechanism for bringing up whatever program is the default on a computer without first knowing its name. The EXECUTE command accepts a series of paths, separated by semicolons, as in:

If the first is not found, the others are tried in succession. In Check Code, the EXECUTE command can be placed in any command block, but is often used with a command button. Check code syntax is executed when the user clicks on the command button.

The HIGHLIGHT/UNHIGHLIGHT command emphasizes the location of a field by highlighting in bright yellow, for example, if a data entry error was detected. It also unhighlights the field if needed. In the example below, the field Emergency is highlighted if the response to the field Vaccinated = “No”. All vaccinated questions are skipped and the field “Did you visit the emergency room?” is highlighted.

The Geocode command uses the text entered into Address to retrieve and populate Latitude and Longitude coordinates into your form.

When the Get Coordinates command button is clicked after an address is entered into your form in the Enter Data tool, the Geocode Results dialog will appear.

The Geocode Results dialog box contains, the Address entered into the form along with the Latitude and Longitude coordinates of that address. The confidence and quality of the geocoding service coordinates are also displayed. 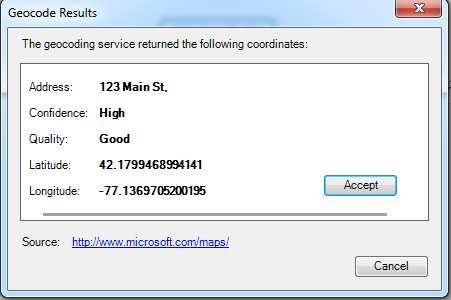 After clicking Accept in the Geocode Results dialog box, the coordinates provided by the geocoding service are copied into the Latitude and Longitude fields in your form.

The NEWRECORD command saves the current records data and opens a new record for data entry.

The QUIT command allows the saving of the current record and closing of the Enter application.

Sometimes users might want to set up a field as required only if a specific criterion is met. As with the REQUIRED property, if a field is set to required during data entry through check code, the Enter module will not allow further page navigation until a value has been entered into the field. In the example below, the field VaccinationDate is set as required if the Vaccination question is answered as Yes using the Set-Required command. Notice that the REQUIRE property has not been set during the creation of the field but it has been set with the check code. Once the criterion is met, the field is set back to its original state by using the Set-Not-Required command. 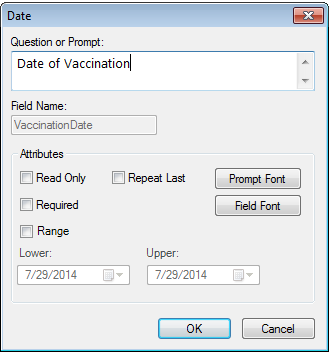 Figure 3.62a & b: Check code syntax for SET-REQUIRED command

The Enter tool can be programmed to do many interesting and complex operations not discussed in this chapter, including mathematical and logical operations with more than one field, popping up help windows, and calling programs in other languages that act on the contents of fields during data entry.

For information on other things that can be done in Check Code, refer to the sections covering the Command Reference and Functions and Operators.