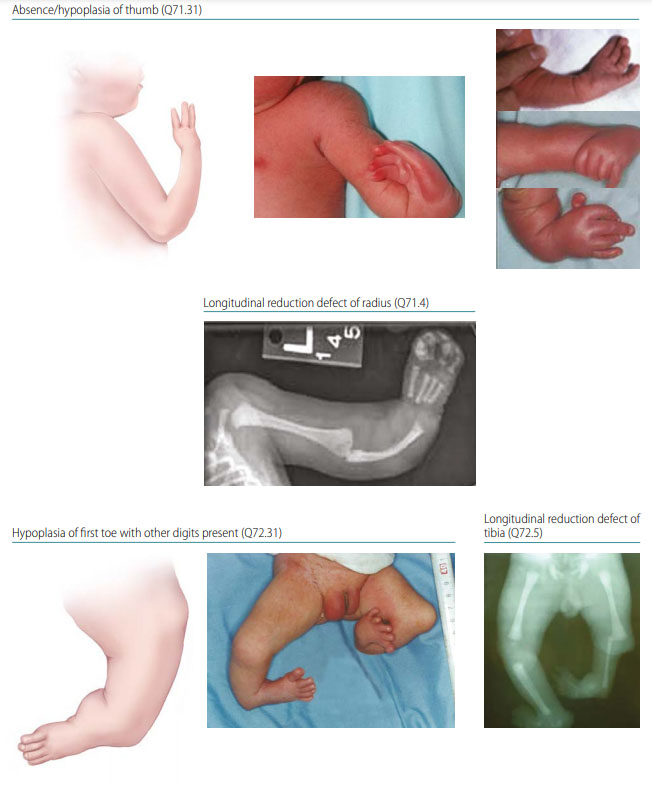 Postnatal. The newborn examination can identify a longitudinal preaxial limb deficiency and distinguish it from other limb reduction defects (e.g. longitudinal postaxial defects). An accurate and complete diagnosis requires a detailed physical examination aided by radiography to characterize completely the bony anatomy.

Radial deficiency is often associated with hypoplasia or aplasia of the thumb and bowing of the ulna (so-called radial club hand, angulated to the radial side of the wrist). Isolated thumb hypoplasia or triphalangeal thumb is the mildest manifestation of a preaxial deficiency.

Longitudinal preaxial defects of the lower limb include absence or hypoplasia of the first toe with or without hypoplasia or absence of the tibia. Tibial deficiencies are often associated with equinovarus deformities, and there may be fibular hypoplasia/aplasia.