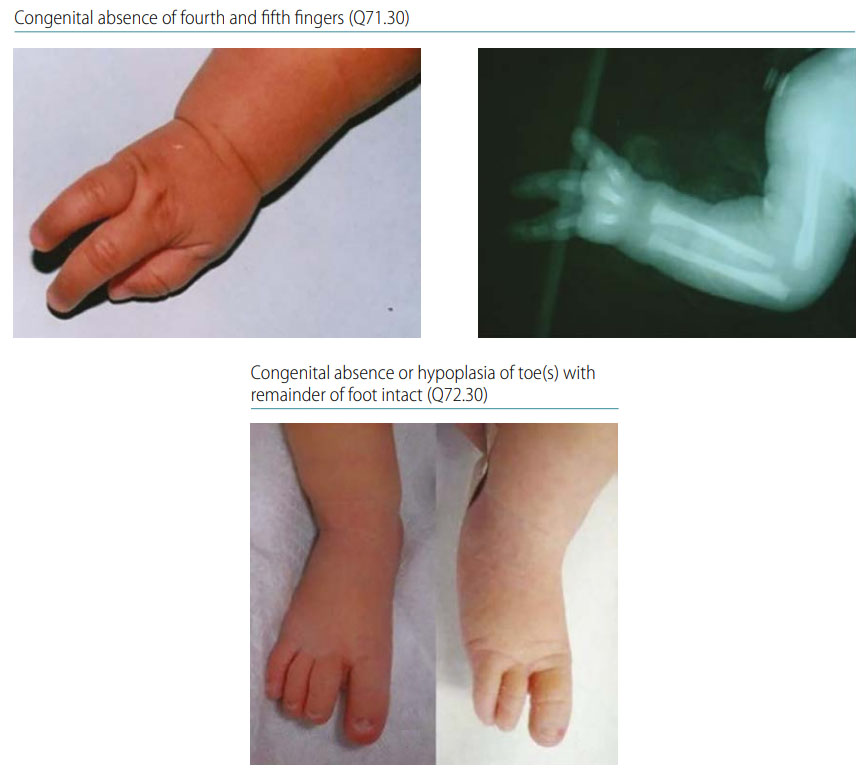 Postnatal. The newborn examination confirms the diagnosis of longitudinal postaxial limb deficiencies and distinguishes it from other limb reduction defects (e.g. longitudinal preaxial defects). It is important to underline the need for a proper examination of cases, in order to confirm the absence of the postaxial segment of the upper or lower limb. For these purposes, a radiological examination is essential.

Absence or hypoplasia of the ulna is much more likely to be a partial deficiency affecting only one arm. With complete absence of the ulna there is often a marked flexion deformity of the elbow. The hand can be straight or angulated to the ulnar side of the wrist. Ulnar deficiency is less common than radial deficiency.