Milder cases of hypoplasia with normal shape are also excluded from this definition of limb deficiency. The main reason is that such presentation does not require treatment and can be considered a minor anomaly. Examples include brachydactyly without severe hypoplasia or absent bones of hand or feet (Q74.80); or clinodactyly, defined as absence/marked hypoplasia of middle phalange of the fifth finger (Q68.10).

Other conditions that are not included in this definition are severe syndactyly (Q70) with partial absence of digits, and sirenomelia (Q87.24), a severe sequence with fusion of lower limbs and visceral anomalies.

Table 4.1. Types of limb deficiencies by axis and segment involved

Fig. 4.35. Types of limb deficiencies by axis and segment involved 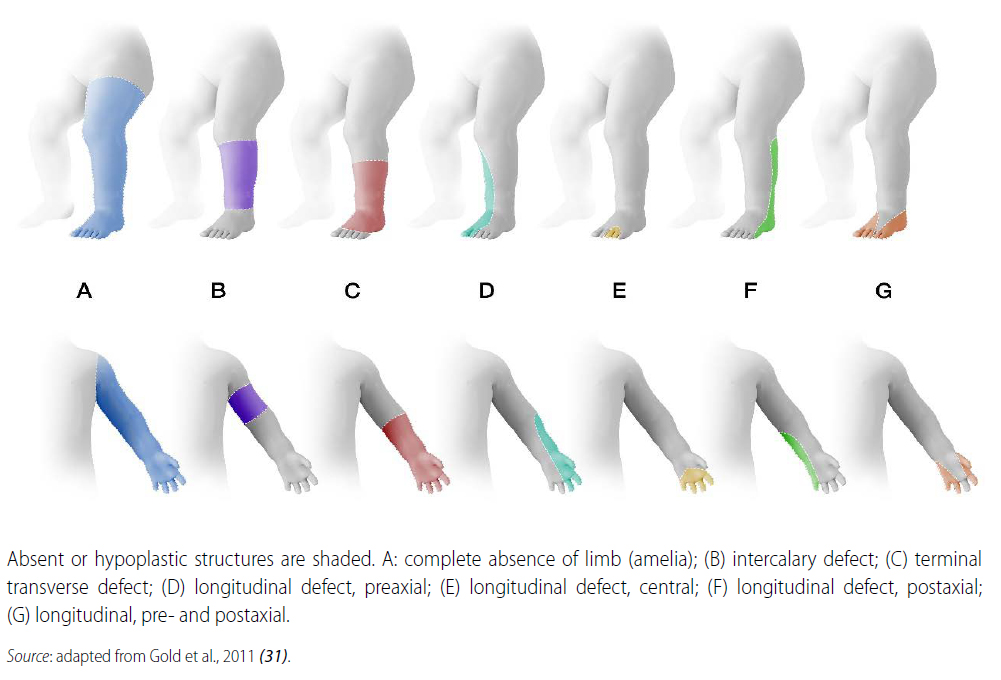