Hypoplastic left heart syndrome (HLHS) is structural heart anomaly characterized clinically by varying degrees of heart failure (cardiogenic shock) in the newborn and anatomically by an underdeveloped left side of the heart, especially the left ventricle and aorta (see Fig. 19). 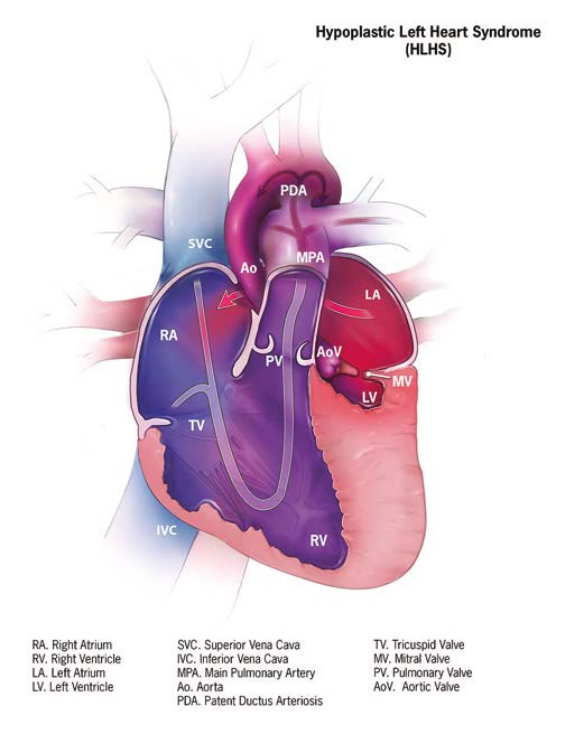 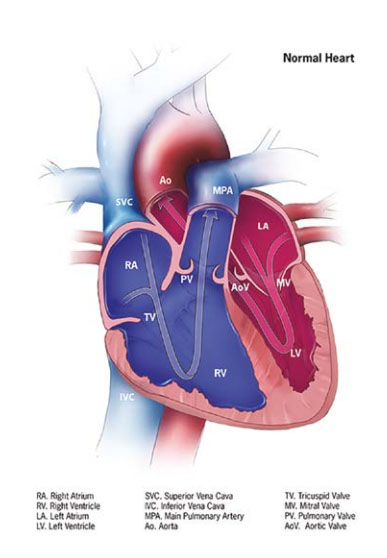 Prenatal. HLHS can be suspected and, in expert hands, diagnosed prenatally. Prenatal diagnoses should be confirmed postnatally; for example, by echocardiography.

Postnatal. In HLHS, the norm is early-onset heart failure (cardiogenic shock). The timing of heart failure varies. Some cases, especially in the presence of a widely open ductus arteriosus, might be missed in the early newborn period and can become clinically obvious only after the ductus closes, which can happen after discharge from the nursery.

As with other severe heart disease, newborn screening via pulse oximetry – which is based on the non-invasive detection of low peripheral oxygen saturation – can detect many cases before they become clinically obvious. Other cases can be suspected because of absence of pulses. The final, specific diagnosis is readily made by echocardiography.

HLHS can occur in association with genetic conditions, though in >75% of cases it seems to be an isolated condition. Family members may have subtle variants of left-sided heart defects, which may require echocardiograms for diagnosis.

Some common genetic syndromes associated with HLHS include Turner syndrome, Noonan syndrome and the common trisomies.

Notes:
Left-sided obstructive defects such as aortic stenosis/atresia and mitral stenosis/atresia may occur together but do not necessarily qualify as a diagnosis of HLHS. The latter diagnosis should be made by an expert clinician such as a paediatric cardiologist.