Where Valley Fever (Coccidioidomycosis) Comes From

Where does Coccidioides live? 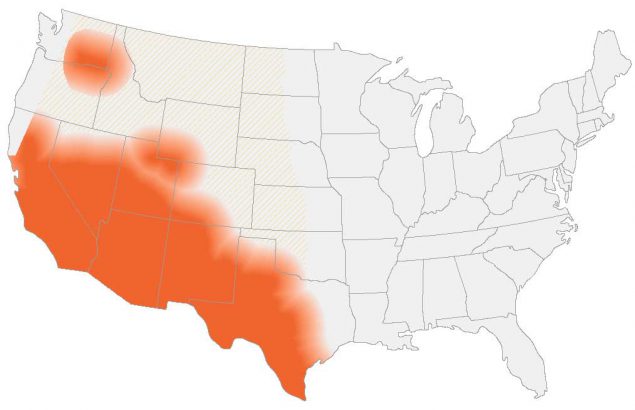 Estimated areas with coccidioidomycosis (Valley fever) in the United States 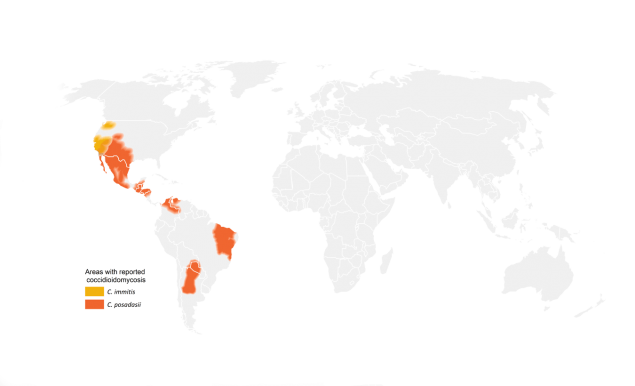 Learn more about this mapexternal icon

Coccidioides spores circulate in the air after contaminated soil and dust are disturbed by humans, animals, or the weather. The spores are too small to see without a microscope. When people breathe in the spores, they are at risk for developing Valley fever. After the spores enter the lungs, the person’s body temperature allows the spores to change shape and grow into spherules. When the spherules get large enough, they break open and releases smaller pieces (called endospores) which can then potentially spread within the lungs or to other organs and grow into new spherules. 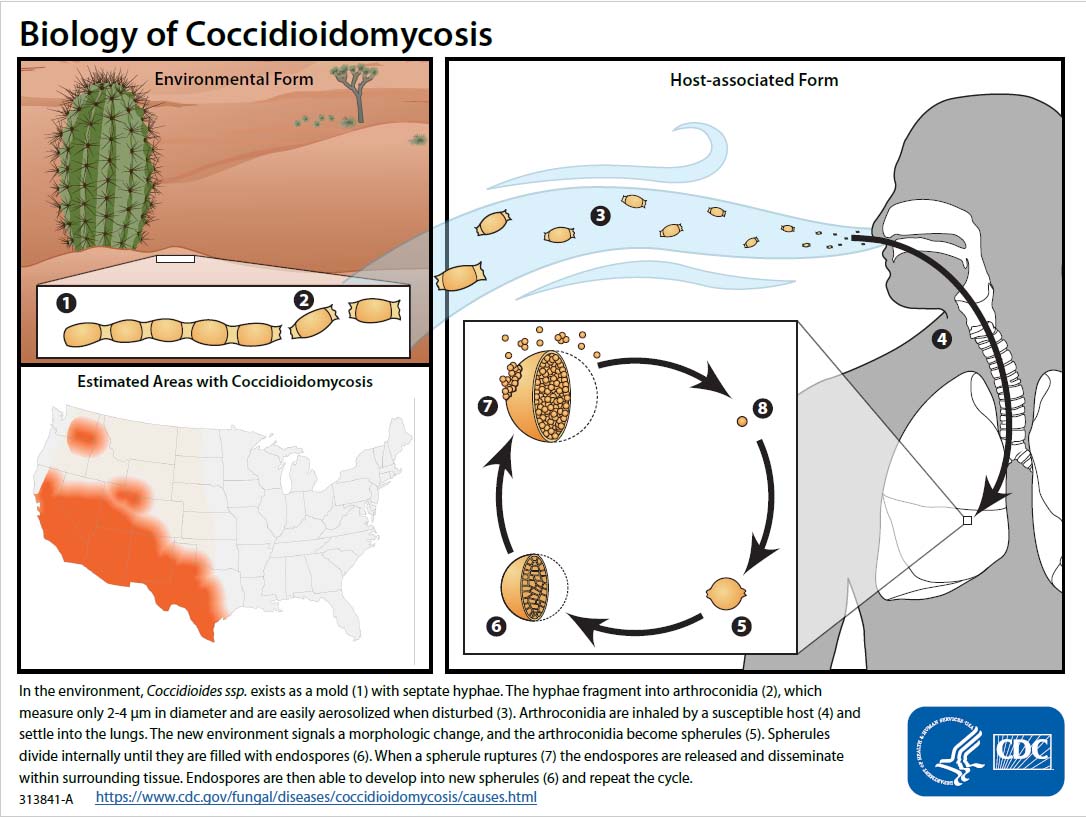 The most common way for someone to get Valley fever is by inhaling Coccidioides spores that are in the air. In extremely rare cases, people can get the infection from other sources, such as: 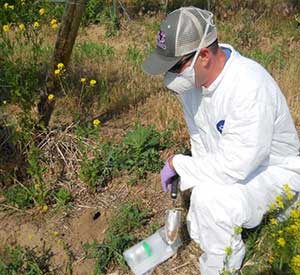 Testing soil for Coccidioides is sometimes done as a research activity.

Click here to learn more about how CDC is using advanced molecular detection (AMD) methods to better understand the geographic distribution of Coccidioides.

Valley Fever and the weather

Scientists continue to study how weather and climate patterns affect the habitat of the fungus that causes Valley fever. Coccidioides is thought to grow best in soil after heavy rainfall and then disperse into the air most effectively during hot, dry conditions. 9 For example, hot and dry weather conditions have been shown to correlate with an increase in the number of Valley fever cases in Arizona 10 and in California (but to a lesser extent). 11 The ways in which climate change may be affecting the number of Valley fever infections, as well as the geographic range of Coccidioides, isn’t known yet, but is a subject for further research.

Scientists believed that Coccidioides only lived in the Southwestern United States and parts of Latin America until discovering it in south-central Washington in 2013 after several residents developed Valley fever without recent travel to areas where the fungus is known to live. Samples from one patient and soil from the suspected exposure site were analyzed using a laboratory technique called whole genome sequencing and were found to be identical, proving that the infection was acquired in Washington.

After this discovery, many unanswered questions remain: How widespread is Coccidioides in Washington? How did it get there? How long has it been living there? Information about where a person was most likely infected with Valley fever, how strains are related, and which areas could pose a risk is essential for raising awareness about the disease among public health officials, healthcare providers, and the public. CDC is working with state and local public health officials and other agencies to better understand where the fungus lives so that healthcare providers and the public can be aware of the risk for Valley fever.