You should not treat rashes that might be ringworm with creams that contain steroids. Talk to your healthcare provider if you think you might have ringworm or if you have ringworm that is not getting better with antifungal treatment. 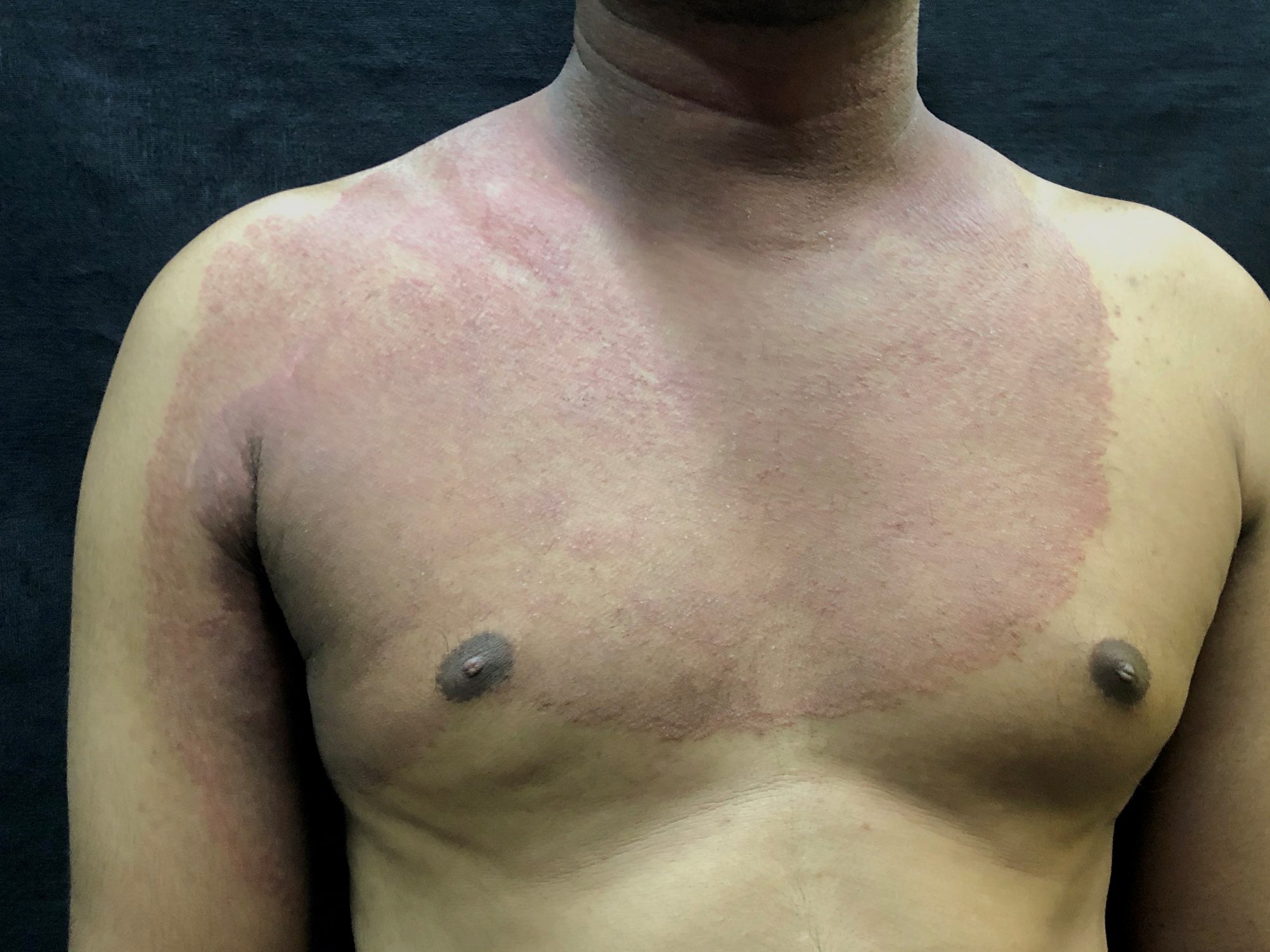 Corticosteroid use can lead to ringworm rashes covering large areas of the body. 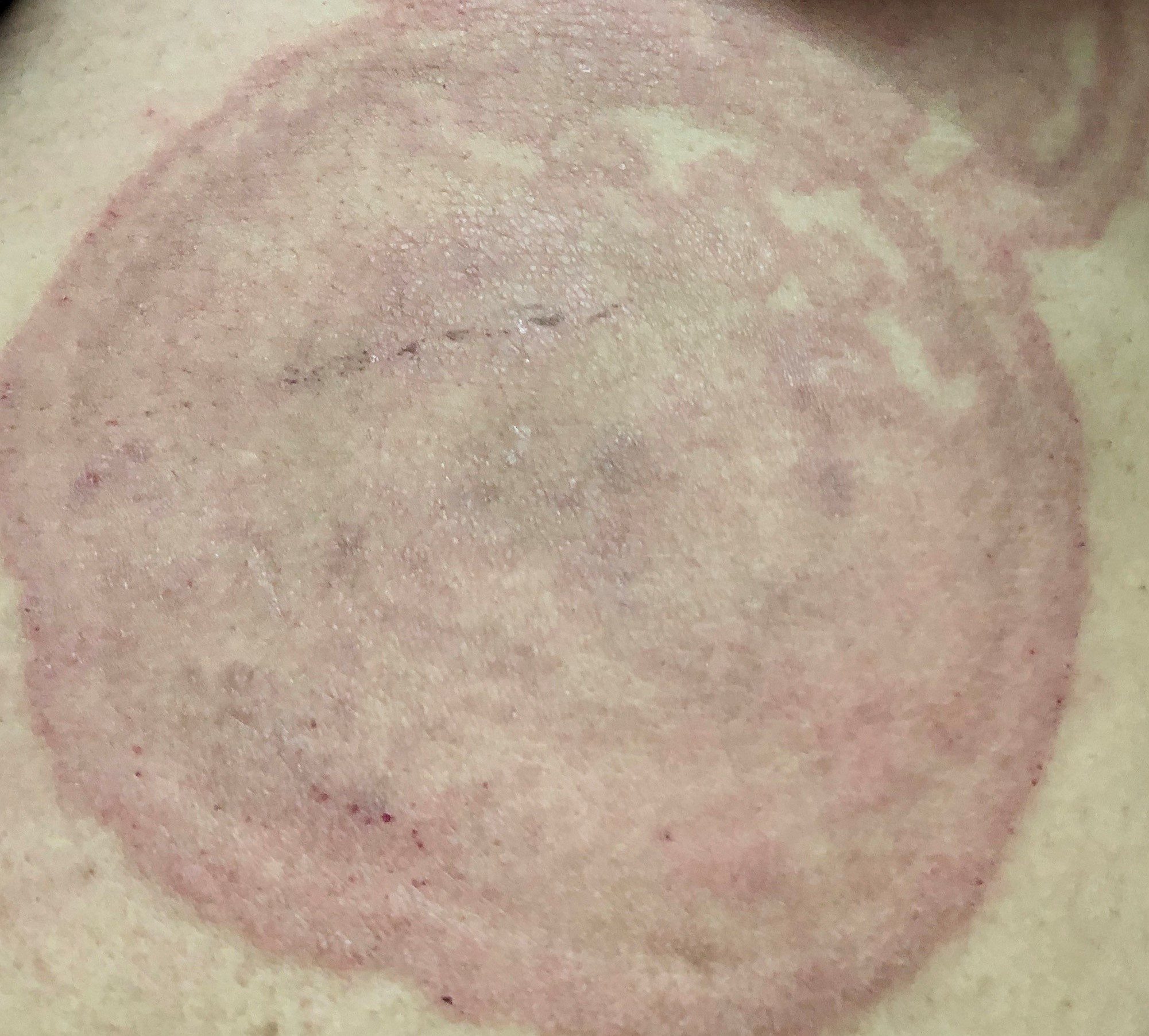 Corticosteroid medications can cause unusual patterns in ringworm rashes, like this “double-edged” pattern that is several inches wide.

Long-term use of combination corticosteroid creams can cause severe redness and burning with ringworm.

Ringworm is a very common cause of skin rashes. People might have a skin rash that they do not realize is caused by ringworm. For this reason, people sometimes apply over-the-counter creams or ointments containing medications called corticosteroids (or “steroids” for short) to their rash. Steroid creams can be helpful for some skin problems and can even temporarily reduce ringworm symptoms like itching and redness. However, steroid creams don’t kill the fungus that causes ringworm.

In the United States, over-the-counter steroid creams are not very powerful, which is why they’re called “low potency.” But in some other countries, people can buy creams containing strong steroids without a prescription. Many of these steroid creams also contain antifungal and antibacterial medicines, and the labels say that the cream can be used to treat fungal infections. However, healthcare providers in India report seeing more cases of severe ringworm in people who have used these combination medications.1-6 These infections have been reported to cover large parts of the body, last for months or longer, and spread to family members.4

If you travel internationally, develop a rash, and think it might be ringworm, be aware that strong over-the-counter steroid creams containing combinations of antifungal and antibacterial medicines can make ringworm worse and can cause other health problems. If a healthcare provider in another country recommends a cream for a rash that might be ringworm, ask what medications are in the cream and whether it contains strong steroids.1

Use of topical corticosteroids on ringworm can lead to:

Combination antifungal and mid-potency corticosteroid creams are available by prescription in the United States. Healthcare providers should be aware that treatment failure has been reported with use of combination therapy for ringworm and the use of certain formulations is not recommended in children.11,12,15

The overuse of steroids to treat ringworm may contribute to antimicrobial-resistant ringworm infections, an emerging public health concern.