Stephen, a doctor in Uganda, has fought multiple, potentially fatal diseases—both professionally and personally. He’s an HIV survivor of more than 20 years. In 1999, he was diagnosed with multidrug-resistant tuberculosis (MDR-TB) and a cancer called Kaposi’s sarcoma. Shortly after that, he became sick again, with a high fever, sensitivity to light, and intense pain and headaches that weren’t going away. “The pain was so bad that I couldn’t even open my eyes.  Nobody should have to go through this,” said Stephen.

Stephen’s doctors ordered tests to figure out what was causing his symptoms. A spinal tap showed that he had cryptococcal meningitis, a brain infection caused by the fungus Cryptococcus. People can breathe in Cryptococcus and not become sick, but people with weakened immune systems, especially those with HIV, can develop a deadly illness. “I was scared. As a physician, I knew the challenges of having meningitis and the potential complications,” said Stephen.

Stephen took antifungal medicine for several weeks to treat his infection. During this time, he continued to lose a lot of weight and had very low energy, struggling to walk and even write. “I remember not being able to cash a check at the bank because they wouldn’t accept my signature,” he recalled. Some people can experience strong side effects when taking antifungal medicines, but Stephen knew this treatment was his best chance to beat the infection. After 6 months of recovery, he was able to return to his normal daily life. “It took a long time and a lot of treatment, but eventually, I did improve, slowly but surely,” Stephen said. Upon his return to work, Stephen became much more open about his HIV status and sought more information about advanced HIV disease. 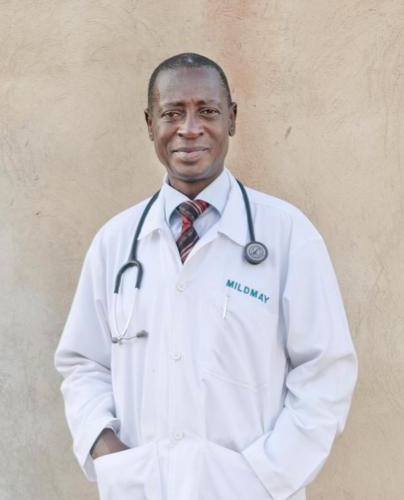 Stephen outside his clinic in Uganda, where he helps treat patients with HIV.

Stephen also wants doctors and patients to know that cryptococcal meningitis is treatable. “People should know that you can still recover if you are diagnosed with this disease. Even at my age of 66, I am quite healthy and have recovered from my illness. This disease can be prevented or treated successfully if people have access to the right tools,” he said, though standards of care vary across countries. Testing and antifungal treatment saved Stephen’s life and can save the lives of hundreds of thousands of other people who get sick with cryptococcal meningitis every year.

* According to World Health Organization guidelines, screening for cryptococcal meningitis is recommended for people with CD4 counts less than 100 and may be considered if CD4 counts are less than 200.