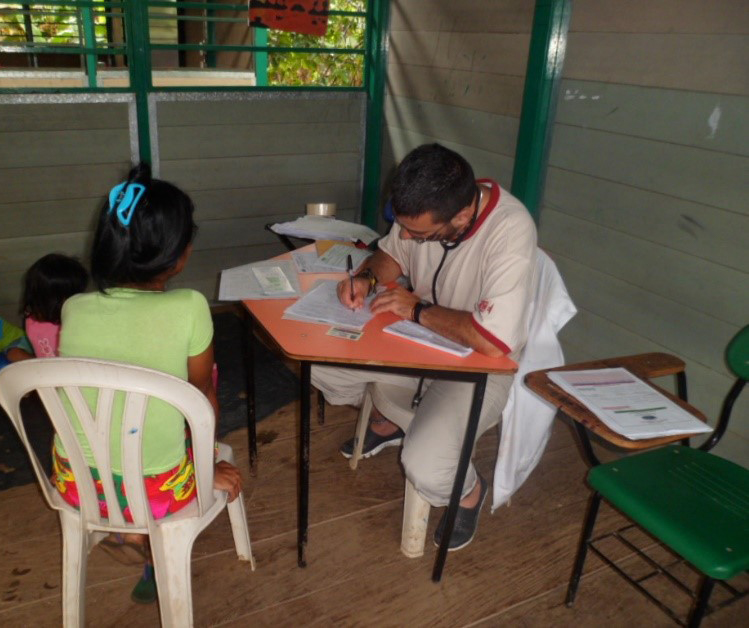 Mauricio with one of his patients.

One night, Mauricio started having fever and body aches. Mauricio, a doctor at a Colombian hospital, figured he just had a cold. But two days later, he was worse, with chills, a headache, a cough, and swollen lymph nodes in his neck. Within a week, he started feeling better, but soon his mysterious illness took an unusual turn: Mauricio suddenly lost sight in his right eye.

He rushed to the emergency department, where the doctors thought he might have a brain injury. An exam of his eye showed that his retina had become detached. Because of Mauricio’s earlier symptoms, doctors also ordered tuberculosis and HIV tests, which came back negative. 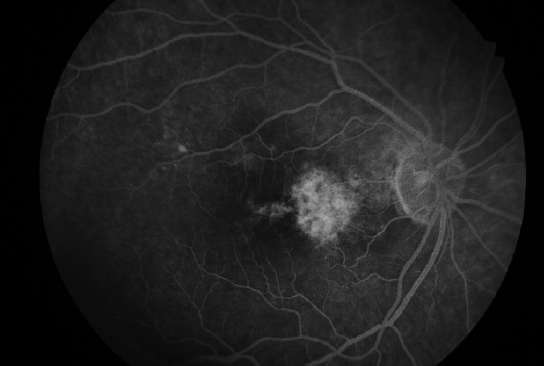 Still searching for a diagnosis, an eye doctor looked inside Mauricio’s eye and noticed a pattern that wasn’t consistent with a head injury or stroke. Instead, the pattern suggested something called ocular histoplasmosis — a syndrome that can happen after someone has had histoplasmosis in their lungs.

Doctors tested Mauricio’s blood for evidence of the fungus. Finally, a month after his symptoms first started, the blood test showed that he had histoplasmosis.

To treat the infection, Mauricio took antifungal medication for one year. He also got medication injected into his eye. However, his medical insurance didn’t cover these medications, so he paid out of pocket, causing a financial burden on him and his family. 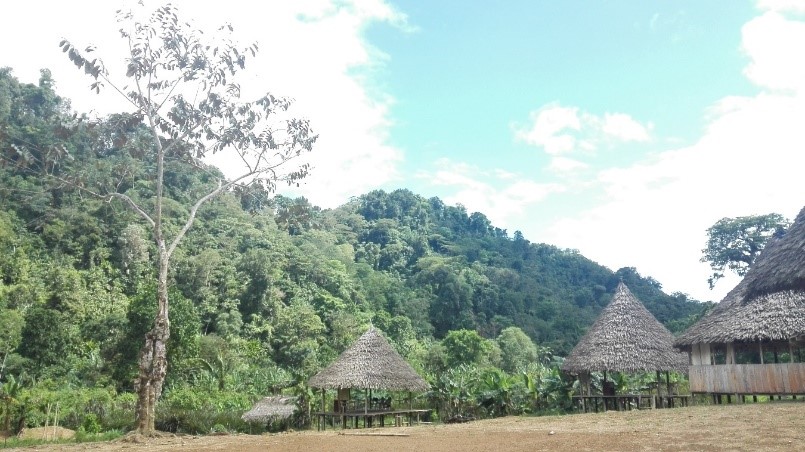 Mauricio often travels to remote areas of Colombia for work.

Now, Mauricio has recovered  and continues to work as a doctor, teacher, and researcher at the Universidad Pontificia Bolivariana, in Medellín, Colombia. Mauricio says it’s important to remember that even though histoplasmosis is common and often deadly in patients with HIV in Latin America, it can also affect healthy people like himself. Lack of access to medicines and their high costs can also have a great impact on the lives of patients and families.

Mauricio also emphasizes the importance of getting diagnosed and treated quickly – even as a doctor himself, getting an accurate diagnosis took a while. He also advocates for stronger diagnostic and treatment guidelines and increased awareness about this disease.