What started with a weeklong fever led to a debilitating disease that changed Heidi’s life completely.

“Every part of my life has changed– it’s not the same life I had beforehand. I had no idea I’d still be recovering from this. I thought it’d just be like normal pneumonia where I take antibiotics for a couple of weeks and I’d be better by now, but it’s been several months, and I’m still recovering,” Heidi said.

Now, she struggles to stand or complete daily tasks without becoming exhausted. She needs 12 to 13 hours of sleep a day, and even has trouble remembering things at times. “I went from being very active with a ton of energy to suddenly sleeping all the time. Even everyday tasks like showering, walking around while grocery shopping, and getting ready for work are just too much for me now” she said.

Heidi’s mysterious illness began with a fever that wouldn’t go away. After seeing the doctor, where she was diagnosed with bronchitis and treated with antibiotics, she felt worse, not better. Soon, she developed a cough so powerful that she could barely move. “I wasn’t sleeping because I was coughing so hard throughout the night. I could even barely walk to the bathroom,” she said. 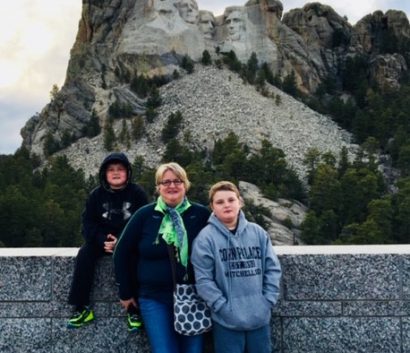 Heidi with her sons at Mount Rushmore.

After countless tests, four rounds of antibiotics, and several wrong diagnoses, doctors were still puzzled. Heidi spent 13 days in the hospital and was initially quarantined because doctors didn’t know if her infection was contagious. An infectious disease doctor ordered many tests to figure out what was wrong. Finally, one of those tests showed that Heidi had blastomycosis, an infection caused by a fungus. “Part of the problem is that blastomycosis is not well-known, except by infectious disease doctors. There needs to be stronger awareness geared towards all doctors”, Heidi said.

Blastomycosis is not contagious, and for most people, it can be treated with antifungal medication. Heidi’s treatment is working, but she still suffers from exhaustion while her body heals.

Before she got sick, Heidi spent time at a cabin in the woods in Minnesota, where she went fishing, swimming, and hiking. The fungus that causes blastomycosis lives in the environment, most commonly in soil and decomposing wood and leaves. But it’s often difficult to know exactly where or how someone was exposed to it.

Heidi’s experience shows the need for greater awareness about blastomycosis, among doctors and the public, so patients can get diagnosed and treated faster.  “I knew nothing about blastomycosis before I got it. The biggest thing is that doctors need to be testing more for this disease,” she said. “After I was diagnosed, they realized they should’ve known since my signs were classic, but there aren’t that many cases, so they just didn’t think about it.”

Heidi also noted the need for more research about the long-term effects of blastomycosis. “The longer it goes untreated, the more it attacks your body, and the worse and worse it gets. There’s also not a lot of information out there about what happens after symptoms and treatment,” she said. I knew I’d be on antifungals but I didn’t understand that I still wouldn’t be feeling good.” 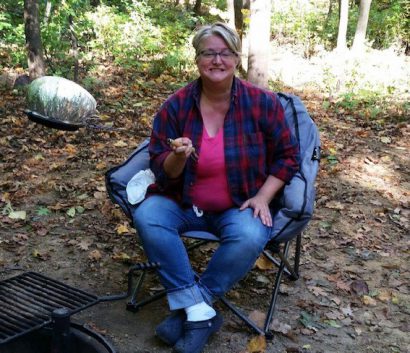