One Health and Fungal Diseases 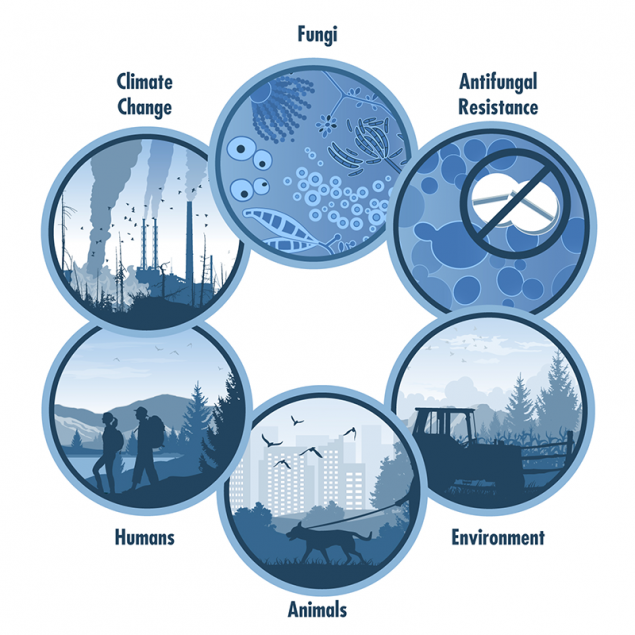 One Health is an approach that recognizes that the health of people is closely connected to the health of animals and our shared environment. One Health involves experts in various fields working together at the local, regional, national, and global levels to improve health. Disease spread by fungi are a One Health issue—fungi that cause human diseases live in the environment and some can spread between animals and people.

Fungi are everywhere. There are millions of fungal species, but only a few hundred of them are known to make people sick. Some fungal diseases, such as ringworm, are zoonotic—meaning that the disease can spread from animals and people. Other fungal diseases, like histoplasmosis, can’t spread from animals and people, but can infect both animals and humans who are exposed to fungi in the environment. Exposure to fungi can also cause other health problems, like asthma and allergies. Natural disasters like flooding can cause fungi to grow quickly. Changes in the environment caused by urban growth and intensive farming practices can also affect fungi and their spread. A One Health approach is important for the prevention and control of fungi that can spread through the environment and between animals and people.

We are only beginning to understand how the interconnections between people, animals, and the environment affect fungal diseases. The following examples show these connections: