Where Blastomycosis Comes From

Where does Blastomyces live?

Blastomyces lives in the environment, particularly in moist soil and in decomposing organic matter such as wood and leaves. In the United States, the fungus mainly lives in the midwestern, south-central, and southeastern states, particularly in areas surrounding the Ohio and Mississippi River valleys, the Great Lakes, the Saint Lawrence River, and the western United States.1,2 The fungus also lives in Canada,3–4 and a small number of blastomycosis cases have been reported from Africa5 and India.6 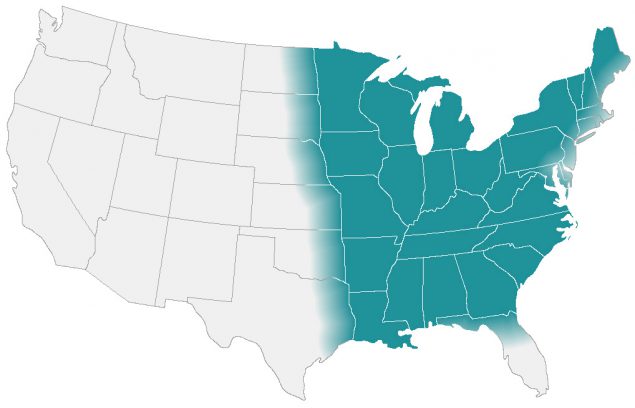 Estimated areas with blastomycosis in the United States 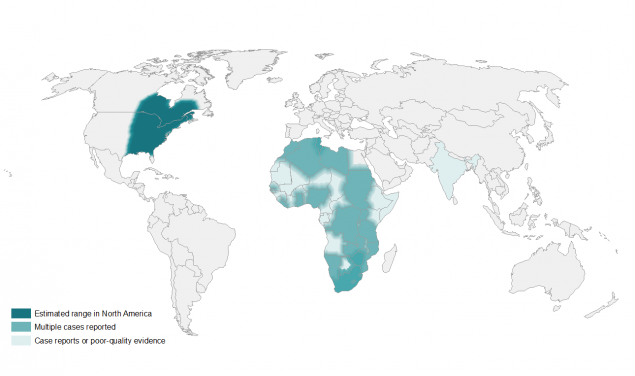 Learn more about this map

Blastomyces lives in the environment as a mold that produces fungal spores. The spores are too small to see without a microscope. When soil or organic material is disturbed, the tiny spores can be released into the air. When people or animals breathe in the spores, they are at risk for developing blastomycosis. After the spores enter the lungs, the body temperature allows the spores to transform into yeast. The yeast can stay in the lungs or spread through the bloodstream to other parts of the body, such as the skin, bones and joints, organs, and central nervous system (brain and spinal cord).

Click here for the PDF version of image [PDF – 1 page] for printing. 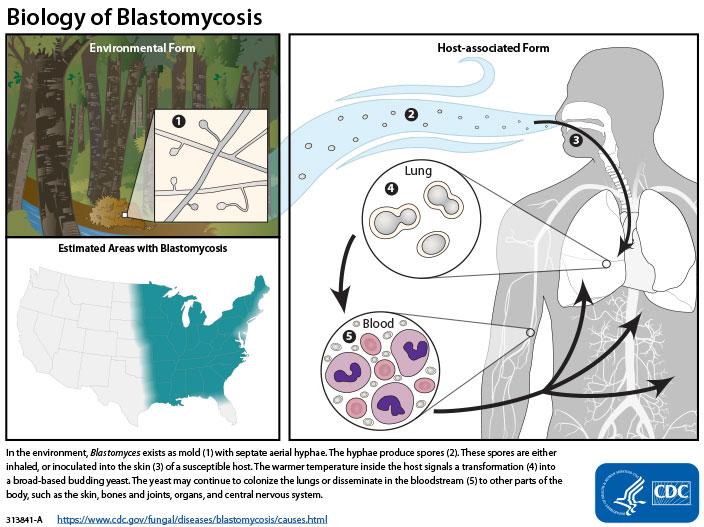 I’m worried that Blastomyces is in the soil near my home. Can someone test the environment to find out if the fungus is there?

Furthermore, there are no commercially available tests to detect Blastomyces in the environment. Testing environmental samples for Blastomyces is currently only done for scientific research.