Healthy and Alive in South Africa; Thanks to Antiretroviral Treatment 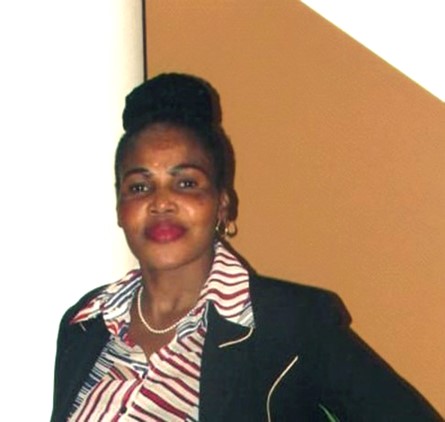 Hilda is alive today because she started antiretroviral treatment immediately after being diagnosed with HIV. | Photo credit: Nosipho Mngoma (The Aurum Institute)

Hilda was sick with a persistent cough, weight loss, and fatigue so debilitating it was a struggle to get out of bed. Her children, thankfully, took her to the Winnie Mandela Clinic in Tembisa, east of Gauteng Province in South Africa.

At the clinic, the 53-year-old received an HIV test and the results were positive. Hilda started taking HIV medication the same day, making, as she put it, the best decision she ever made for herself. “I was very sick. It was God’s mercy that saved me from death. I started treatment immediately and have been taking antiretroviral treatment (ART) daily ever since,” she explained.

For Hilda, the HIV-positive diagnosis was not easy, but she was confident knowing that effective treatment was available.  “No one thinks it will happen to them. But when it happened to me, I had to make peace with it and learn how to live with HIV. After what I went through, I felt this was my second chance at life and did not want to waste it by not adhering to treatment,” Hilda added.

Hilda disclosed her HIV-positive status to her children immediately following her diagnosis and their support means she never forgets to take her medication.  “Everyone in the house knows that at 9 pm, Mama must take her ART. They are the ones who remind me before the alarm goes off. Even when they are not home, I still hear their reminders in my head,” she added.

Hilda takes ART every day, and because of that, her viral load – or amount of the HIV virus in her body – is suppressed and is now undetectable. She explained that the nurses helped her understand HIV and the importance of taking ART as prescribed. “I was treated with respect. The nurses were very patient with me, answering all my questions and helping me deal with the diagnosis and learn how to help others handle it. That is why I encourage others not to allow stigma to turn them away from HIV care. In the end, it is your health and your life,” she added.

Timely diagnosis of HIV infection and sustained ART increases the quality of life for a person living with HIV and prevents the spread of the virus. Putting a PLHIV on ART is the first step towards achieving viral load suppression. Research shows that suppressing HIV to undetectable levels virtually eliminates transmission of the virus to sexual partners. As of September 30, 2021, as part of PEPFAR, CDC supported antiretroviral treatment for 11.8 million people living with HIV around the world.