Early Infant Male Circumcision: A Giant Leap Toward an HIV-Free Generation in Botswana 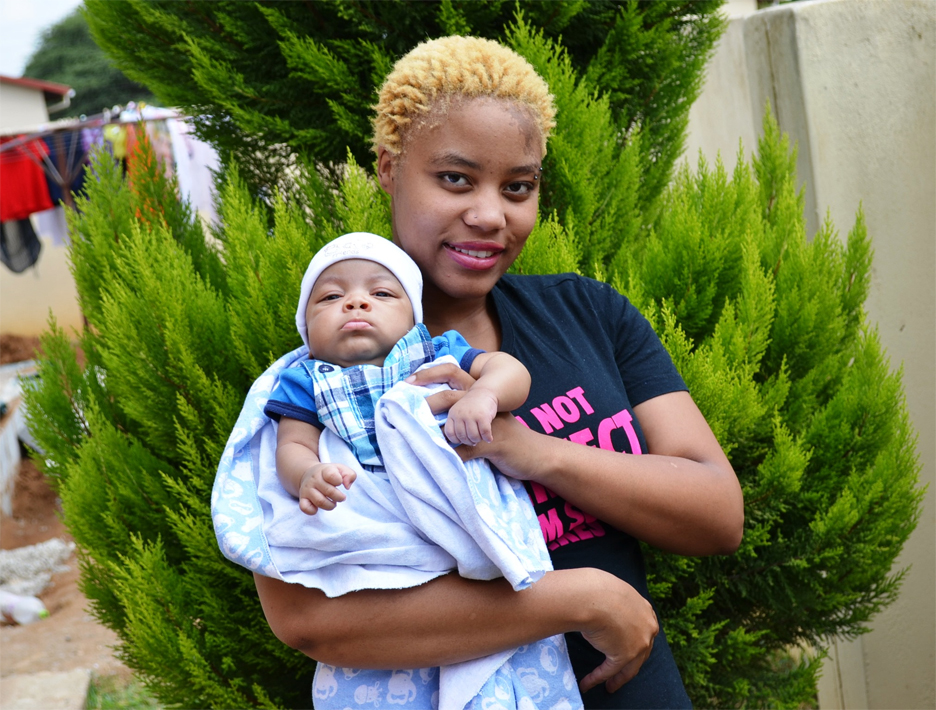 When Kopano Matlhape gave birth to a new baby boy on January 3, 2014 she called him Tyrone – a name with Greek origins meaning “sovereign” – to let the world know there was a new king in town. Like any new parent, she has big dreams for her son’s future and couldn’t help giving him a name that reflected that sentiment.

Above all, the young mother wants to ensure her little king grows up healthy, which is why she decided to have Tyrone circumcised. As a parent of a child in Botswana, a nation with the second highest HIV prevalence in the world, the decision just might save his life.

“I wanted to give him the chance to live freely and not worry as much about diseases,” the 22-year-old mother said, referring to the studies that have shown circumcision helps decrease the risk of HIV and other sexually transmitted infections in males. “Of course, we know this doesn’t mean he is free to do anything, but it does give him a head start in the world.”

Baby Tyrone was among the first infants in Botswana circumcised with one of two newly introduced medical devices for infants rolled out by the Ministry of Health earlier this year. Doctors and midwives were trained in January by experts from CDC. The new procedure is bloodless and requires no anesthesia or suturing.

Health officials say that not only will infant circumcision help protect boys from HIV when they become sexually active later in life, but that it also protects infants and boys from serious health complications such as urinary tract infections and paraphimosis, a condition that can lead to pain and swelling of the penis and may require surgery.

“He was a brave little boy,” said Matlhape about her son’s experience. “I really expected he would be crying the whole day and night, but he was just quiet. It was a fairly quick procedure, and I am happy we did this.”

The rollout of Early Infant Male Circumcision in Botswana may be one of several indications that the Safe Male Circumcision (SMC) program has turned a corner in Botswana. Between April 2013 and February 2014, the national SMC program recorded 42,679 circumcisions, about 85% of its annual target and 10,000 more than the previous year.

More targeted demand creation campaigns and a fleet of new mobile outreach clinics may help explain the recent upsurge in voluntary circumcisions in Botswana. Or perhaps it’s the promise of new SMC devices that make the procedure easier and faster.

The U.S. government through the U.S. President’s Emergency Plan for AIDS Relief (PEPFAR) has supported Botswana’s SMC program from its inception in 2009 with nearly $25 million and technical assistance over the past five years. In 2013, PEPFAR restructured its support to a single-partner model and chose Jhpiego, a development organization affiliated with Johns Hopkins University, as the single implementing partner for all CDC-funded activities related to the SMC program.

The Ministry of Health also plans to roll out the PrePex male circumcision device following the completion last year of a six-month pilot study sponsored by PEPFAR. The medical device is placed on the penis with no cutting of the foreskin involved, and allows men to continue working with the device in place for seven days.

As for infant circumcisions, the national program began in late January and has already recorded more than 250 completed procedures. The two new devices, Mogan Clamp and AccuCirc, are being administered on healthy newborns as early as eight hours after birth. With help from CDC Botswana, the MOH is training doctors and midwives – as the first line of contact with babies at maternity clinics – in Gaborone, Ramotswa, Mochudi and Francistown.

“If we can integrate infant circumcision into the maternity wings and convince mothers that this is a good idea, this one can be a big win,” says Conrad Ntsuape, the national SMC Coordinator.