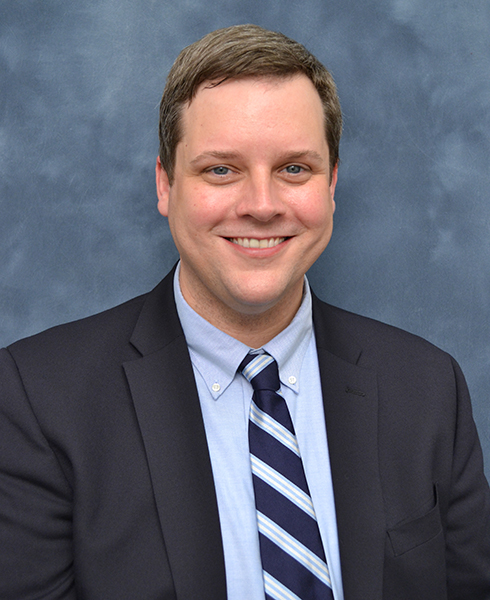 Director of the Division of Global HIV & TB

Hank Tomlinson, Ph.D., serves as the Director of the Division of Global HIV & TB at the U.S. Centers for Disease Control and Prevention (CDC). In this role, he guides the management of CDC’s global TB and HIV treatment, care and prevention programs and the division’s 1,800 staff in 45 country offices and headquarters in Atlanta. Prior to being named Director of the Division of Global HIV & TB, Dr. Tomlinson served as the Division’s Principal Deputy Director, and he also served as Country Director and Division of Global HIV & TB Program Director for the CDC field office in Nigeria. Dr. Tomlinson began his career at CDC in 2008 in the Division of HIV/AIDS Prevention, where his work focused on strengthening the capacity of the HIV workforce to implement science- and evidence-based interventions for HIV prevention, care and treatment. Dr. Tomlinson earned his bachelor’s degree in psychology from Emory University and his doctoral degree in clinical psychology from Duke University. He completed his residency in clinical psychology at the University of Maryland Medical Center and Baltimore VA Hospital. His published work addresses the epidemiology of HIV among men who have sex with men; the development, evaluation, and dissemination of interventions to reduce sexual risk behavior for acquisition and transmission of HIV; and the diffusion of innovations. 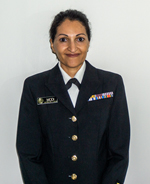 Surbhi Modi, M.D., M.P.H., is a Commander in the Commissioned Corps of the United States Public Health Service. Commander Modi is the Principal Deputy Director for CDC’s Division of Global HIV & TB. She previously served as Chief of the Maternal and Child Health Branch from May 2018 to June 2020. In her role as Maternal and Child Health Branch Chief, Commander Modi led work to improve outcomes for children, adolescents and pregnant and breastfeeding women living with HIV. Commander Modi also led the Division’s work to address global concerns about the safety of dolutegravir in women of reproductive potential. Commander Modi has worked at CDC since 2007 and in the Division of Global HIV & TB since 2008. In her 12 years with the Division, Commander Modi has worked as an Epidemic Intelligence Service Officer with the TB/HIV Team in the HIV Care and Treatment Branch, a Medical Officer with the Pediatric and Adolescent HIV Team, and as Lead of the Maternal and Infant HIV Team. Commander Modi earned her Master of Public Health degree in International Health Policy from the George Washington University and completed her M.D. and Preventive Medicine residency training at Emory University’s School of Medicine. 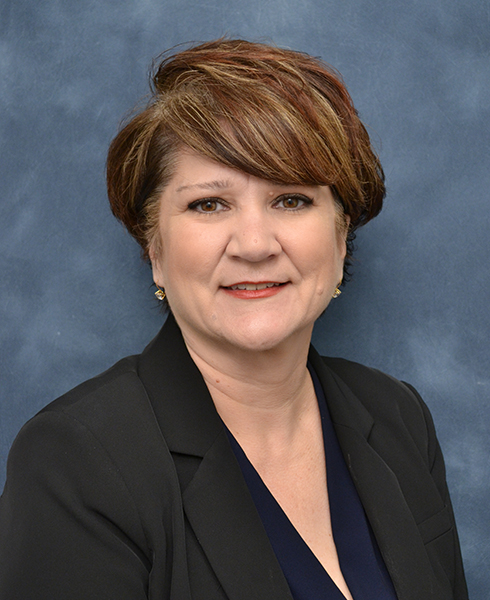 Heather Pumphrey, M.A., is the Deputy Director for Management and Overseas Operations in CDC’s Division of Global HIV & TB, and has been the Branch Chief of the Division’s Program Budget and Extramural Management Branch since the branch’s inception in 2010, while concurrently serving as the Division’s Associate Director for Program Management. Heather began her career at CDC in 1999 with the Leadership In Fighting an Epidemic initiative and continued with the President’s Emergency Plan for AIDS Relief when it came to fruition in 2004. Heather earned an undergraduate degree in Social Work from the University of Georgia in Athens, Georgia and a Master of Arts in Public Administration from Sul Ross State University in Alpine, Texas. 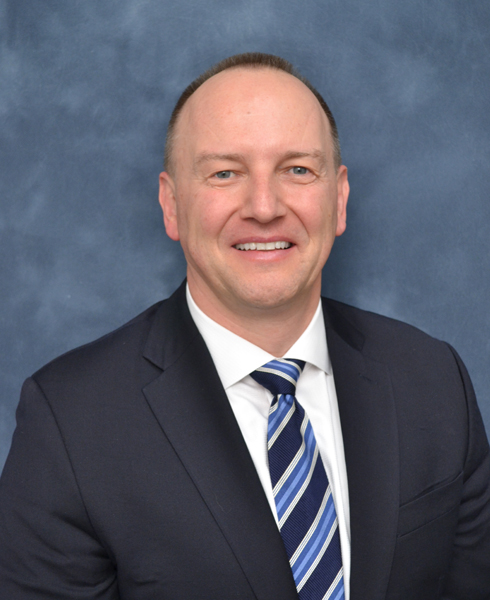 Josef Amann, M.D., M.P.H., is the Associate Director for Program in CDC’s Division of Global HIV & TB. Dr. Amann first came to CDC to serve in the Epidemic Intelligence Service in 2002. After completion of the fellowship, he served as Clinical Technical Advisor in the Sustainable Management Development Program. In this position, he worked with Ministries of Health in Africa and Asia to strengthen the performance and management capacity of HIV/AIDS, TB, and neglected tropical disease control programs to deliver effective and efficient programs and services. He joined CDC’s Division of Global HIV & TB in 2009 as a member of the HIV Care and Treatment Branch. Dr. Amann completed medical school at the University of Ulm in Germany and holds a Master of Public Health degree from Emory University.

William Levine, M.D., M.Sc., is the Associate Director for Science in CDC’s Division of Global HIV & TB and Chief of the division’s Science Integrity Branch, which coordinates CDC-sponsored implementation science research and adherence to human subjects’ protection policies in country programs supported by the U.S. President’s Emergency Plan for AIDS Relief (PEPFAR). Dr. Levine joined CDC in 1988 as a medical officer in the Epidemic Intelligence Service. He subsequently worked in the areas of sexually transmitted disease and HIV prevention, care, and treatment in the United States and abroad. After receiving a bachelor’s degree in politics from Princeton University and a master’s degree from the London School of Economics, he completed medical school at Northwestern University and residency training in internal medicine at Boston City Hospital. Dr. Levine is board certified in internal medicine and is a captain (retired) in the U.S. Public Health Service.

Laura Porter, Ph.D., serves as the Associate Director for Data Integration and Analysis in CDC’s Division of Global HIV & TB. Dr. Porter has 20 years of experience in domestic and global public health, with technical leadership in monitoring and evaluation, surveillance, and survey design and analysis. She began working at CDC’s Global AIDS Program in 2004 as an epidemiologist on the surveillance team. She served as lead of the Monitoring and Evaluation team from 2007 to 2010, and chief of the Epidemiology and Strategic Information Branch from 2010 to 2016. Dr. Porter earned a Bachelor of Arts degree in 1988, with a major in Behavioral Biology, from the Krieger School of Arts and Sciences at the Johns Hopkins University and holds a Ph.D. from the Bloomberg School of Public Health at the Johns Hopkins University with concentrations in demography and epidemiology.

Nalinee Sangrujee, Ph.D., serves as the Associate Director for Health Economics in CDC’s Division of Global HIV & TB, as well as Chief in the Economics and Health Services Research Branch. Dr. Sangrujee provides strategic leadership in the area of health economics, health systems and health services research to senior agency and Office of the U.S. Global AIDS Coordinator officials. Prior to assuming this position, she worked as the Deputy Coordinator of Strategic Information and Economics at the Office of the U.S. Global AIDS Coordinator. She first joined CDC in 2001 at the Global Immunization Division, and has been with the Division of Global HIV & TB since 2009. Dr. Sangrujee received her Ph.D. in Agricultural and Resource Economics from the University of California at Berkeley. She has a BA from Johns Hopkins University and MPH from Tulane University. 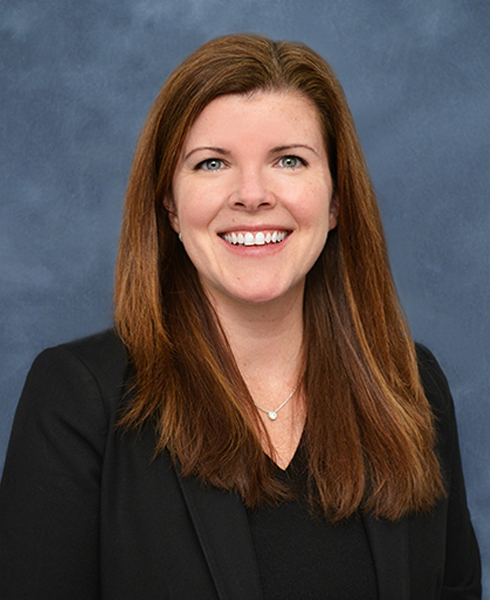 Chief of the International Laboratory Branch

Dr. Alexander began her career at CDC in 2005 as a member of the Division of Tuberculosis Elimination, International Research and Programs Branch, where she led multidrug-resistant TB diagnostic test evaluations and implementation studies in multiple high-burden countries. In 2010, Dr. Alexander joined the Division of Global HIV & TB’s International Laboratory Branch where, in the roles of TB and Opportunistic Infections Unit Lead and then TB and Clinical Monitoring Team Lead, she focused on refining and operationalizing quality-assured laboratory and diagnostic networks for TB and CD4 testing services in PEPFAR-supported and CDC global TB priority countries. Dr. Alexander has served as International Laboratory Branch Chief since 2017 and holds a Ph.D. in Microbiology and Molecular Genetics from Emory University. 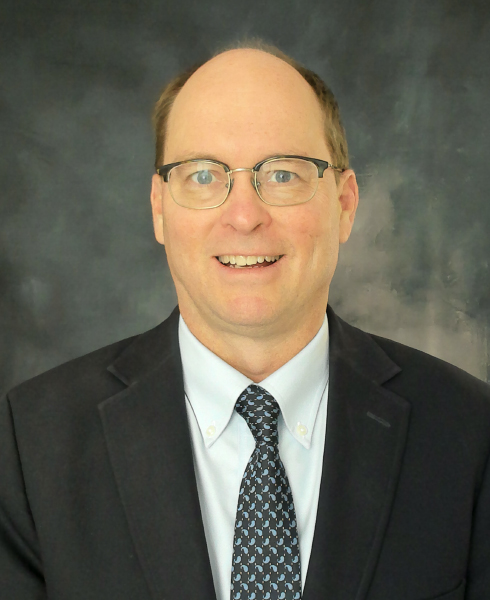 Chief of the Overseas Strategy and Management Branch

Jeff Hanson, Ph.D., M.P.H., serves as the Chief of the Overseas Strategy and Management Branch in CDC’s Division of Global HIV & TB. Most recently, Dr. Hanson has served as the Regional Associate Director for Tanzania, South Sudan, and Zambia. He returned to headquarters in August 2018 with 24 years of experience in domestic and global HIV/AIDS. He previously served as CDC Country Director in Ethiopia (2013-2018), where he successfully led a major HIV program transition to Ministry of Health-led direct implementation. He also played a lead role in two new important public health initiatives, CDC’s Global Health Security Agenda programming and the Africa CDC. Dr. Hanson has served in leadership roles in CDC’s Division of Global HIV & TB at both headquarters and country levels, including as Country Director in Namibia, as Epidemiologist in the then-nascent CDC Rwanda office, and as an HIV Surveillance Epidemiologist in the early days of the Global AIDS Program that pre-dated the U.S. President’s Emergency Plan for AIDS Relief. 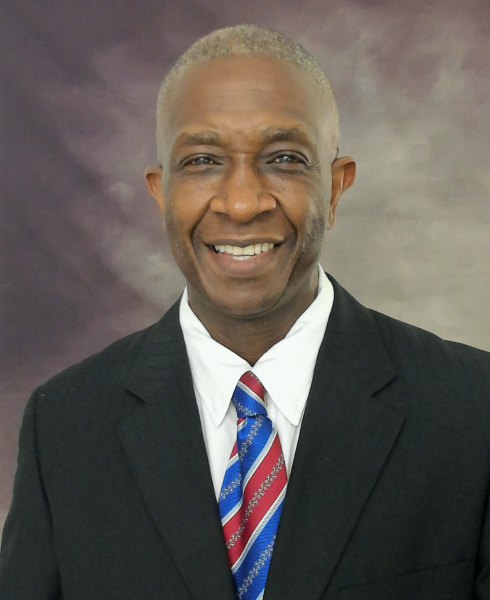 Christopher Parker, Ph.D., serves as the Program Management Official in CDC’s Division of Global HIV & TB . Dr. Parker previously served with CDC in the National Center for Birth Defects and Developmental Disabilities’ Division of Blood Disorders, where he served as Deputy Division Director from 2005 to 2015. Dr. Parker has been with CDC for more than 30 years and has a rich experience supporting maternal and child health programs, as well as supporting field operations domestically. He holds a Ph.D. in Health Science from Touro University. He has graduate degrees from Emory University (MPH) and Louisiana State University (MPA). He completed his undergraduate work at the University of Mississippi in Respiratory Therapy.
Page last reviewed: June 23, 2021, 11:10 am
Content source: Centers for Disease Control and Prevention