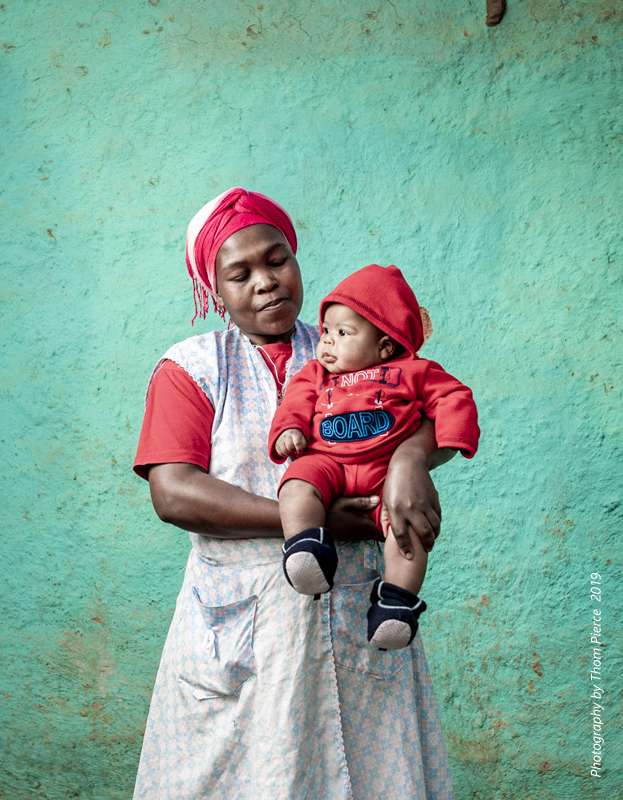 A recent study published in the May 15, 2020 edition of CDC’s Morbidity and Mortality Weekly Report (MMWR)pdf icon found that when mothers were diagnosed with HIV and started antiretroviral treatment (ART) before they became pregnant, their babies were more likely to remain HIV-free.  This finding was based on population-based surveys from eight sub-Saharan African countries (Eswatini, Lesotho, Malawi, Namibia, Tanzania, Uganda, Zambia, and Zimbabwe).

The study looked at 33,863 births and found that children born to mothers living with HIV were less likely to *survive until the age of 3 compared to mothers without HIV. Among children born to mothers with HIV, the likelihood of being alive and HIV-free was 85 percent. However, this increased to 93 percent when mothers started ART before pregnancy and 88 percent when mothers started ART sometime during pregnancy. By comparison, those children whose mothers did not receive ART at any stage of pregnancy had only a 53 percent chance of HIV-free survival beyond three years.

These data suggest that expanding critical HIV services to identify HIV-positive women of reproductive age and offer ART before they get pregnant is crucial to ending mother-to-child transmission of HIV. “The health of the mother and her children are inextricably linked. This study clearly shows the earlier we reach HIV-positive women with treatment, the better the chances are for their children to survive and stay HIV-free,” says Sasi Jonnalagadda from DGHT’s Epidemiology and Surveillance Branch, who led this analysis. 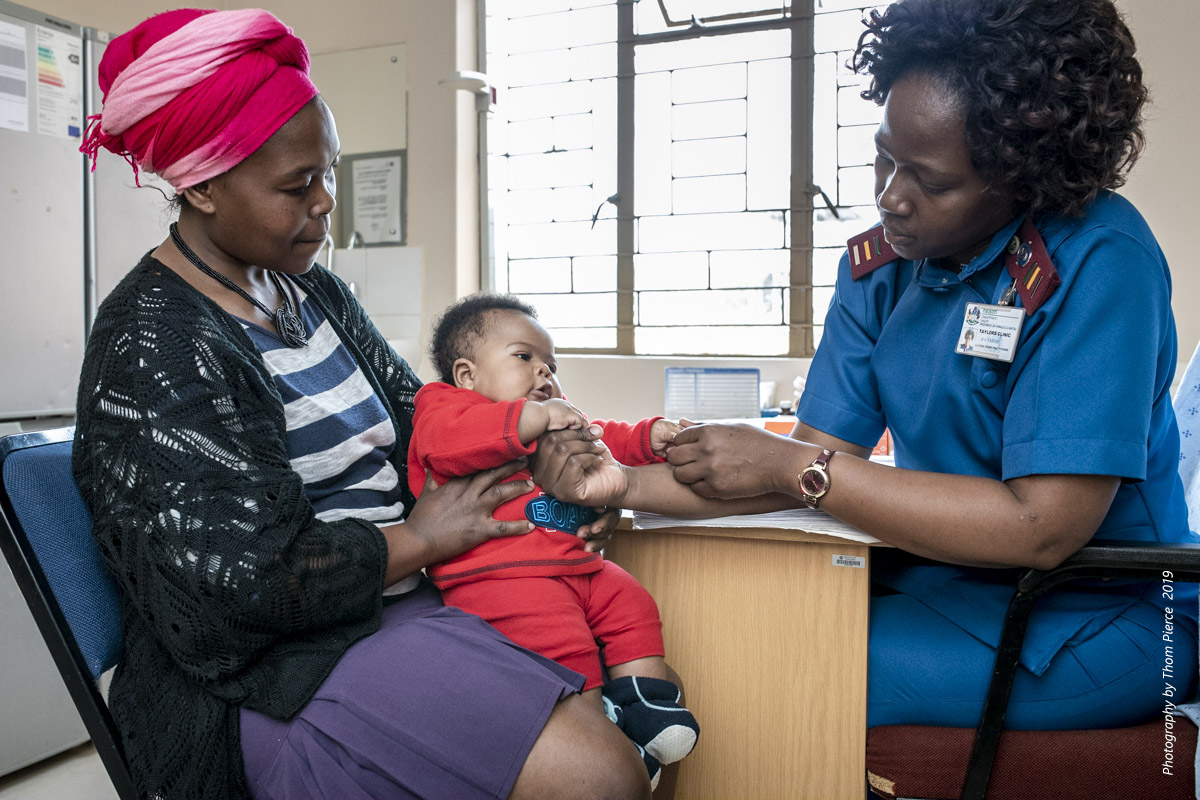 Mother-to-child transmission of HIV can occur during pregnancy, delivery, or breastfeeding. According to the Joint United Nations Programme on HIV/AIDS (UNAIDS), the estimated number of new cases of HIV among children in 2019 (150,000) was nearly eight times the 2020 global target. Sustained HIV treatment for mothers has shown tremendous success in preventing HIV infection in, and increasing the life expectancy of, babies.  But more needs to be done to reach the global goals for the elimination of new HIV infections among children.

CDC plays a key role in expanding and ensuring the quality of prevention of mother-to-child HIV transmission (PMTCT) programs.  In 2019, through PEPFAR, CDC supported treatment for 482,000 HIV-positive pregnant women to reduce the risk of mother-to-child transmission. CDC is also partnering with Ministries of Health to expand access to early HIV testing for women and their infants, with same-day and rapid linkage to treatment for those living with HIV. 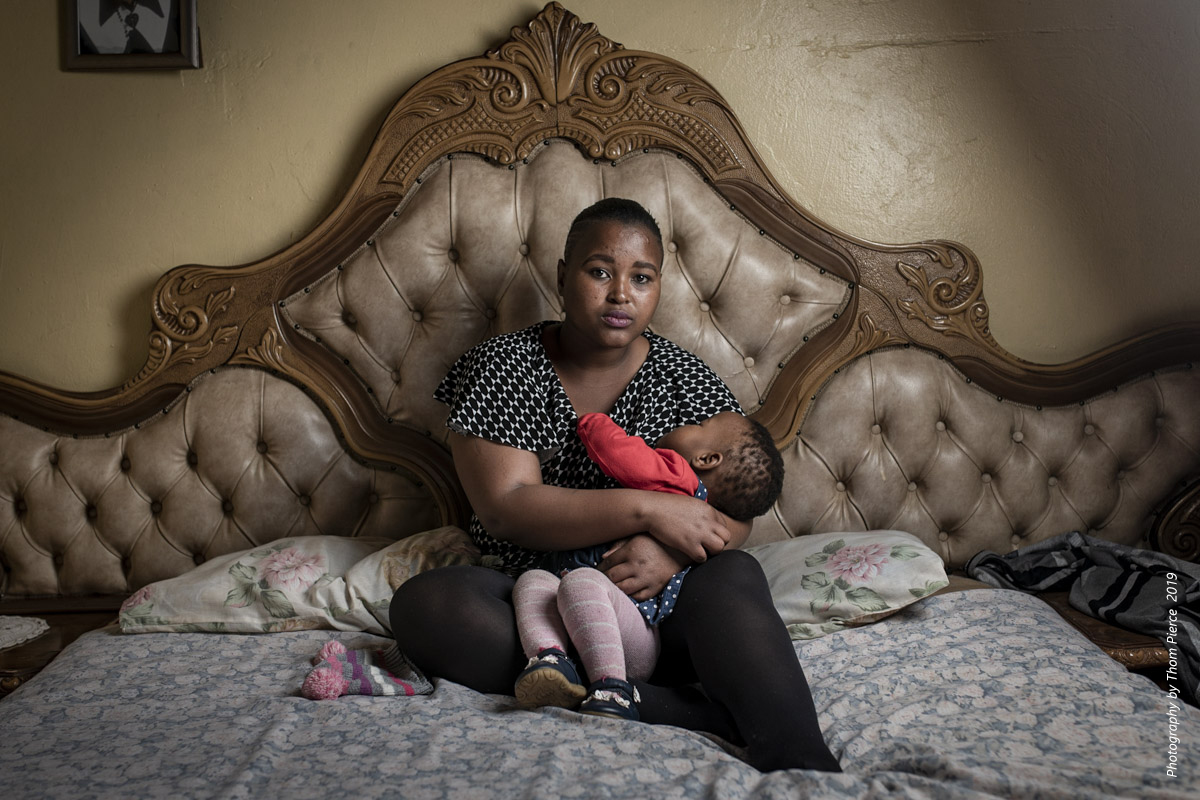 All photos by: Thom Pierce

*For this analysis, HIV-free survival was defined as the child being alive and HIV-negative at the time of the survey, as determined by either the HIV testing conducted during the survey or the maternal report of the child’s HIV status.
Page last reviewed: August 4, 2020, 10:15 AM
Content source: Centers for Disease Control and Prevention