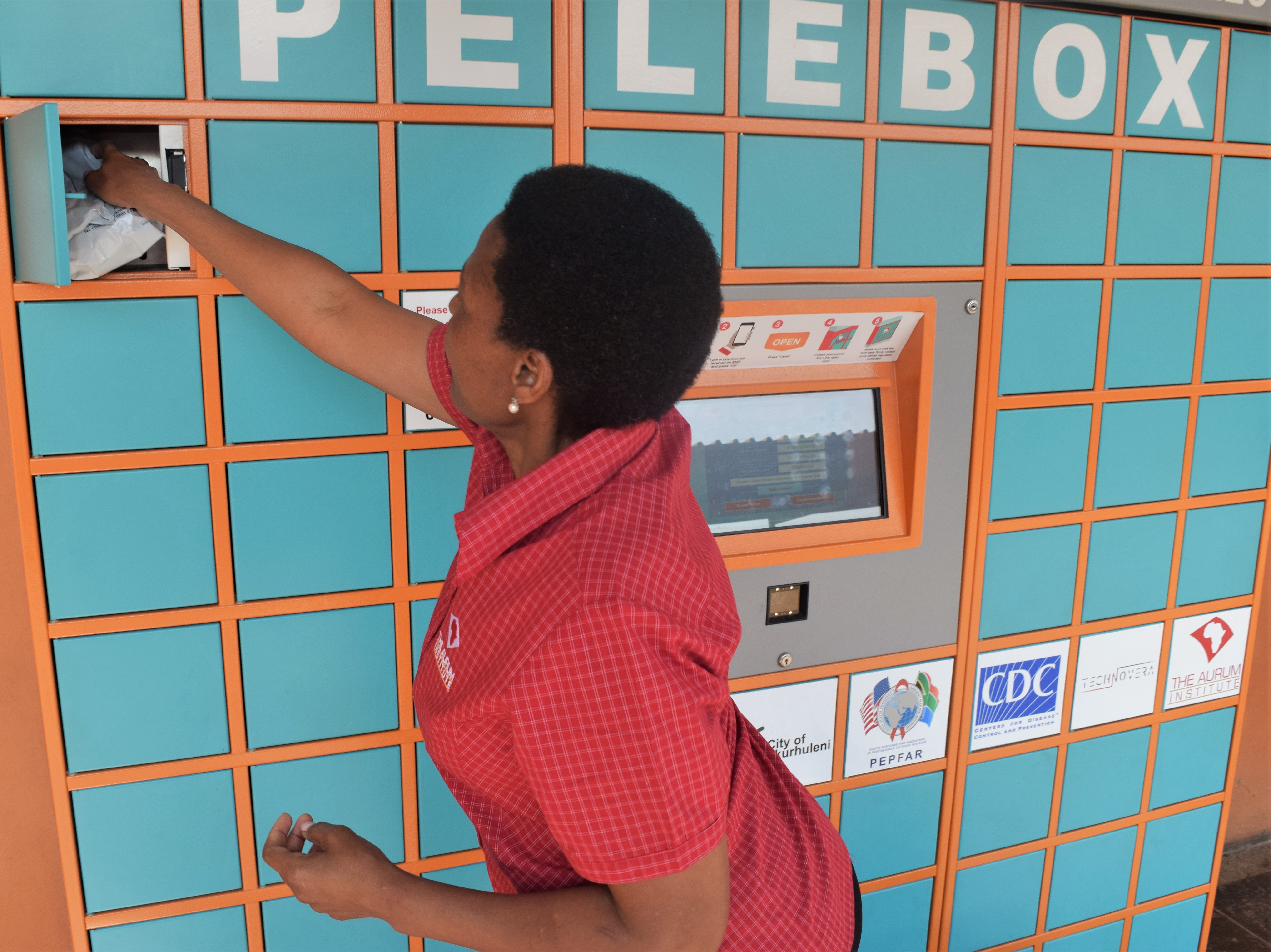 If South Africa is to gain control of its HIV epidemic, those living with as-yet undiagnosed HIV must not only be tested and know their status, they must also be initiated and retained on antiretroviral treatment (ART) in order to achieve viral suppression. Keeping people living with HIV (PLHIV) on ART isn’t always as easy as it sounds, however. In South Africa, as in many other places, there are barriers to accessing care that keep people from receiving the lifesaving treatment they require. Approaches to addressing these barriers include a focus on patient-centered care and innovative service-delivery models.

As South Africa doubles-down on these epidemic control efforts, along with the support of CDC through the U.S. President’s Emergency Plan for AIDS Relief (PEPFAR), it is rolling out and scaling up a variety of interventions under the banner of “Siyenza,” an intensive, site-level, performance improvement initiative launched in early 2019 designed to accelerate the pace of progress. A key focus for Siyenza is identifying and implementing ways to decongest health clinics, decrease client waiting times, and make accessing treatment as effortless as possible. Enter Neo Hutiri and his remarkable Pelebox.

Step One: Don’t Make Me Wait All Day

While being able to visit a busy community health clinic in South Africa to collect medication in a matter of minutes may once have seemed like a pipe dream, it is now a reality for hundreds of PLHIV and other patients with chronic conditions thanks to something known as the Pelebox. The Pelebox is a “smart locker” used by patients collecting chronic medication, including ART, in as little as 36 seconds, without entering the clinic or receiving assistance from a healthcare worker. Using a touch-screen tablet in the center of the device, the patient simply enters a phone number and a one-time PIN received via SMS and a locker door pops open revealing the medication inside.

By contrast, people in South Africa typically spend three hours waiting at public-sector health facilities just to collect medications for their chronic conditions. Now, the Pelebox is changing this by drastically reducing waiting times to collect lifesaving medication, reducing foot traffic in overcrowded clinics, and making ART more accessible to the millions who need it. This project, spearheaded by the PEPFAR/CDC-supported Aurum Institute, is part of PEPFAR’s broader support for the South African National Department of Health’s (NDoH) Central Chronic Medicine Dispensing and Distribution (CCMDD), an initiative that has created a network of convenient medication pick-up points in communities across the country.

“The Pelebox is a prime example of patient-centered care,” says Todd Wilson, Deputy Country Director for CDC South Africa. “This system uses technology to make lifesaving treatment more accessible for the millions who need it, and it is a testament to local ingenuity and innovation, I believe, born out of a journey many patients travel after being diagnosed.”

An African Solution to an African Problem

The long lines that Neo Hutiri endured as a patient diagnosed with tuberculosis (TB) served at least one good purpose: they drove the electrical engineer and founder of a social-impact startup focused on technology to create the Pelebox.

Following his diagnosis, he would trek every two weeks to and from a public clinic in Bophelong township in Vanderbijlpark, a small town in the Gauteng Province, to get his TB treatment. During his six-month treatment period, he saw firsthand the struggles of millions of South Africans who must wait for hours at health facilities just to collect their chronic medications. “I was losing over three hours in long queues with every visit,” he recalls. “Most of the other patients that waited along with me had to miss work just to collect their medicine and this bothered me.” 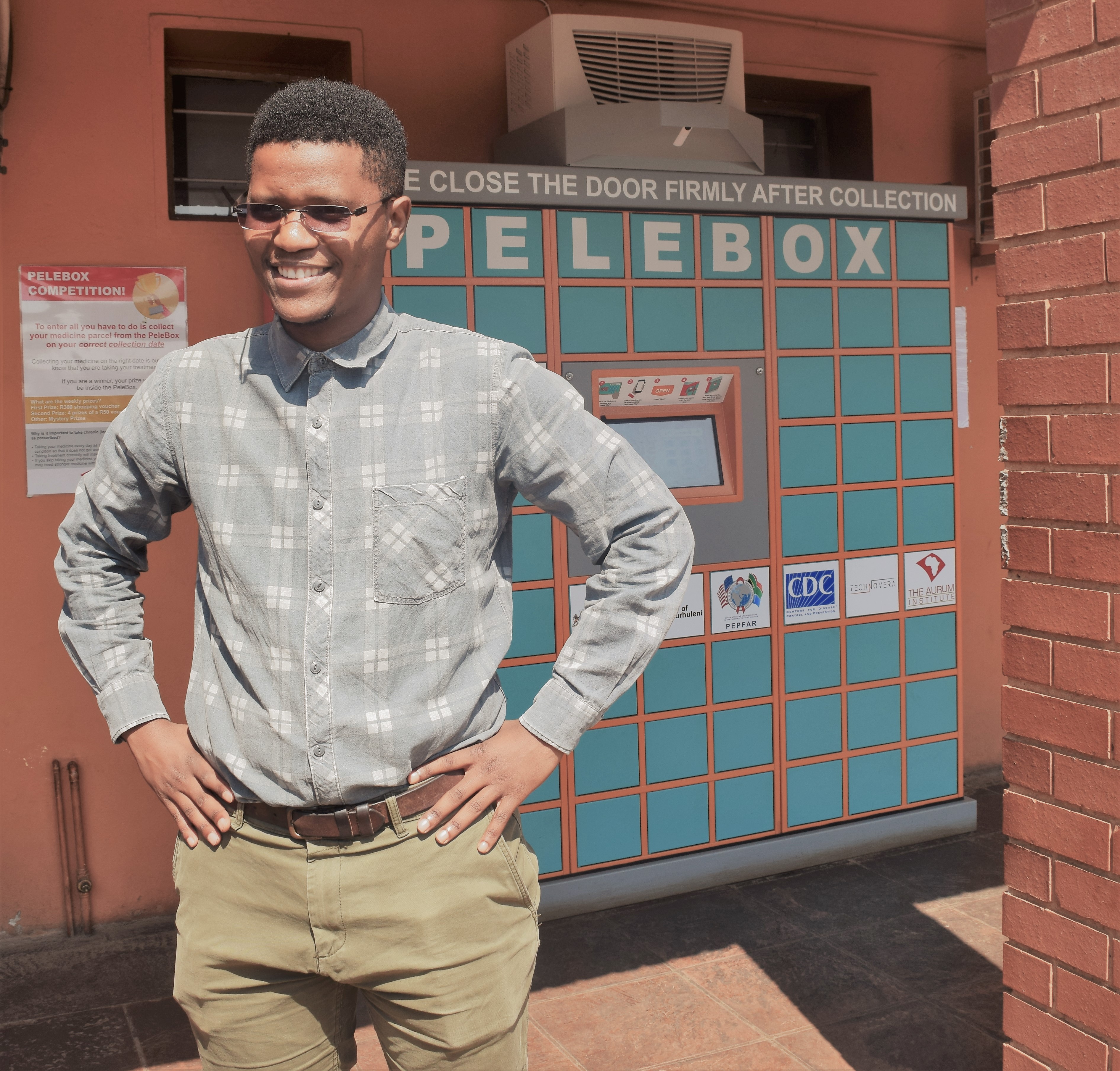 This frustrating experience – a problem that has plagued South Africa’s health system for decades – motivated him to find a solution. A few months into his quest, Hutiri attended a conference on access to medicine where he met likeminded people, including NDoH officials who were also looking for solutions to long wait times. This is where he was first introduced to CCMDD, an initiative that shifts responsibility for a high volume of patients from public health facilities to external service providers who dispense and distribute medicines.

Being introduced to CCMDD, Hutiri recalls, solidified his “crazy idea” of reducing wait times for medications from hours to seconds. With a degree in Industrial Engineering focusing on Debottlenecking Systems in the Manufacturing Sector, he connected his engineering knowledge and lived experience to come up with a system that would allow healthcare workers to stock lockers with prepackaged prescription refills, log the medicine into the system, and secure each locker. Then, with the help of organizations like Aurum and NDoH, the Pelebox — which derives its name from a Setswana word meaning quickly, in front, and first — became a reality, giving patients the ability to access these prescription refills discretely and in minutes with their mobile devices and a quick visit to the locker.

Through Siyenza, PEPFAR is supporting innovative approaches and new technologies like the Pelebox to help address what is perhaps the biggest challenge in South Africa’s HIV response today – ensuring that PLHIV who start lifesaving ART remain on treatment and achieve viral suppression so that they can live longer and healthier lives.