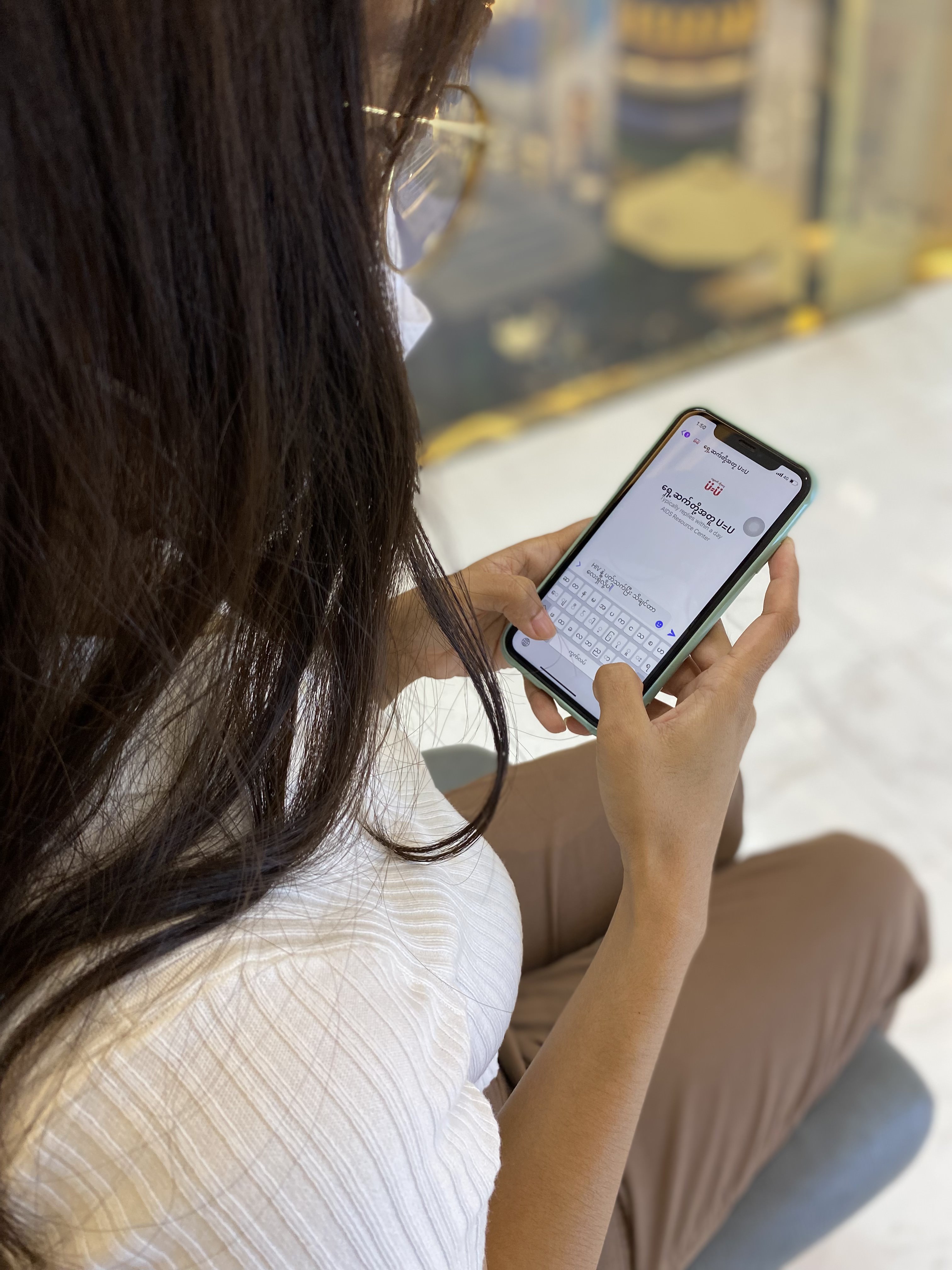 Timely diagnosis of HIV infection and sustained antiretroviral treatment (ART) increases the quality of life for a person living with HIV and prevents the spread of the virus. For a person living with HIV, starting on ART is the first step towards achieving viral load suppression – a reduction of HIV in the body to undetectable levels. Research shows that suppressing HIV to undetectable levels virtually eliminates transmission of the virus to sexual partners (HIV Undetectable=Untransmittable (U=U), or Treatment as Prevention | NIH: National Institute of Allergy and Infectious Diseasesexternal icon). Yet, according to the Joint United Program on HIV/AIDS, HIV-related stigma and discrimination serve as barriers limiting access to and acceptance of prevention services, engagement in care, and adherence to ART (UNAIDSpdf iconexternal icon). In Myanmar, CDC is working with partners to eliminate all barriers to accessing HIV services, especially for members of key populations – including men who have sex with men, people who inject drugs, female sex workers, and incarcerated populations – who are most vulnerable to acquiring HIV. Between July and September 2020, CDC implementing partner, ICAP, developed and implemented a U=U social media campaign in Myanmar to raise awareness about HIV testing, treatment, and prevention services and to reduce the overall community stigma faced by people living with HIV (PLHIV) and others vulnerable to contracting the disease.

In collaboration with the National AIDS Program (NAP) and community networks, ICAP delivered key messages based on the CDC’s U=U Strategic Toolkit, including U=U information, the importance of routine viral load (VL) testing and treatment retention, and stigma reduction in the community. Messages were disseminated through Facebook as well as print and radio. Among the most notable elements were two catchy songs, one of which featured two of Myanmar’s most famous pop singers, Phyu Phyu Kyaw Thein and Ar-T, and reached over 4.4 million views within two weeks via Facebook. The song received numerous positive comments from PLHIV and their supporters. Some HIV-related social media pages also conducted “TikTok” dance contests with these songs which helped them go viral. In addition to the songs, campaign content was amplified in the form of graphics, thematic video and comics published on HIV-related pages around World AIDS Day 2020. To further engagement with the community, a chat feature was also made available through Facebook which provided a way for audiences to pose questions about HIV/AIDS, viral load testing and the U=U message. Audiences also received information about HIV testing and treatment services through the chat feature. During the COVID-19 pandemic and Myanmar’s recent political upheaval, the U=U Facebook page has remained a popular channel for PLHIV to access updated information on available ART facilities.

ICAP’s innovative efforts to disseminate the U=U message have helped to correct misconceptions about HIV/AIDS, while engaging members of key populations in testing and treatment services. Spreading the message that sustained adherence to ART can help eliminate the risk of transmitting HIV to sexual partners has proved a promising tool for furthering progress toward Myanmar’s National Strategic Plan on HIV and AIDS targets, which call for 95 percent of all people living with HIV to be aware of their status, 95 percent of those aware of their status to be placed on ART, and 95 percent of those on ART to achieve viral load suppression.

“When I first came across the U=U message, I was so overwhelmed with the joy that I could have cried. Before then, I felt hopeless regarding my married life and having children of my own. Now, (having received an undetectable viral load result), I have seen a ray of hope on how to positively deal with HIV and start a family of my own with my beloved,” a Myanmar Positive Group (MPG) Board member said, after hearing the U=U message in MPG Board of Directors Meeting.

Because of the success of U=U campaign, some local partners requested that ICAP share experiences and provide technical assistance to support expansion of the messaging in their projects. ICAP has shared its U=U resource materials – translated in the local language – to help raise awareness among communities, as well as to provide training-of-trainers on U=U for HIV care providers to improve U=U literacy.