For One Mother, PEPFAR Helped Prevent Transmission of HIV to Her 10 Children 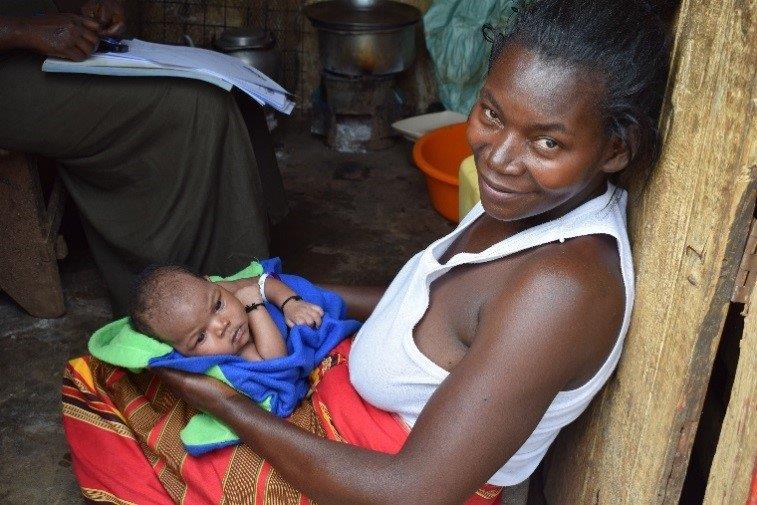 Nanjala Madina is an HIV-positive mother of 10 children who makes a living selling vegetables along the streets of her working-class neighborhood in Kampala. She learned her HIV positive status in 2002 when health workers from Reach Out Mbuya Parish HIV/AIDS Initiative (ROM) came to her neighborhood for community HIV sensitization. “I had four children then,” she recalls. “I was in good health and was surprised to find that I was HIV positive. I was happy when my children were found to be HIV negative.”

Then, in 2003, when the U.S. government launched the President’s Emergency Plan for AIDS Relief (PEPFAR), ROM was among the first treatment sites established in Uganda under the initiative and Madina was enrolled into care. “I have since given birth to six more babies through ROM’s prevention of mother-to-child transmission (PMTCT) program and all are HIV negative,” Madina says. “I thank PEPFAR” she says, “for enabling me to live longer and have more healthy children who I am able to care for.” Madina now volunteers as a community health worker and peer mother to ensure that those suffering from the health effects of HIV are referred to ROM for the lifesaving care she first began receiving 15 years ago.

Madina is one of the pioneer clients of the PEPFAR program. For 15 years now, Madina has ardently adhered to her HIV treatment and attends antenatal care as required ─ including timely administration of the medicine to her babies to prevent risk of HIV infection. Madina is not only a shining example of PEPFAR’s treatment programs but also a testament to ROM’s successful PMTCT program that has registered zero mother-to-child HIV transmission for seven years in a row.

ROM is just one of countless PEPFAR success stories. With PEPFAR support through the Centers for Disease Control and Prevention, ROM now provides comprehensive HIV care and treatment ─ having grown from 12 clients in 2001 to 9,000 patients in 2017, with 98% of those on anti-retroviral therapy. Behind the numbers are people like Madina and her family. “I feel free,” she says, noting HIV is no longer the “death sentence” it once was. Today, Madina encourages her community members to go for testing, and, if HIV-positive, to seek treatment. The best thing one can do she says, is to “adhere to the medication, which allows one to stay healthy and raise their children.”