The quest to cure tuberculosis (TB) is more than 15,000 years old. The tubercle baccilus was discovered by Robert Koch, MDExternal, in 1882. From that initial discovery we have made dramatic strides in the diagnosis and treatment of this ancient disease. But it has only been in the past 70 years that we have developed effective anti-TB drugs to treat the nearly 10 million people around the globe who still fall sick to this disease every year.

Unfortunately, TB is a relentless and wily intruder that can sometimes outwit the drugs employed to combat it in the body. These drug-resistant strains are harder to diagnose, take years to treat with toxic drugs, and can cost dramatically more to treat than normal TB strains. The world has awakened to the threat of drug-resistant TB, and in 2015 the White House launched the National Action Plan for Combatting Multidrug-Resistant TB (MDR TB). 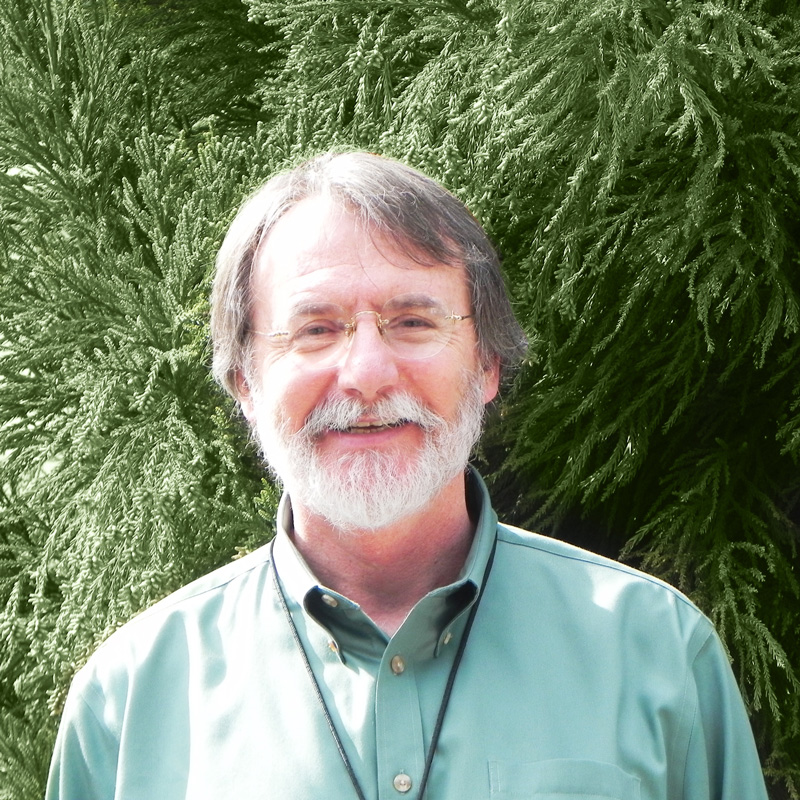 As lead for CDC’s drug-resistant TB team, Peter Cegielski, MD, MPH, has spent decades and much of his career exploring ways to identify and fight this persistent global health threat.

He began his life’s work as a young researcher on a Duke University fellowship in the late 1980s, during which he spent two years working in Tanzania as an attending physician. These were the early days of the AIDS epidemic and his patients often suffered from multiple infections, including HIV, TB, malaria and other tropical and parasitic diseases.

As an attending physician at Muhimbili Medical Center in Dar es Salaam, Tanzania, from 1988-1990, Cegielski saw hundreds of TB patients on the 60-bed internal medical ward of the hospital. Many patients were collateral damage from the collision of poverty and poor access to health care at the time the AIDS epidemic was making more of the world’s population vulnerable to TB disease. “In the early 1990s the world woke up to the fact that resurgent tuberculosis was completely out of control—8 million cases a year, 2 million deaths a year, more than any other infectious disease at the time.”

Cegielski witnessed this resurgence first-hand as HIV fueled transmission of TB and also created conditions where drug-resistant strains of the disease could develop and thrive.  He was not content to only treat the patients before him; he wanted to find ways to end the epidemic.

Over the years, his commitment to this goal would lead him to pioneer dozens of research studies aimed at finding, curing, and preventing all forms of TB. Studies included those that sought to understand the epidemiology of TB transmission, improve testing for the disease and enhance treatments for the large number of patients co-infected with both TB and HIV. Cegielski has published more than 120 peer-reviewed studies that have profoundly shaped the global understanding of this disease and how to treat it.

A Leader in the Fight Against Drug Resistant TB 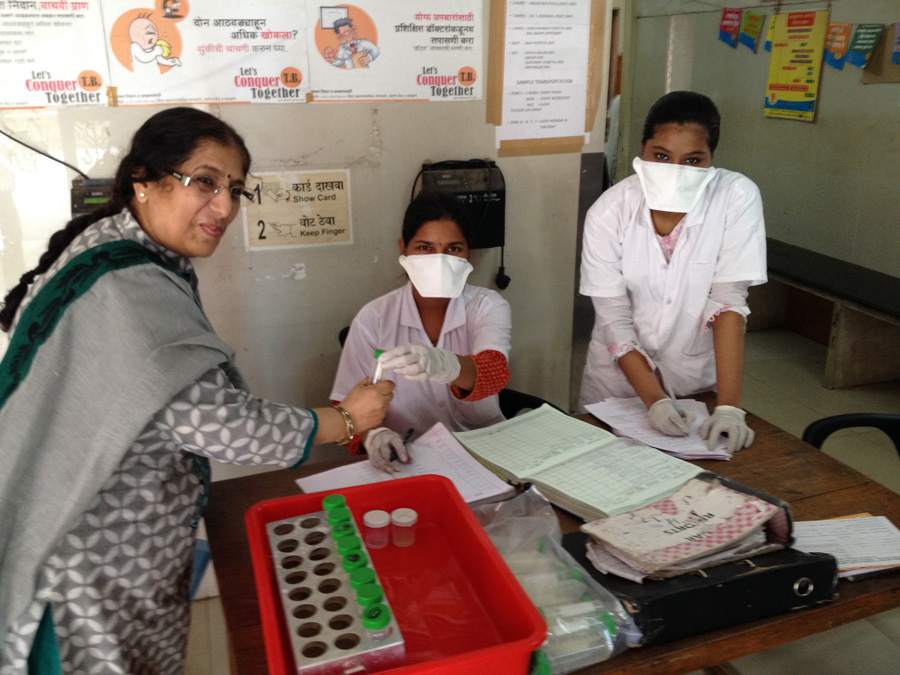 But perhaps his greatest contribution to the field of TB prevention and treatment has been his cutting-edge work in the fight against drug-resistant strains of the bacteria.

Cegielski recalls the days when the global community first woke up to the impending threat of drug resistant TB. “What woke everyone up, more than anything else, were outbreaks of multidrug-resistant tuberculosis first in the US, then Argentina, Italy, other countries, one after another after another. The scariest part was 90 percent mortality within a month of diagnosis, especially among people with HIV. That got everyone’s attention.”

Typically, TB is treated for six months with four drugs considered most effective at curing the disease, also known as first-line drugs. However, if a patient does not receive the right drugs or if they do not complete this standard therapy, the bacteria can develop resistance to these drugs. One form of drug resistance that has gained much attention because it is particularly difficult to treat is multidrug-resistant TB (MDR TB), which is resistant to two of the most effective first-line drugs.

Compared to drug-susceptible TB, treating MDR TB is a much lengthier, costlier and a more grueling process that can lead to serious and permanent side effects and increases the risk of death. The treatments for MDR-TB are incredibly toxic, and can lead to hearing loss, psychosis, and liver damage.

Nearly a decade ago, Cegielski led a team that discovered an even more deadly strain of TB that has been dubbed “extensively drug-resistant” (XDR) TB. Just as TB bacteria can develop resistance to first-line drugs, when not treated appropriately, these bacteria can further mutate to develop resistance to second-line drugs. These strains of TB are considered extensively drug-resistant. 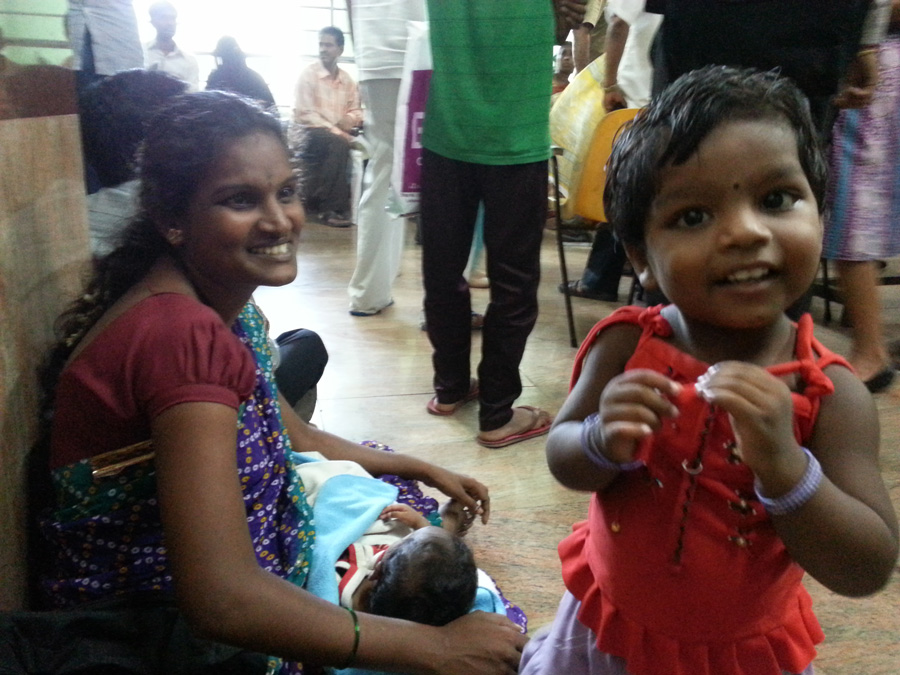 Some three decades since he began treating patients in Eastern Africa, Cegielski is still looking for the best way to combat TB, including its drug-resistant strains. Most recently, he helped launch and lead the 80-person team running the groundbreaking “Preserving Effective Tuberculosis Treatment Study” (PETTS). PETTS is the largest-ever epidemiological study of MDR TB and the first study of the treatment of drug resistant TB in multiple countries.

As part of this far-reaching study, Cegielski and his team have tracked the responses of 1,761 MDR TB patients to multiple TB regimens in nine countries over a six-year span. Their findings—including identifying which combination of drugs offer the best protection against resistance, how to prevent secondary resistance and what puts patients at risk for contracting drug resistant TB in the first place—are laying the foundation for how MDR TB is treated worldwide and in the future.

As the drug-resistant TB expert in CDC’s Division of Global HIV & TB, Cegielski is also leading the agency’s effort to strengthen basic TB control and management efforts to prevent and eliminate MDR and XDR TB around the globe.

Cegielski and his team at CDC have helped play a critical role in achieving some of the global TB community’s greatest innovations and accomplishments. It is estimated that effective diagnosis and treatment has saved some 43 million lives in the past 15 years alone.

According to Cegielski, insufficient resources remains the greatest, single obstacle to eliminating TB globally. “Funding still remains a major issue for research and program strengthening,” he said. “While the Global Fund, PEPFAR, UNITAID, the Gates Foundation, and USAID have made a huge difference, it is simply not enough.”

He finds hope in the recently launched White House “National Action Plan for Combating Multidrug Resistant TB” and sees it as an important step in the right direction.

Under the auspices of that National Action Plan, Cegielski is bringing to bear his decades of experience on MDR TB to lead a team of disease detectives and clinicians to test a package of interventions to address MDR TB in one of the highest-burden cities in the world: Mumbai, India.

Yet, never one to settle, he continues to hold out hope for the ultimate panacea that will end TB worldwide. “If we had a safe and effective vaccine that would make all the difference but there isn’t one. If we had it, now that would be real progress,” said Cegielski.