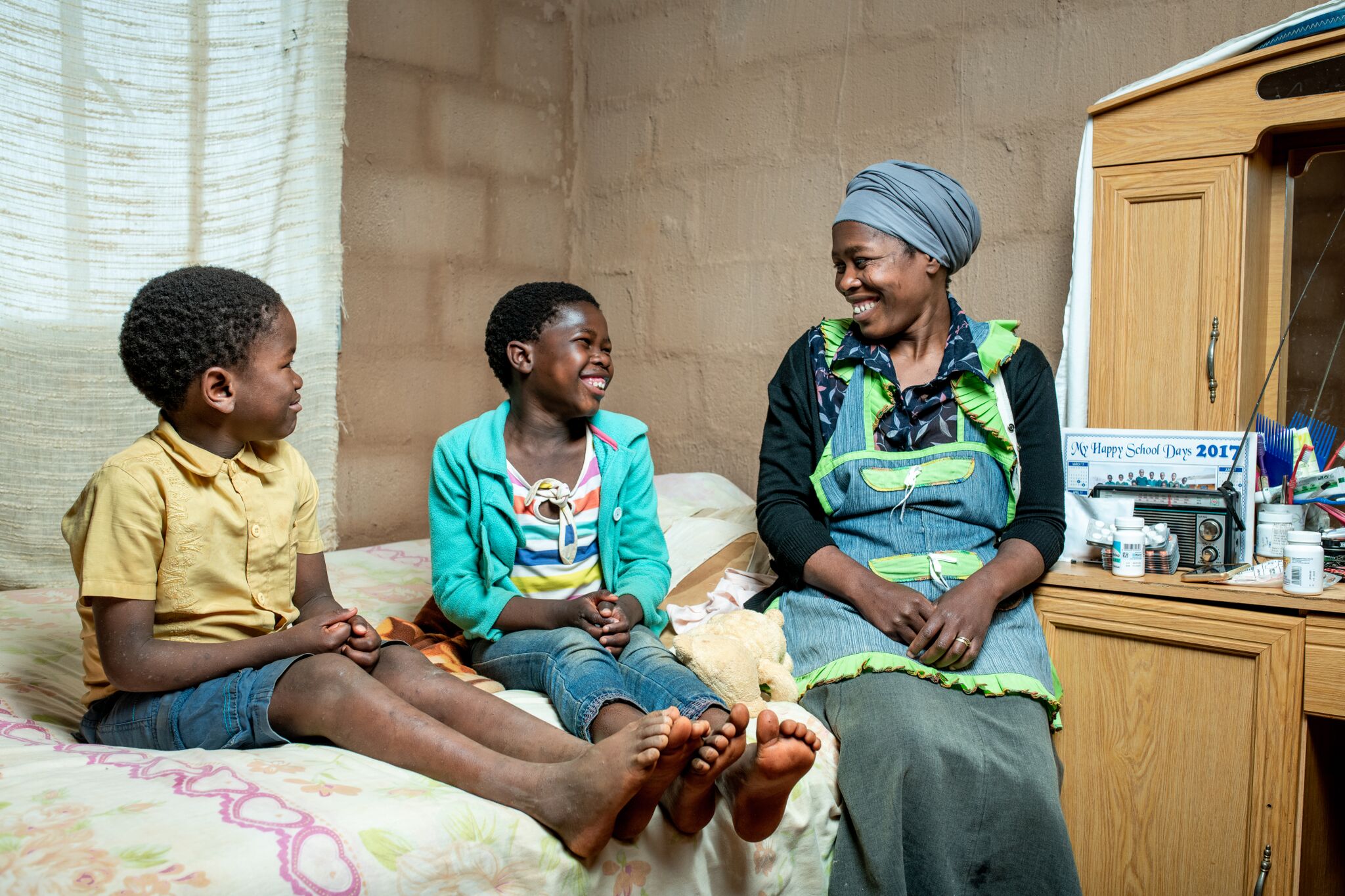 Following their HIV diagnoses, Xolisile and her children are living healthy lives after TB screening efforts uncovered they had also contracted TB – a potentially deadly combination; today they are receiving lifesaving medication to fight both diseases. *photo by Thom Pierce 2018external icon

One of the world’s oldest and deadliest infectious diseases, TB, poses the gravest threat to the world’s youngest inhabitants—a threat that has not yet been adequately addressed.

Of the ten million people that fell ill with TB in 2018, more than one million were children under 15 years old.  Children are among the most vulnerable to developing severe forms of TB disease, yet half of all TB cases among children go undiagnosed, untreated or underreported.  This proportion is even higher among very young children—those under five—and children living with HIV. Among the children who develop TB, nearly 20 percent die from the disease each year.

Finding and correctly diagnosing TB disease in children is uniquely challenging as you cannot treat what you cannot see.  As a result, childhood TB has been dubbed “the hidden epidemic”—with the World Health Organization (WHO) estimating that the true number of children with TB infection could be twice as high as current estimates.

A New Global Initiative To End TB in Children

To address the urgent need to find and treat all children and adolescents with TB, CDC, in collaboration with the International Union Against TB and Lung Disease (The Union), has launched the sub-Saharan Africa Regional Child and Adolescent TB Centre of Excellence—a virtual network of TB professionals and organizations.

The goal: to provide a community of learning and practice for childhood and adolescent TB in countries hardest hit by this epidemic. The Centre will provide a platform for these countries to share best practices for finding and curing childhood TB and work together to have a measurable impact on the burden of TB among children. 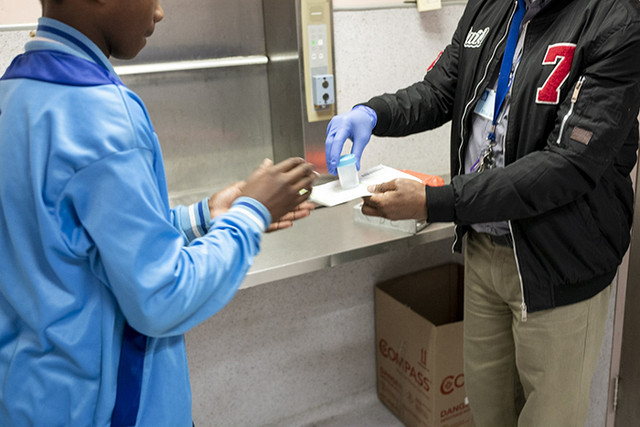 A pediatric patient receives TB screening at the Prince Cyril Zulu clinic in South Africa after being exposed to the disease. *photo by Thom Pierce 2018external icon

In August 2019, CDC and The Union invited representatives from the national TB programs of nine sub-Saharan African countries to establish the new Centre of Excellence and discuss its proposed role and objectives.

Founding country members, to date, include the Ministries of Health from Ethiopia, Malawi, Mozambique, Uganda, and Zambia.

Funded through US Government’s TB appropriated funds, the Center will leverage both CDC and The Union’s strengths, as well as the U.S. President’s Emergency Plan for AIDS Relief (PEPFAR) platform to develop strategies that can have substantial impact on both the TB and HIV epidemics.

Centre to Address Challenges in Diagnosing, Treating and Preventing TB in Children

TB disease manifests itself differently in children than in adults. When children are sick from TB, there are fewer TB bacteria present than in adults and it is more likely to spread outside the lungs, making it nearly invisible to current diagnostic methods. Additionally, smaller children often cannot cough up the sputum needed to perform the diagnostic tests. TB is often misdiagnosed in children because symptoms of TB disease are similar to those of other common childhood illness like pneumonia, malnutrition and meningitis. As a result of these challenges with diagnosis and reporting, the vast majority (95 percent) of children who die from TB never get to receive the standard TB treatment that could have saved their lives.

The good news is that TB treatment works well among children who receive it and most recover from the disease.  In recent years, more child-friendly TB medications have been formulated that easily dissolve in liquid. In the past, even if a child was correctly diagnosed with TB, caregivers struggled to administer TB medications to young children because only pills were available which had to be cut or crushed in precise ways. These child friendly TB medications have been difficult for countries in high-burden settings to access.

Moreover, while children with a healthy immune system are already more likely than adults to develop severe TB disease after infection, a child whose immune system is suppressed due to the presence of HIV has a much greater risk of falling ill with TB. TB and HIV and are a deadly combination, but for children who have been exposed to TB and those living with HIV, TPT is an effective way to stop them from getting active TB disease. Despite its proven effectiveness, global uptake of TPT has been poor—especially among children. In fact, according to WHO’s Global TB Report, only a third of the 1.3 million children eligible for TPT in 2018 received the lifesaving, preventive treatment. 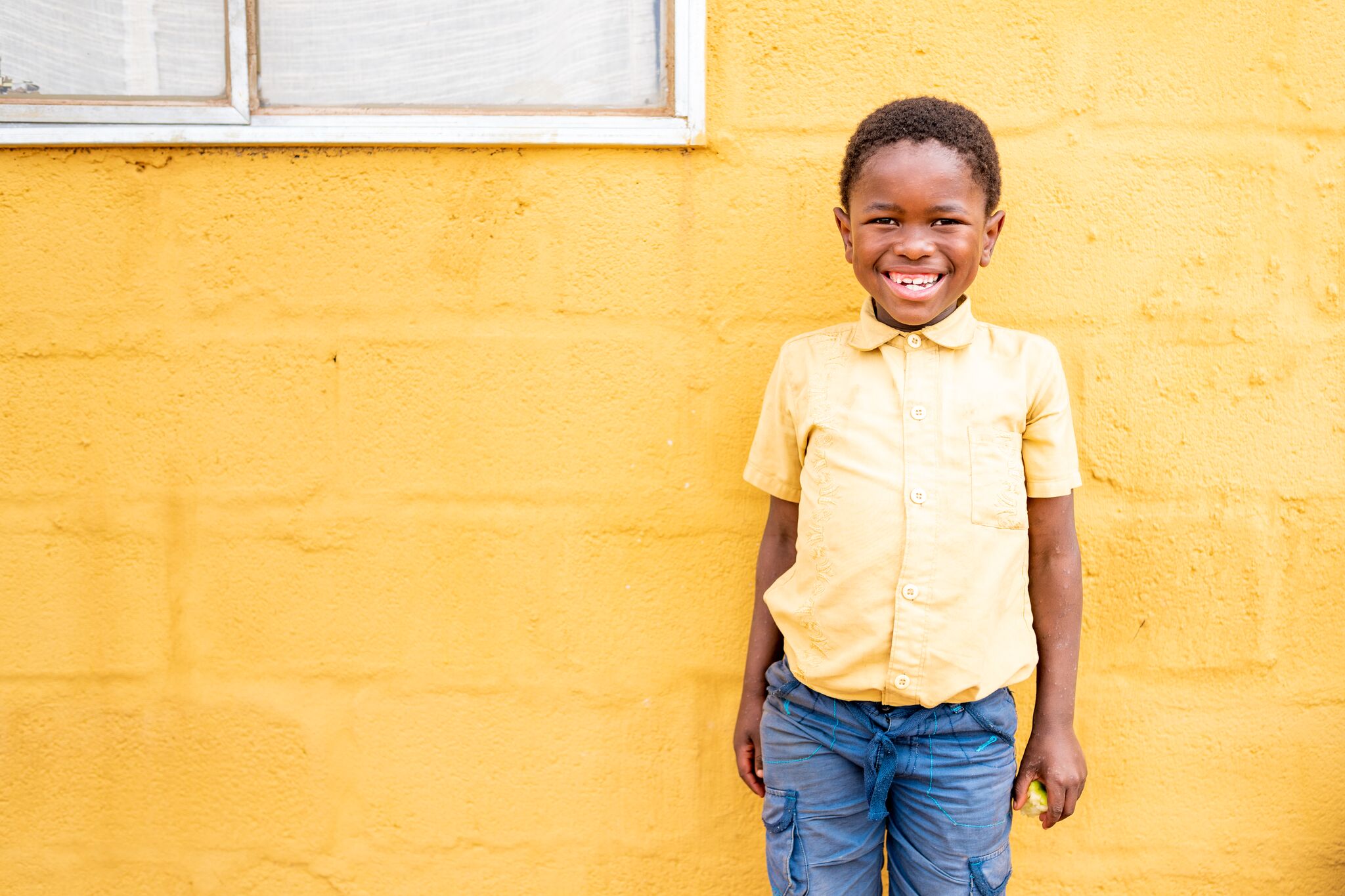 9-year old Mpilo* is living a happy, healthy life after he was diagnosed and treated for TB at a CDC-supported clinic in KwaZulu-Natal, South Africa. *not his actual name
*photo by Thom Pierce 2018external icon

The development of this new Centre of Excellence is just one of the ways CDC’s global TB experts are addressing childhood TB worldwidepdf icon. In countries around the world, CDC’s experts are working to integrate TB screening into routine pediatric health care, identify the best diagnostic methods for TB in children, scale up TB preventive treatment for children, and ensure a speedy and effective cure for the millions of children each year who develop this potentially deadly disease.

“We have made substantial advances in childhood TB, but much more needs to be done,” says Dr. Susan Maloney, Chief of CDC’s Global TB Branch. “Together we can bridge the remaining gaps in diagnosis, treatment, and prevention of childhood TB.  One child with TB – an entirely preventable and curable disease – is one child too many.”