CDC plays a unique role in the fight against HIV – bringing a combination of scientific and technical expertise and on-the-ground experience to bear. Our innovative, data-driven approaches are helping to drive progress against the disease and, ultimately, save lives. Below are a few examples of CDC’s life-saving work in action around the world. 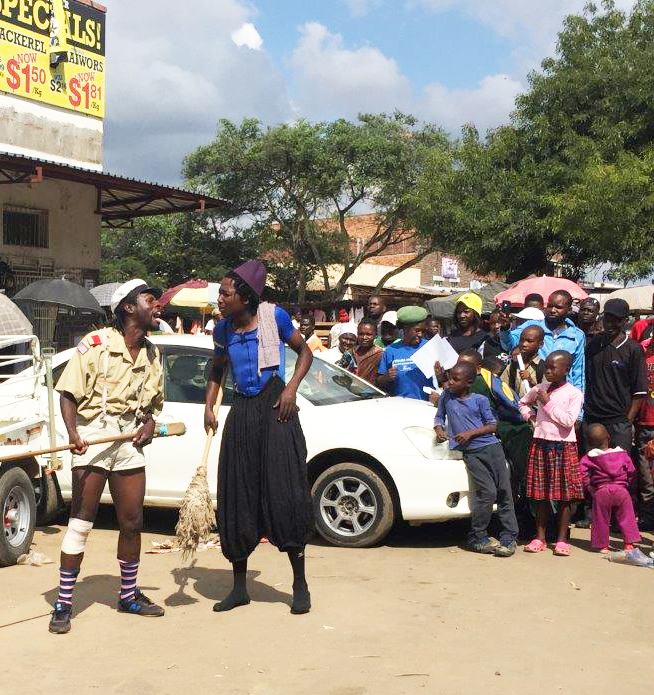 In Chitungwiza district, just outside Zimbabwe’s capital of Harare, a growing crowd of men, women, and children gather to watch a group of street performers. While the group sways together to the captivating reggae beat – clapping, singing, and laughing along with the performance – community mobilizers quietly move throughout the crowd distributing information about voluntary medical male circumcision (VMMC) to men and boys. Thanks to CDC, its implementing partners, and the Ministry of Health and Child Care (MoHCC) in Zimbabwe, these men can walk just across the street to the Seke North Clinic to receive additional information and counseling about VMMC and even have the procedure performed if desired.

According to extensive scientific research, VMMC reduces a man’s risk of acquiring HIV through heterosexual exposure by 60 percent; as such, it is a key strategy for HIV prevention in high-prevalence countries like Zimbabwe. Through the U.S. President’s Emergency Fund for AIDS Relief (PEPFAR), and in close collaboration with MoHCC, CDC is implementing VMMC activities through a consortium (titled ZAZIC) which includes the International Training and Education Center for Health (ITECH) and two local Zimbabwean implementing partners: the Zimbabwe Association of Church-related Hospitals (ZACH) and the Zimbabwe Community Health Research Intervention Project (ZiCHIRe).

MoHCC and its partners supported the voluntary circumcision of 1,059,970 Zimbabwean men between January 2009 and August 2017, which translates into more than 80% of the national prevention target of 1.3 million circumcisions among men aged 13 to 29. A number of strategies, detailed below, have contributed to this achievement.

Street performances are an attractive venue for community education. These performances are scheduled during times and locations where males are most likely to congregate, including barber shops, entertainment establishments, and weekend sporting events. Through skits, street performers correct common myths, provide accurate information, and position VMMC as a lifestyle choice inspiring self-confidence and self-esteem.

During school breaks, ZAZIC and other partners conduct VMMC campaigns which include HIV testing and counseling services, information about HIV prevention, and post-circumcision care. CDC and ZAZIC have built relationships with school leaders and provide incentives for students such as school supplies and soccer equipment, while strengthening the school health curriculum on prevention of sexually transmitted infections including HIV.

Demand creation in rural areas has greatly benefited from VMMC soccer galas, targeting out-of-school youths. The program has seen huge numbers (up to 100 per day) being circumcised during these galas, particularly among young men in the most critical age group (15 to 29).

In addition to Zimbabwe, CDC is working to increase impact through partnerships across 11 other high-burden African countries to scale up VMMC for HIV prevention. To date, CDC supported VMMCs for 7.5 million men in Southern and Eastern Africa – nearly half of all PEPFAR-supported procedures worldwide. 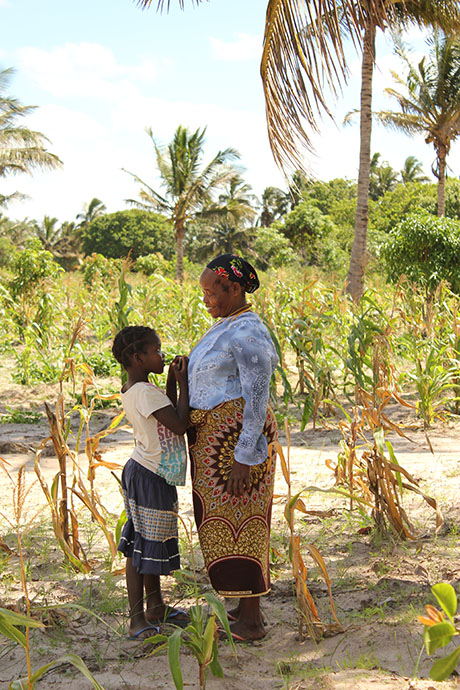 When Nokwazi Ndlovu* from Umlazi Township, south of Durban in KwaZulu-Natal, South Africa was sexually assaulted by her stepfather she told her mother, but her mother didn’t believe her. Instead, she allegedly defended him saying he would never commit such a heinous act.

Crushed by her mother’s disbelief, the 11-year-old suffered in silence for three months while the sexual abuse continued. It was at the end of July 2017 when she broke her silence and told her grandmother, Thandani Ndlovu* (58) about her suffering.

What helped Nokwazi to muster up courage and open up about her long suffering was the change she observed in the way her grandmother was communicating with her. She now openly talked to her about sex and sexual risks, something that had never happened.

It is a taboo for parents to discuss sex and sexuality with their children in African culture. Coming from a school of thought that enforces this culture, Ndlovu avoided the topic until she started participating in CDC’s Families Matter! Program (FMP), an evidence-based intervention designed to promote positive parenting and effective parent-child communication about sexuality and sexual risk reduction for parents or caregivers of 9 to 14 year olds in Africa.

Because every girl is part of a larger community, CDC is reaching out to families and communities to build skills and support that protect against HIV. In CDC’s Families Matter! program, CDC works with 9 to 14 year old girls and their families in Kenya, Tanzania, Cote d’Ivoire, South Africa, Zambia, Mozambique, and Zimbabwe to give them knowledge, skills, comfort and confidence to have open parent-child discussions. The program runs for six weeks, and parents are asked to bring their children on the fifth session to practice the communication skills learned during the intervention.

It was in the fifth session, which deals with discussing sexuality and pressures children face, when Nokwazi told her grandmother about the abuse. Ndlovu is grateful to the AIDS Foundation of South Africa, which runs the program in Umlazi Township, for teaching her the importance of openly talking about sex and sexuality with children.

She says, “If it was not for the Families Matter! Program, my granddaughter would not have known where to begin in addressing this matter.”

S’thembile Manyoni, FMP facilitator, agrees. She explains that when Ndlovu started participating in the program, she expressed concern that her cultural upbringing hindered her from having an open and friendly communication with her granddaughter.

“This meant that we first had to address the cultural values that were instilled in her. At the end of the program, we saw a different Mama Ndlovu. She was now open-minded and that created an environment where her granddaughter can talk to her about what was happening at home,” she says.

As soon as Ndlovu learned that Nokwazi was sexually abused, she told FMP facilitators. Sabelo Chamane, another FMP facilitator, contacted one of the DREAMS partners in Durban, Life Line.

Life Line counseled and conducted post-violence care screenings on Nokwazi. A case of rape was opened at the local police station and the alleged perpetrator is on trial.

Chamane says it is this type of change and swift action that gives facilitators satisfaction. “We take pride in being part of a program that has brought change in Nokwazi’s life and others like her who have been rendered voiceless by a set of cultural and traditional norms,” he adds.

Building on this success, CDC has since tailored and expanded the intervention to reach other groups critical to protecting children and combat stigma. The interventions include Teachers Matter, Faith Matter, and Communities Matter.

In South Africa and across the globe, CDC and its partners are on the frontlines, working to accelerate countries’ efforts to reach these voiceless, vulnerable populations with targeted HIV prevention and treatment through innovative programs like Families Matter. 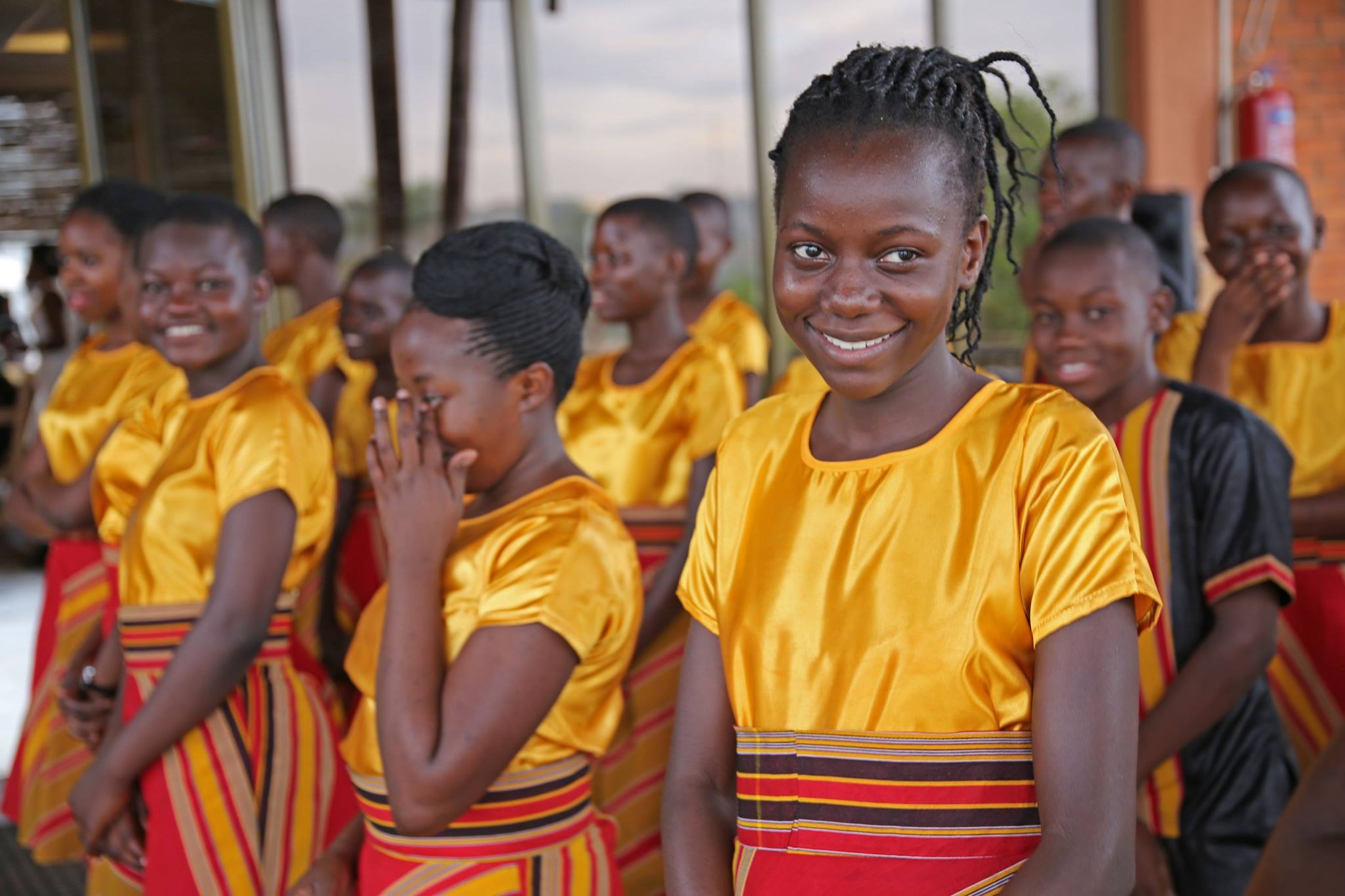 Eva, the second of seven children, lost her dad at age 12. Unable to afford to finish school, Eva accepted a job as a domestic worker for a woman in her village in central Uganda. She never could have known, however, that the job was in fact something quite different. She ended up working as a bar server, and was taken advantage of by older male guests, which put her at risk for HIV and other sexually transmitted infections (STIs).

Then DREAMS came along

“I had just finished treatment for another bout of an STI when ‘Madam Carol’ came to our bar to speak to us about something called the DREAMS project,” Eva recalls. “She told us that it had strings attached: one had to accept to do an HIV test to show that you are HIV-negative.”

Launched in 2014, the DREAMS initiative is a public-private partnership supported by the U.S. President’s Emergency Plan for AIDS Relief (PEPFAR) which focuses on HIV prevention among young women ages 15 to 24 through evidence-based interventions shown to successfully address risk behaviors for HIV transmission and gender-based violence. The program aims to transform its beneficiaries into “Determined, Resilient, Empowered, AIDS-free, Mentored, and Safe” girls and women and is being implemented in 10 countries: Kenya, Lesotho, Malawi, Mozambique, South Africa, Swaziland, Tanzania, Uganda, Zambia, and Zimbabwe. In 2014, nearly half of all new HIV infections among adolescent girls and young women occurred in these countries.

CDC and partners support DREAMS’s efforts in eight of these countries, implementing critical elements of the initiative’s core package including programs to empower the young women to reduce their risk of HIV, mobilize communities, strengthen families and decrease HIV risk among male sex partners of participants.

Eva received her HIV test at one of the ‘moonlight’ outreaches offered by Uganda Youth Development Link (UYDEL) – a community DREAMS partner in Central Uganda—which provides HIV counseling and testing services after working hours. “The results were heavenly,” she reveals happily. “When I knew that I was HIV negative, I immediately returned home to my mother. I have now learned to tailor clothes. I can make shirts and dresses, and I’m now learning to tailor a gomesi (traditional garb for women in Uganda).”

But thanks to DREAMS, Eva has learned about more than just tailoring. “I have also learned a lot about HIV and AIDS and how I can protect myself from such infections,” she says. “Now I know how to negotiate for safe sex.” DREAMS has been so transformative in Eva’s life that she has enrolled 15 other girls as well.

Many more Eva’s out there

Rose Apondi, the CDC-Uganda prevention specialist, coordinating the DREAMS Initiative says the project is being implemented in 10 districts – with promising results.

“Our focus is providing them with information for healthy decision making and supporting them with economic options to reduce their vulnerability. While we only enroll those that are HIV negative, we also provide treatment services for STDs and refer HIV positives for treatment at accredited ART health centers. We also refer the pregnant girls for antenatal care services and monitor the health of their children,” Apondi says.

“Madam Carol” Nakkonde, the UYDEL worker who first contacted Eva, says entertainment and hospitality enterprises frequently lure girls and use them to attract patrons. UYDEL approaches bars, restaurants and hotels offering free HIV education, counselling, and testing as a strategy to reach girls and women who are vulnerable to HIV infection.

UYDEL launched the PEPFAR-supported DREAMS project in May 2016 enrolling hundreds of girls, most of whom are either orphans, school drop-outs, or victims of forced marriages and domestic violence. “We start with HIV and sexual reproductive health education sessions, addressing many of the myths and misconceptions about HIV transmission, and then tell them about vocational education and income generating opportunities that we run, such as tailoring, hair dressing, art and crafts, and baking. Thanks to support from PEPFAR and CDC, these girls can now earn a little income on top of being empowered by health education, which greatly reduces their risk to infections like HIV,” says Nakkonde.