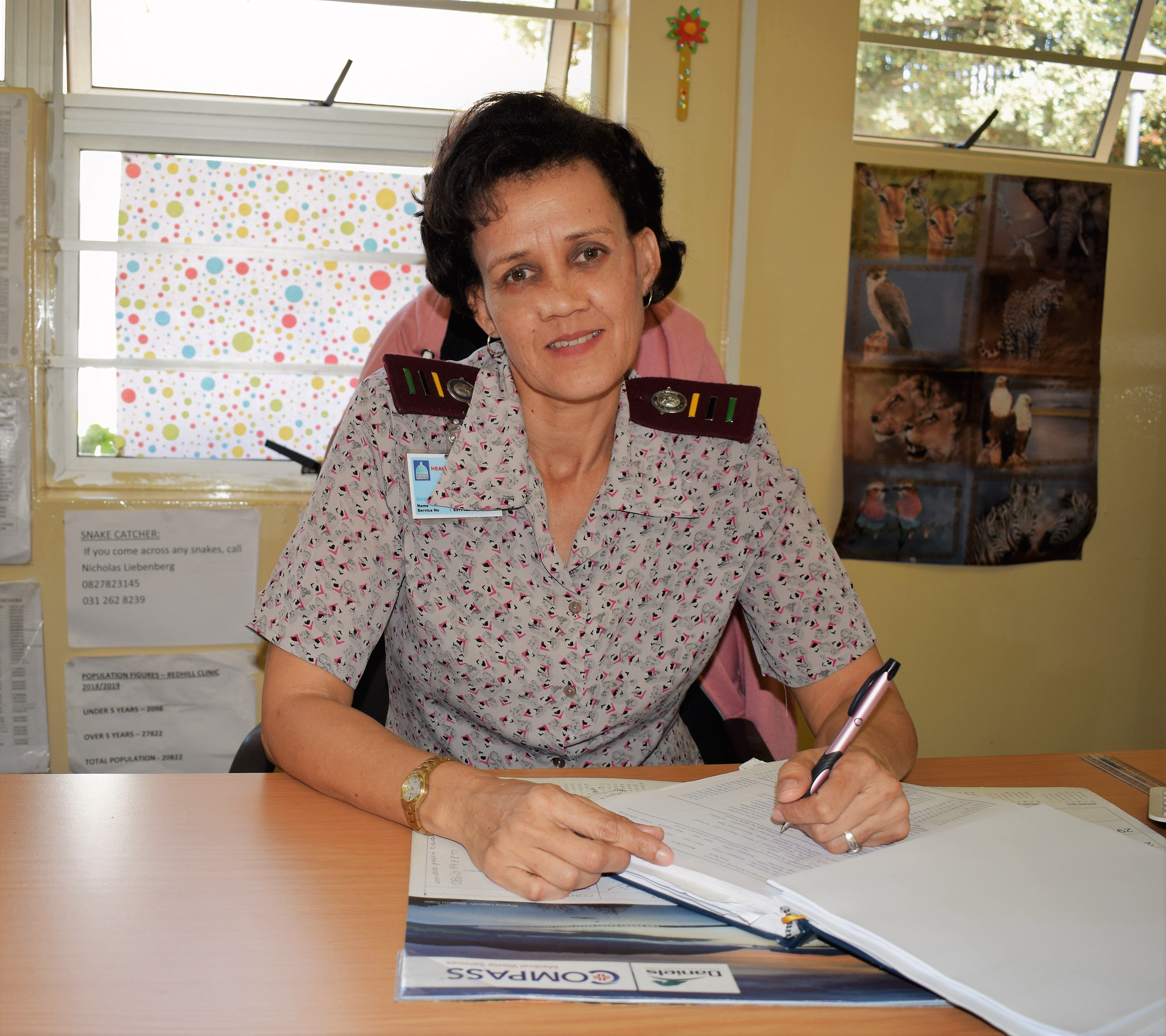 In early 2019, the Redhill Clinic, north of Durban in KwaZulu-Natal Province, was lagging behind in reaching the UNAIDS 90-90-90 goals, which call for 90 percent of all people living with HIV to know their status by 2020, 90 percent of all people with diagnosed HIV infection to receive sustained antiretroviral therapy (ART) by 2020, and 90 percent of all people receiving ART to be virally suppressed by 2020. The facility was meeting its HIV testing targets, but it was not identifying sufficient numbers of positives among those being tested.

This low “yield” of newly identified positives – in a region of the country often considered the epicenter of its HIV epidemic — suggested to Facility Manager Annabel Pretorius the need for a new approach to HIV testing. She would soon find one—thanks to an initiative known as Siyenza, which means “we are doing it” in isiZulu.

Introduced by the U.S. President’s Emergency Plan for AIDS Relief (PEPFAR) and aimed at improving South Africa’s HIV treatment program, accelerating the country’s progress toward the 90-90-90 targets, and getting it one step closer to epidemic control, Siyenza is an intense, results-oriented collaboration among the South African Department of Health, PEPFAR (in which CDC plays a key role), and its implementing partners who work at the facility level supporting the provision of HIV services. It was through this collaborative effort that the Redhill team, with the help of CDC and its implementing partner, Health Systems Trust (HST), settled on a new tactic for more effective testing and greater yield: to send “foot soldiers” into people’s homes and into places that they would not normally go, such as the area’s informal settlements which are considered to be hotspots for HIV. These foot soldiers formed a Community Outreach Team (COT) consisting of a professional nurse, four campaign agents, three caregivers, and two counselors. The COT goes into the communities surrounding the facility and conducts door-to-door visits with the intention of finding and testing the right people.

During these home visits, the outreach team offers primary healthcare services, including blood pressure, diabetes, and cholesterol checks and screening for sexually transmitted infections. Along with this package, they also offer HIV counselling and testing. If a person is identified as HIV positive during the home visit, they are initiated on ART immediately, if they agree; a medical record is opened on the spot and later entered into the clinic’s data collection system; and the client is asked to visit the clinic for follow-up care. Subsequently, if he or she does not come to the clinic for whatever reason, the outreach team goes back to the home to find out what the problem may be and try to address it – all with an eye toward getting, and retaining, clients into care. 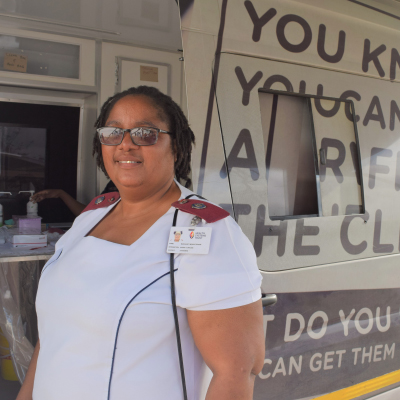 “Instead of parking the mobile outreach van at a taxi rank and approaching people who are passing by, we decided the COT would do door-to-door visits using a holistic approach,” Pretorius says. “When they enter the house, they don’t say, ‘We are here to test the people who live in this house for HIV’; they say, ‘We are a wellness team and have come to your home to conduct wellness screening’.”

Margaret Mokhutsoane, a professional nurse who leads the team, says this strategy of introducing themselves as a wellness team is working. “We find that the community is more receptive to us when we tell them we are here to offer wellness screening and then later talk about HIV testing,” she says. “Also, the community tends to trust us because we come with caregivers to their homes and they are familiar with them as they live in the same communities.”

Pretorius says the team has been doing amazing work since it was introduced at the end of June, and the results are showing. Redhill almost doubled the number of positives identified in July when compared to June. Out of the 1,460 people tested in July, 132 were found to be HIV-positive – a considerable difference from June when 942 people tested and 69 were found to be positive. This upward trend continued in August when 1,596 people were tested and 118 of them were identified as positive.

This increased testing yield demonstrates the huge impact of the facility’s new approach and the energizing spirit of the Siyenza initiative: in the early part of the year, the facility was identifying only 70 new HIV-positive clients on average. Mokhutsoane applauds the dedication of the outreach team. “The good results we are seeing today are through the dedication and passion for what we do. Even when some communities may not seem safe for us as women, we still serve them, because we love what we do.” It’s this spirit of innovation, dedication, and determination that is making Siyenza a success—and getting South Africa closer to controlling its HIV epidemic.