New results from the Swaziland HIV Incidence Measurement Survey (SHIMS 2) show not only how far we’ve come, but what we must do next to achieve HIV epidemic control.

Findings from Lesotho show high levels of viral suppression – reflecting effective treatment programs that reduce infections and save lives. In 2016, 67 percent of those living with HIV in Lesotho were virally suppressed. Modeled estimates show that new HIV infections would dramatically decline if 73 percent of all people living with HIV are virally suppressed by 2020. The PHIA results suggest that Lesotho is approaching this global target for viral load suppression.

In addition, new PHIA findings from Uganda indicate that the country’s previously expanding epidemic has now stabilized. The PHIA results also show that in Uganda, nearly 60 percent of people with HIV had achieved viral suppression in 2016.

None of these achievements would be possible without the political will and leadership to focus resources for maximum impact in each of these countries.

While the PHIA results demonstrate tremendous progress against HIV epidemics by achieving high coverage particularly among women and older people, we can only truly control these epidemics by achieving higher results among men and youth as well.  In all six surveys, HIV-positive men under age 35 and younger women were less likely to know their HIV status, be on HIV treatment, or be virally suppressed than older adults.

PHIAs are national surveys – implemented under the leadership of Ministries of Health and by PEPFARexternal icon, CDC, and ICAP at Columbia Universityexternal icon – that directly measure progress toward global targetspdf icon to control the HIV epidemic. CDC is lending expertise in epidemiology, laboratory science, and data analysis to help partners design and implement the surveys, and rapidly harness the results for program improvement.

CDC’s efforts through PEPFAR and with global partners are not only helping to change the course of the epidemic, but are also contributing to the long-term stability of other nations, which makes the world a safer place for all of us. 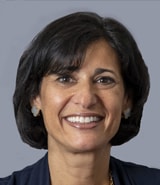 “CDC is so pleased to contribute to the global HIV response, working with Ministries of Health and other partners on science-based solutions that are transforming some of the world’s most severe HIV epidemics. National surveys are critical to show the impact of efforts and to chart the path to fully achieve HIV epidemic control.” 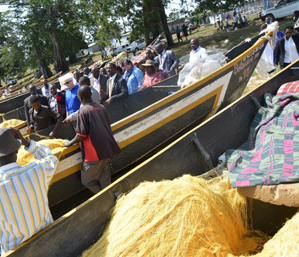 In Uganda, PHIA results are helping the government refine its initiative to end HIV by 2030, using data to inform male-friendly strategies like offering test and treat services in places where men can more easily be reached. 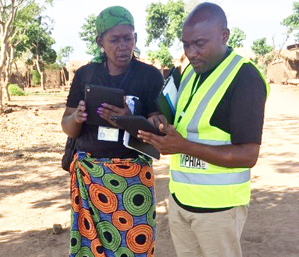 In Malawi, PHIA results have prompted country leadership to focus financial and human resources on the five highest burden districts to maximize the impact on the epidemic. 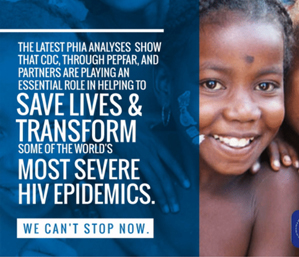 In each of the countries where surveys are conducted, PHIA findings will help inform future programs to confront the global epidemic for maximal impact, allowing us to save lives and costs into the future.

Read More and Share about how CDC, through PEPFAR, is supporting countries to respond to their HIV epidemics and helping implement PHIA surveys.

an overviewpdf icon of key findings from the Lesotho and Uganda PHIA surveys, and a new strategy to accelerate progress toward epidemic control

an overviewexternal icon of PHIA data from various countries

shareable cards with PHIA survey findings to amplify with your networks