Using geographic information system-linked HIV data, CDC and its partners identified an HIV hotspot in a community in Mozambique traditionally underserved by health care services.  With rapid response to the finding, CDC worked to open a clinic to address the unmet patient needs for services including HIV testing and treatment.

Located in southern Mozambique, Matola is a hub for manufacturing and a fast-growing city with a population of about 1.6 million. Many who work in the capital city of Maputo live in Matola. The city’s old neighborhoods are rapidly expanding while new neighborhoods are being created, and this expansion is increasing pressure on an already overburdened health infrastructure. This is the case in Matola Santos, a neighborhood that has quietly expanded in recent years—while also becoming home to an HIV-transmission hotspot in a country with a long and considerable HIV burden. 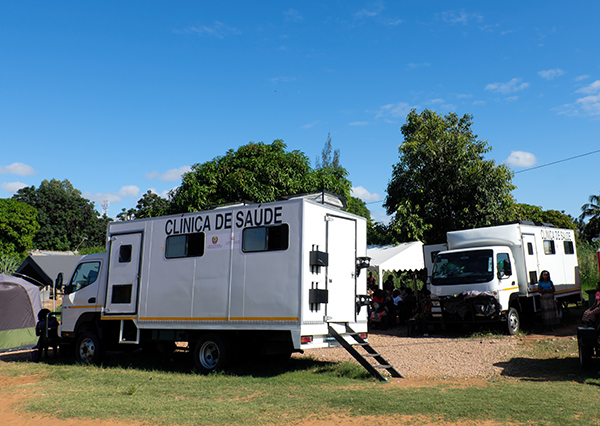 One in ten adults in Mozambique is living with HIV, an unsettling ratio requiring the Government to focus its HIV control efforts on finding new people living with HIV (PLHIV) and linking them to appropriate care and treatment services at the earliest opportunity. Through a nationwide strategic expansion program supported by the U.S. President’s Emergency Plan for AIDS Relief (PEPFAR), CDC is working with the Ministry of Health to expand patient access to HIV services, and the results are promising. While more than 1.1 million PLHIV are currently accessing life-saving antiretroviral treatment (ART), four in ten PLHIV in Mozambique remain un-initiated on treatment and many even remain unware of their HIV-positive status. Finding these people and initiating them on treatment is critical to achieving epidemic control in the country.

To find these missing people, CDC, in concert with its local partners embarked on an index-case testing approach, which is a community-based HIV counselling and testing program tailored towards children and the sexual contacts of known HIV-positive individuals. Index-case testing has been employed as a best practice across PEPFAR countries as it helps to identify new HIV cases with greater efficiency as compared to other testing modalities. This is particularly true among hard-to-reach key populations including young men. Index testing also comes with an important advantage in that it allows for the gathering of data about the geographic location of cases, which is critical to detect hotspots of HIV transmission.

CDC analysis of index-testing data identified several hotspots in the Matola area. Further analysis — including the locations of health facilities – revealed Matola Santos to be one of several neighborhoods with a high concentration of HIV cases and a relative lack of health services. A complicating factor in meeting the challenge of controlling the HIV burden in Matola was the slated closing of the neighborhood health clinic, which was serving more than 6,500 PLHIV currently on ART. Relocating this patient population to another facility would risk losing them to follow-up and possible discontinuation of their treatment.

Facing these urgent challenges, CDC collaborated with the Health Directorate of Maputo Province and ARIEL Foundation, a local CDC-funded partner to develop a public-private partnership with the Anglican Church. This collaboration was able to rapidly establish a temporary clinic on a church-owned plot in the middle of this HIV hotspot.

ARIEL deployed two mobile clinics supplemented with tents and portable toilets. They also staffed the facility with two medical technicians, two maternal and child health nurses, one laboratory technician, one pharmacy technician, one health counselor, and one service agent. They then engaged community leaders as ambassadors promoting the new clinic in an effort to ensure broad community support for the endeavor. 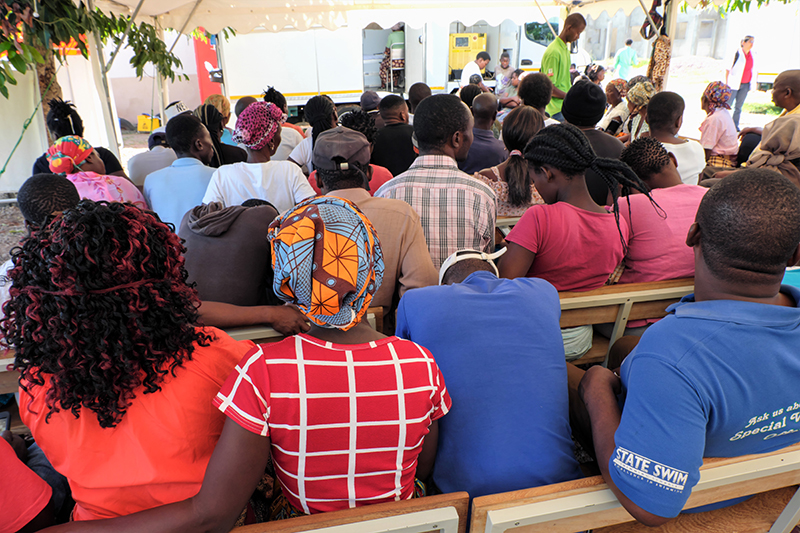 The entire process, from data analysis to opening the clinic, was accomplished in less than three months. On the first day the clinic was open, 50 patients were on line at 6:30 AM.  Expanding its services to include primary care as well as maternal and child health services, patient demand quickly increased, with the facility receiving upwards of 250 patients per day. Patients self-report high satisfaction with the services, citing shorter waiting times and cost savings derived from reduced travel costs to the new clinic. “I think it is great to have a health clinic close to my home,” said 31-year-old Elsa Xavier. “One does not need to walk long distances or spend money with the txhapa [mini-bus].”

Improvements to service delivery are being seen across the board. During the first month of service to the community, the clinic conducted 862 HIV tests through different modalities including mobile, index-case, provider-initiated, and voluntary counselling and testing and was able to identify 51 HIV-positive cases, all of whom were referred for treatment services. Notably, many previously enrolled HIV patients are requesting their medical charts be transferred from their previous provider to the new health clinic for continuing services.

Meanwhile, CDC and ARIEL remain committed to controlling HIV transmission in hotspots like Matola Santos. To understand the underlying causes that drive new infections, a community assessment was conducted to identify risk factors for HIV transmission in the neighborhood. These findings will now be used to implement risk-mitigation interventions over the upcoming months. It is through these types of targeted, data-driven, rapid-response efforts that CDC is helping Mozambique work its way toward HIV epidemic control—sometimes neighborhood by neighborhood.