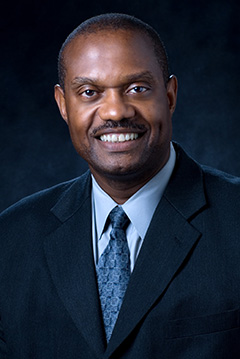 In 2000, one year after initial funding was authorized to support the Clinton Administration’s “Leadership and Investment in Fighting an Epidemic initiative” (LIFE), Eugene McCray, MD was named the first director of CDC’s Global AIDS Program (GAP). “It was a very challenging and wonderful opportunity,” says Dr. McCray, who had been working in HIV/AIDS since the beginning of the epidemic in the early 1980s. LIFE was an important first step that would be exponentially expanded upon in 2003 when the Bush Administration announced the  U.S. President’s Emergency Plan for AIDS Relief (PEPFAR)—a five-year, $15 billion initiative to combat the global HIV/AIDS pandemic beginning in 15 countries.

CDC, which had been documenting the epidemic in Africa since the 1980s, played a key role in LIFE through GAP and has continued that leadership role under PEPFAR through the Division of Global HIV&TB (DGHT). At the time these initiatives launched, little infrastructure was in place in sub-Saharan Africa to conduct surveillance, offer treatment, or provide laboratory support for testing. Hospitals were overcrowded and overwhelmed, with patients often placed in a bed with another on the floor below them. Only palliative care was provided at the time to at least give some comfort to the dying.

There was no quick solution. According to Dr. McCray, however, there was a first step, and as GAP’s director, he took it: developing comprehensive programs focused on HIV prevention administered under country plans implemented collaboratively by CDC field staff, host-country ministries of health, and other partners. Key among these partners were members of the affected communities who played a critical role in combating the disease. “Community involvement was integral to our work in the U.S., and it was equally important as part of the process in our focus countries (in Africa),” Dr. McCray remembers.

Compounding difficulties in combatting the epidemic was the inability of most countries to accurately depict it.  At the time, surveillance systems were varied, and national data were rarely available to show the extent of the epidemic. Bringing myriad partners to the effort, some initial surveys were conducted. The first ones, according to Dr. McCray, were focused primarily on childbearing women and then moving to more population-based surveys, sampling both men and women. “Some of the first findings were shocking,” he recalls. “Early data showed that one in four women of childbearing age living in Botswana were infected with HIV.” Population-based national surveys showed even more dire numbers.

Despite these many challenges, Dr. McCray kept the efforts moving forward, engaging partners both inside and outside of the countries in which GAP was working. Together, CDC and these partners established infrastructure to ensure sustainable surveillance, testing, and treatment.  Under PEPFAR, things moved quickly, and, by 2005, the number of country programs and regional offices had expanded to serve more than 50 countries in Asia, Africa, Central America, and the Caribbean, and progress was being made in providing prevention tools, testing, and treatment and in strengthening laboratory capacity. As these systems and structures fell into place, lives were saved and the terrible toll of the pandemic began to reduce.

While acknowledging that partnerships at all levels—local, national, and international—are necessary to craft and implement solutions to large public health problems, Dr. McCray reiterates that engaging  the people who are living with or affected by the disease is perhaps the most critical part of the process. Those are the people, he says, who know what will work best for them and can provide that important input into planning and shaping public health programs. “It is critical to remember that amid all of the voices, and there were a lot in this program, it is the community voice we must ensure we hear, include in the discussion, and value when action is taken,” says Dr. McCray. “Though there were many struggles, I am still proud of what we did accomplish and that I was a part of this ongoing, extraordinary effort to save lives.”