TB’s Grip on the Mining Community

Deep in the mines of South Africa, men and women are hard at work extracting the precious minerals that place the country near the top of the list of the world’s biggest exporters; however, the job does not come without risks. Miners regularly find themselves facing dangerous situations that put them at risk of injury and/or illness. One of these risks is tuberculosis (TB).

Underground mines are one of the highest risk environments for TB transmission, and miners experience some of the highest rates of the disease across any population. The living and working conditions that miners face make them highly susceptible to contracting the disease, as well as the large number of mining communities in countries already battling high rates of TB. In South Africa, the rate of TB among miners is 15 times higher than the rest of the South African population, and a staggering 2,000 times higher than the rate of TB in the United States.

One-third of all TB cases in the entire South African region are a result of exposure to TB within the mines. Ensuring a miner diagnosed with TB completes the recommended TB treatment is an additional challenge, since many miners have no medical home regular physician and cross borders for work for months at a time. This puts those close to them, like their families, at risk of contracting TB when they return home. The lack of timely diagnoses, as well as adequate and complete treatment for those sick with TB, has created a perfect storm for the development and transmission of drug-resistant TB in mines and mining communities in southern Africa.

CDC is collaborating with the World Bank and local government partners from four African countries on a five-year effort to increase access to diagnosis and treatment for miners, their families, and communities. As a part of this effort, CDC scientists are working on the ground in Lesotho, Zambia, and Mozambique to help map and target hot spots within affected communities; develop new models for active TB case finding, diagnosis, and treatment; and scale up universal TB screening with a focus on miners and their families.

To reduce the spread of TB among mining communities, their families, and the broader population, we must continue our efforts to screen, diagnose, and effectively treat miners for TB. This will reduce the burden of TB worldwide and move us closer to eradicating the disease.

Video | View a CDC-supported feature filmExternal and documentary on the devastating effects of TB on the South African mining community. 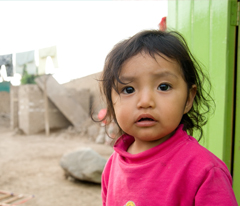 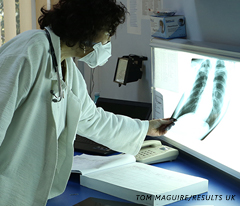