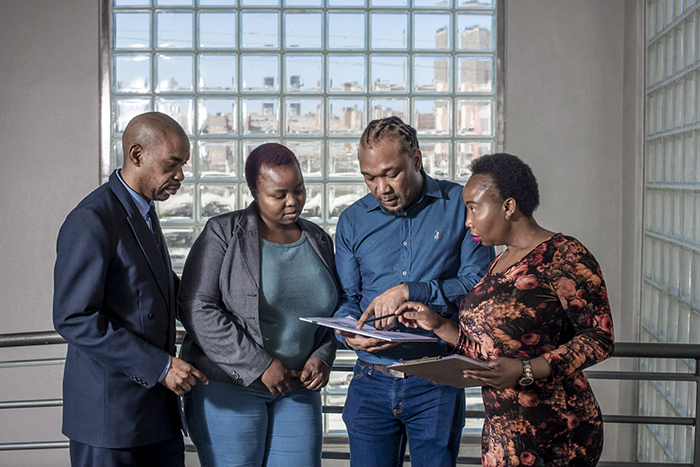 On September 26, 2018 over 1,000 heads of state, political leaders, civil society representatives and other stakeholders from around the world gathered at the United Nations (UN) General Assembly for the first-ever UN High-Level Meeting (UN HLM) on tuberculosis (TB). Only four other health conditions have been the focus of such a meeting at this level in the history of the UN.

TB was declared a global emergency more than 25 years ago and, despite being preventable and treatable, this disease still claimed the lives of an estimated 1.4 million people in 2019. “This meeting gave the TB community hope for progress against a disease that has been neglected for far too long,” said Dr. Susan Maloney, Branch Chief of CDC’s Global TB Branch. “It felt like a turning point,” she said.

By the end of the meeting, 120 countries had committed to work together to reach 10 ambitious targets as part of a Political Declarationpdf iconexternal icon to end TB by 2030external icon.

At the CDC-sponsored UN HLM side-event, Preventing TB to End TB, government leaders from India, South Africa, the United States along with representatives from the world’s leading multilateral institutions, and prominent clinicians and advocates extended their commitment to reaching 30 million people with TB preventive treatment (TPT). TPT is a lifesaving medication that has been shown to dramatically reduce TB disease and TB-associated death, particularly among those living with HIV.

TB and HIV are tragically interconnected as TB is the leading cause of death for those living with HIV. At the event, Ambassador Deborah Birx, M.D., the U.S. Global AIDS Coordinator, committed to provide TPT to all people living with HIV supported by the President’s Emergency Plan for AIDS Relief (PEPFAR) by 2021. Since then, national TB and HIV programs have intensified their focus on scaling-up prevention efforts to end TB and achieving the ambitious UN HLM targets.

Ending an Ancient Disease While Fighting a Novel One

The second anniversary of this historic meeting comes amid much more sobering times. At the beginning of 2020, the number of TB cases had fallen by 9 percent and the number of TB deaths decreased by 14 percent since 2015, showing slow but steady progress towards the UN HLM targets. Additionally, TPT initiations, implemented through PEPFAR, had nearly doubled between 2019 and 2020.

Then in early March, COVID-19 was declared a global pandemic. Due to country lockdowns and treatment interruptions, many on the frontlines of the global TB response grew concerned about the impact of the COVID pandemic on global TB progress. More specifically, the global TB community was faced with the challenge of achieving the ambitious UN HLM targets and ending TB in the midst of a pandemic.

In the first four months after the COVID-19 pandemic was declared, TB notification decreased by 25-30 percent in most sub-Saharan African countries. A modeling studyexternal icon, conducted by a coalition of TB experts, revealed the pandemic could roll back progress towards ending TB globally to what it was five years ago – resulting in an increase of approximately 6 million TB cases and 1 million more TB deaths by 2025.

Preventing TB to End TB Amid the COVID-19 Pandemic

CDC, in partnership with national governments, has been working on the frontlines in more than 25 high burden countries to strengthen the critical public health infrastructure needed to both combat COVID-19 and stay on track to achieve global TB and TPT-specific UN HLM targets. 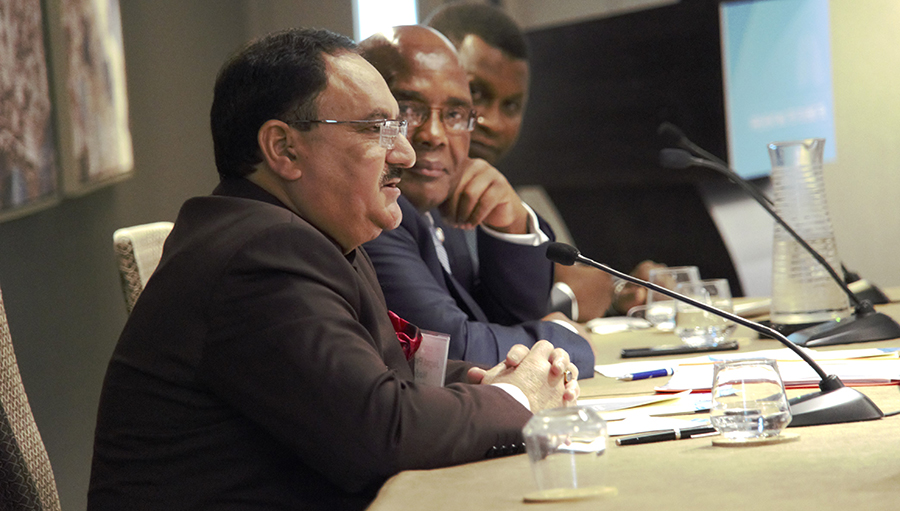 In several countries, CDC and partners are integrating TPT into HIV treatment differentiated service delivery models—an approach to care that tailors treatment to the patient’s needs, reduces the time spent in the health clinic, and increases the likelihood that a patient will take their prescriptions correctly.

In Kenya, CDC-supported sites are using a model that allows patients to receive their full, multi-month medications at one clinic visit, decreasing the need for multiple visits that could increase risk of exposure to COVID-19. Patients are supported in their community using phones or electronic platforms like Zoom to make sure they are staying on treatment and are not experiencing any negative side effects. As of June 2020, 90 percent of all people living with HIV in Kenya have been initiated on TPT.

Similarly, in 2019, the Ministry of Health in Uganda implemented a 100-day accelerated TPT scale-up plan to reach 304,000 people living with HIV with TPT. As part of the initiative, Uganda refilled patients’ TPT and HIV medication simultaneously, leading to increased patient education and closer monitoring of TPT patients at every clinic visit.

Nigeria has adopted a similar approach: increasing demand and uptake for TPT, widening the criteria for TPT eligibility with a new screening tool, and integrating TPT into HIV programs.  Between October 2019 and June 2020, Nigeria initiated over 200,000 people on TPT with only a slight decrease in monthly initiation during COVID-19 lockdowns.

Between 2018 and 2019, roughly 14 million people received TB treatment globally. To achieve the target of treating 40 million people by 2022, an additional 26 million people will need to be reached in the next two years.

Achieving progress in scaling up TPT, globally, faces similar challenges. While progress has been made, only 6.3 million people received TPT in 2018 and 2019. Approximately 5 million of those reached were people living with HIV. To achieve the UN HLM TPT target by 2022, nearly 24 million additional people will need to be reached in the next two years.

In many ways, COVID-19 has shined a spotlight on the resiliency of TB programs around the globe and has highlighted the importance of strong public health infrastructures to effectively address new and emergent health threats. As the world navigates this pandemic, CDC, along with partners and national governments, is using innovation and leveraging the public health platforms they built to maintain essential TB services and drive progress towards global targets to finally end this disease.