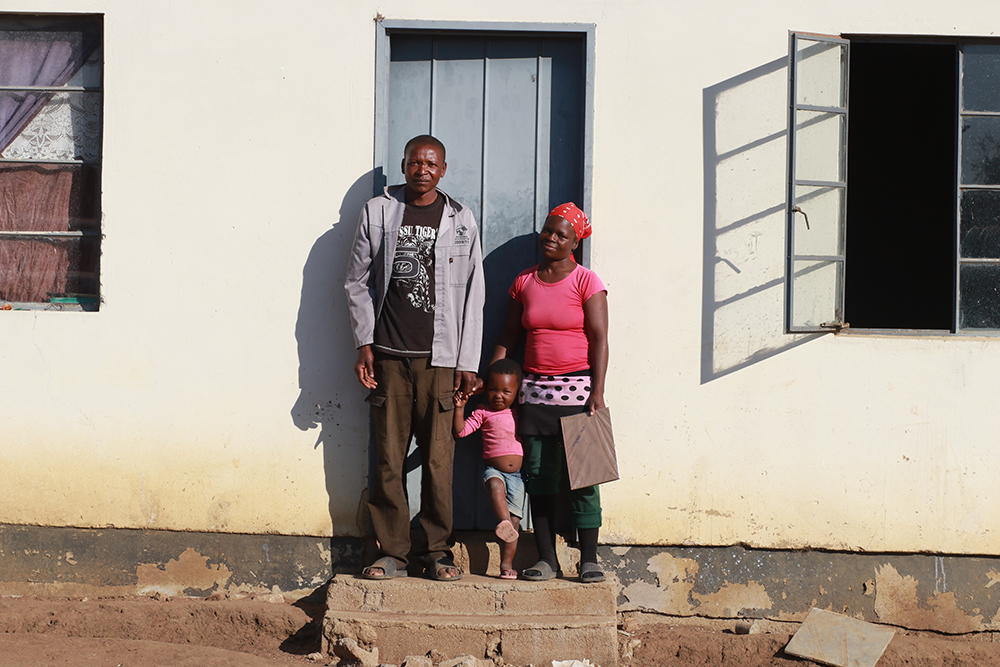 The Mndvoti family lives and works on a farm in a remote, rural area in Eswatini’s Lubombo region. Photo by: Brittany K. Moore

On a hot, sunny afternoon, Sifiso Nzima arrived at the Mndvoti homestead, a farm located in a remote, rural area in Eswatini’s Lubombo region.

He’s no stranger here – just a week before, Sifiso had conducted routine outreach in the area, traveling miles on his sun-weathered bicycle and going door-to-door to screen families for tuberculosis (TB).

As one of Eswatini’s TB community champions, Sifiso had been extensively trained to look for signs of TB and other ailments in the families he serves. When he noticed that Mr. Mndvoti was coughing, he had taken a moment to teach the family about TB and asked if he could collect a sputum sample. He then transported the sample, by bicycle, to a TB laboratory.

On this particular day, Sifiso returned with two things for Mr. Mndvoti: a positive test for TB and life-saving medication. As Sifiso explained what Mr. Mndvoti needed to know about his new medication, he took a look around the homestead to see if the rest of the family showed any signs of TB.

That’s when he noticed the Mndvoti’s four-year-old daughter, Samkeliso. Something was off. Though she didn’t have a cough, her body weight was far too low for someone her age. He urged the family to get the little girl to the nearest TB clinic as soon as possible to get her tested for TB. They agreed. 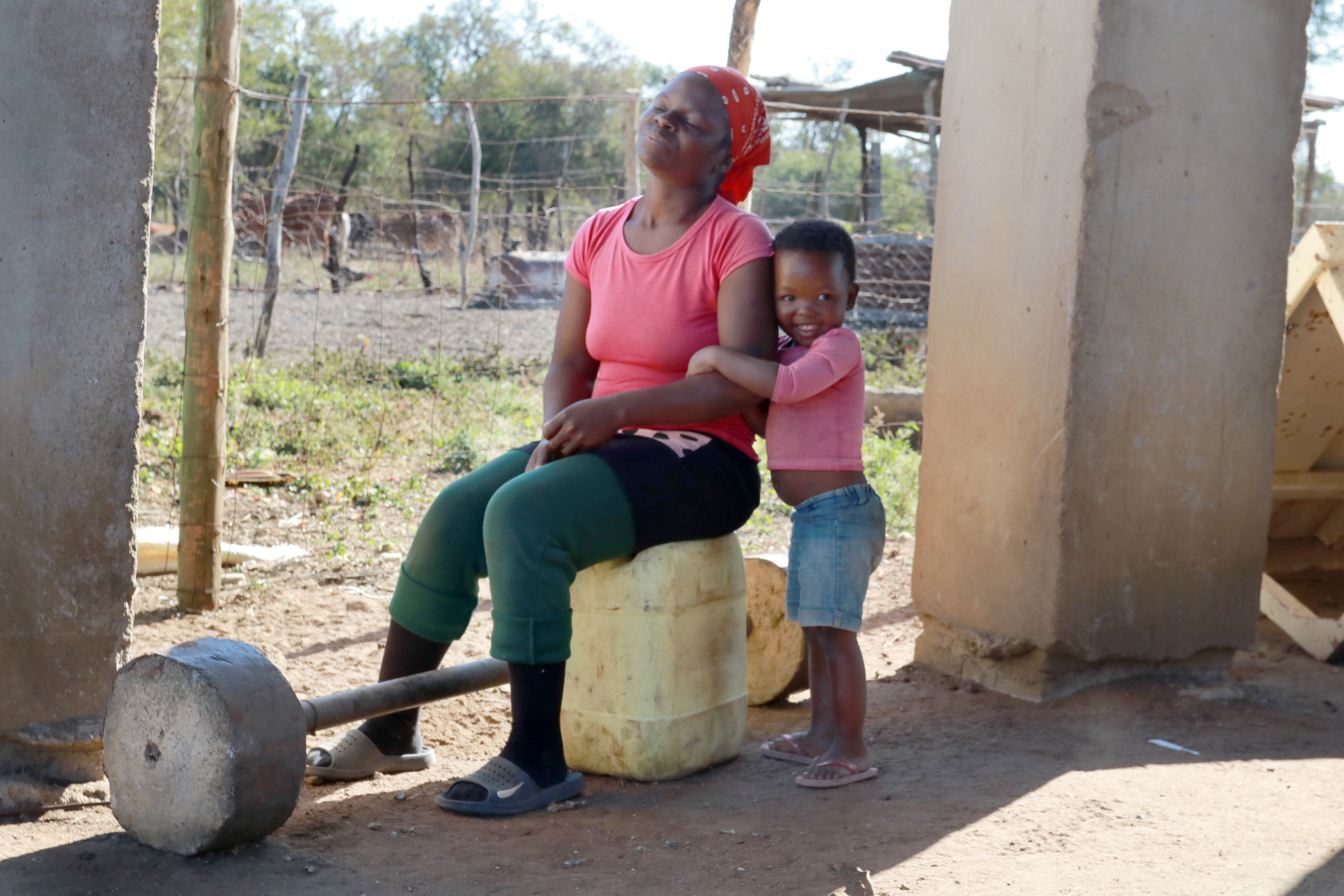 Four-year-old Samkeliso poses for a photo with her mother in front of their home in rural Eswatini. Photo by: Brittany K. Moore

All Hands on Deck

In the early 2000s, Eswatini was a country ravaged by the scourge of TB. By 2003, the kingdom was named as having one of the world’s highest TB death rates, with 18 out of every 100,000 people succumbing to the disease.

In 2011, the Government of Eswatini officially declared TB a national emergency, which paved the way for accelerated support from CDC, PEPFAR*, and other global partners. With additional technical expertise and financial support on their side, Eswatini launched a robust emergency intervention, working closely with CDC and partners to engage all sectors in the nation’s response to TB – including the Ministry of Health, community organizations across the kingdom, chiefs, local political leaders, and government entities.

Thanks to the accelerated response, the nation began making real strides in supporting individuals presumed or known to have TB to complete their full course of treatment, however, there remained an alarming number of undiagnosed TB cases in the population. In fact, in 2015, WHO estimated that nearly 40 percent of estimated cases of TB disease in Eswatini had gone undetected.

“Reflecting on this stage in the process and what they hoped to accomplish.” 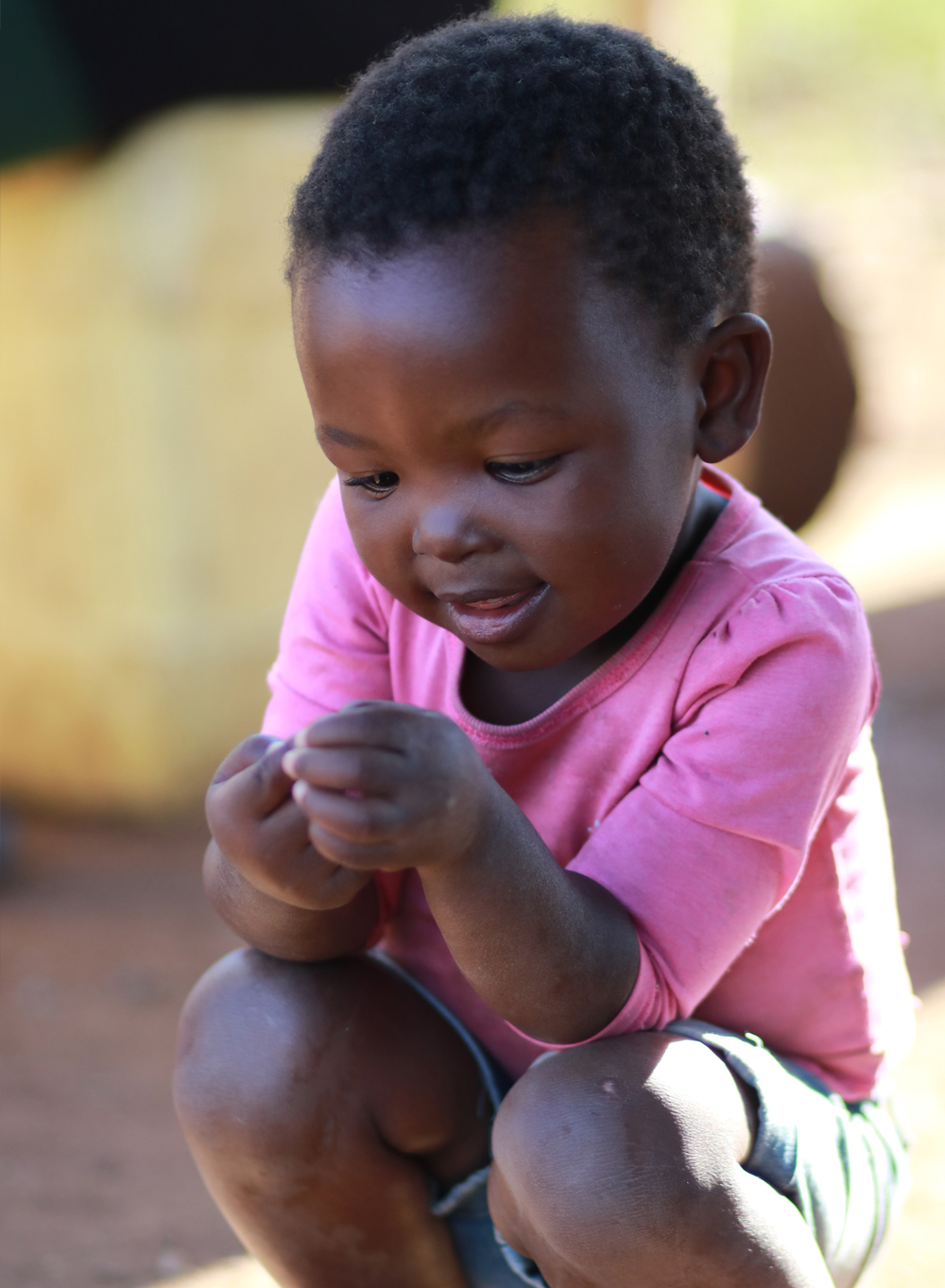 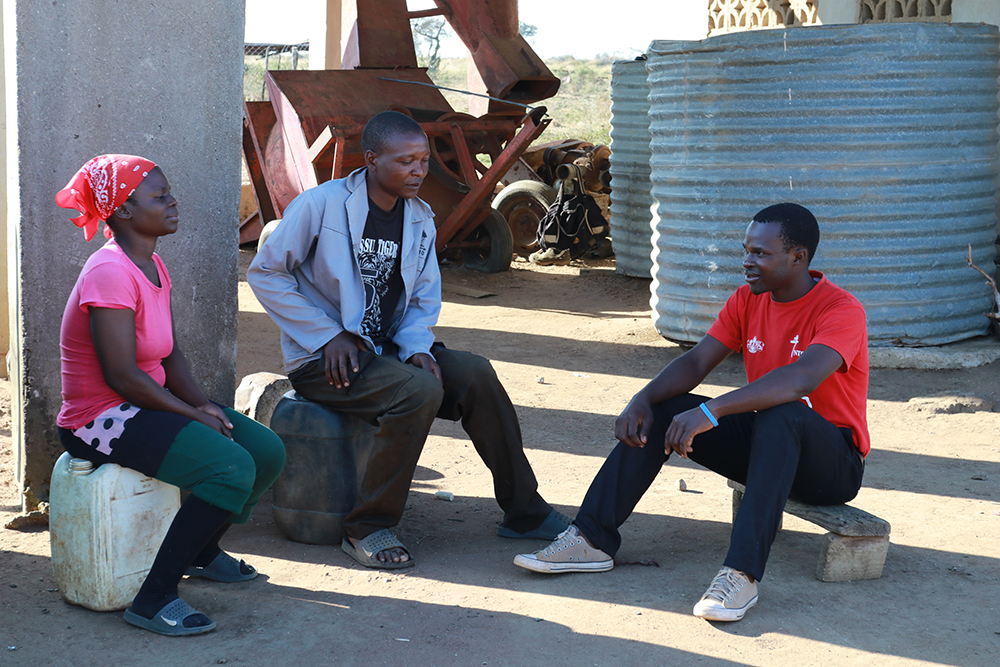 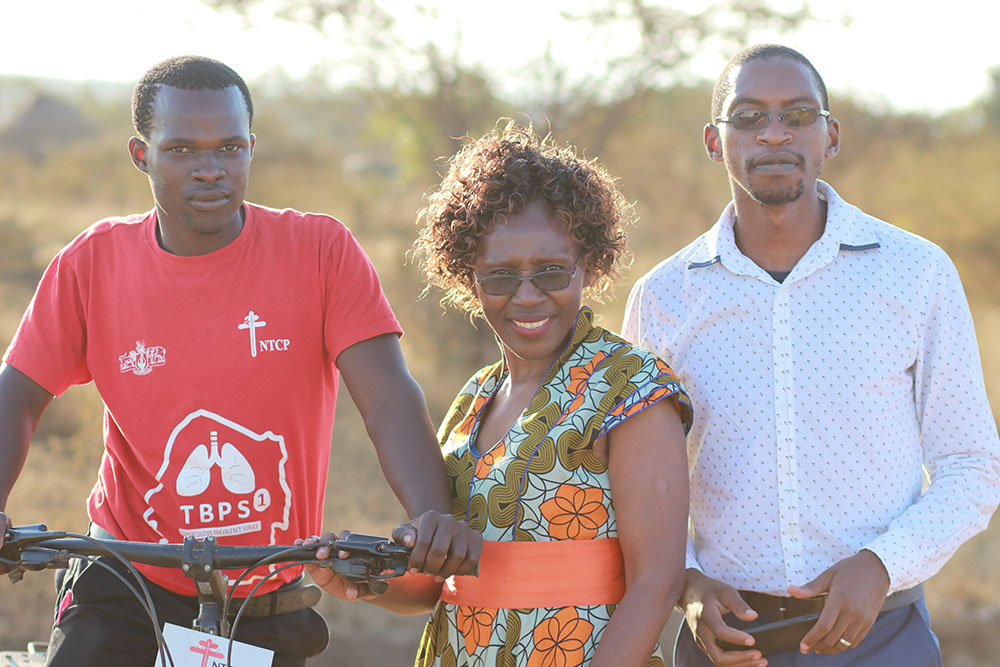 Left: Today, little Samkeliso appears playful and happy, yet Sifiso’s training and intuition helped identify that the little girl had TB, leading to her getting treatment and being cured. Top Right: TB Community Champion Sifiso Nzima (R) visits with the Mndvoti family to educate them about TB. Bottom Right: Sifiso Nzima poses with leaders from Eswatini’s Ministry of Health: Joyce Sibanda and Themba Dlamini. Photos by: Brittany K. Moore

That same year, to address the issue of missing TB cases head-on, the National TB Programme expanded its community-based effort. It engaged with each of the 369 chiefdoms in Eswatini, asking each chief to nominate a representative from their region to serve as a TB “community champion.”

Each community champion, in turn, would coordinate with their local TB clinic to identify individuals known to have TB. The champions would then travel, by bicycle, to homesteads or churches to reach anyone who may have come into contact with one of the TB patients identified.

Each champion was rigorously trained to recognize not only TB symptoms, but symptoms of other diseases as well – from conditions like asthma or diabetes to infectious diseases like malaria or HIV. For anyone with a suspected case of TB, the community champion would help them get tested and, if needed, would deliver medication directly to their homestead. 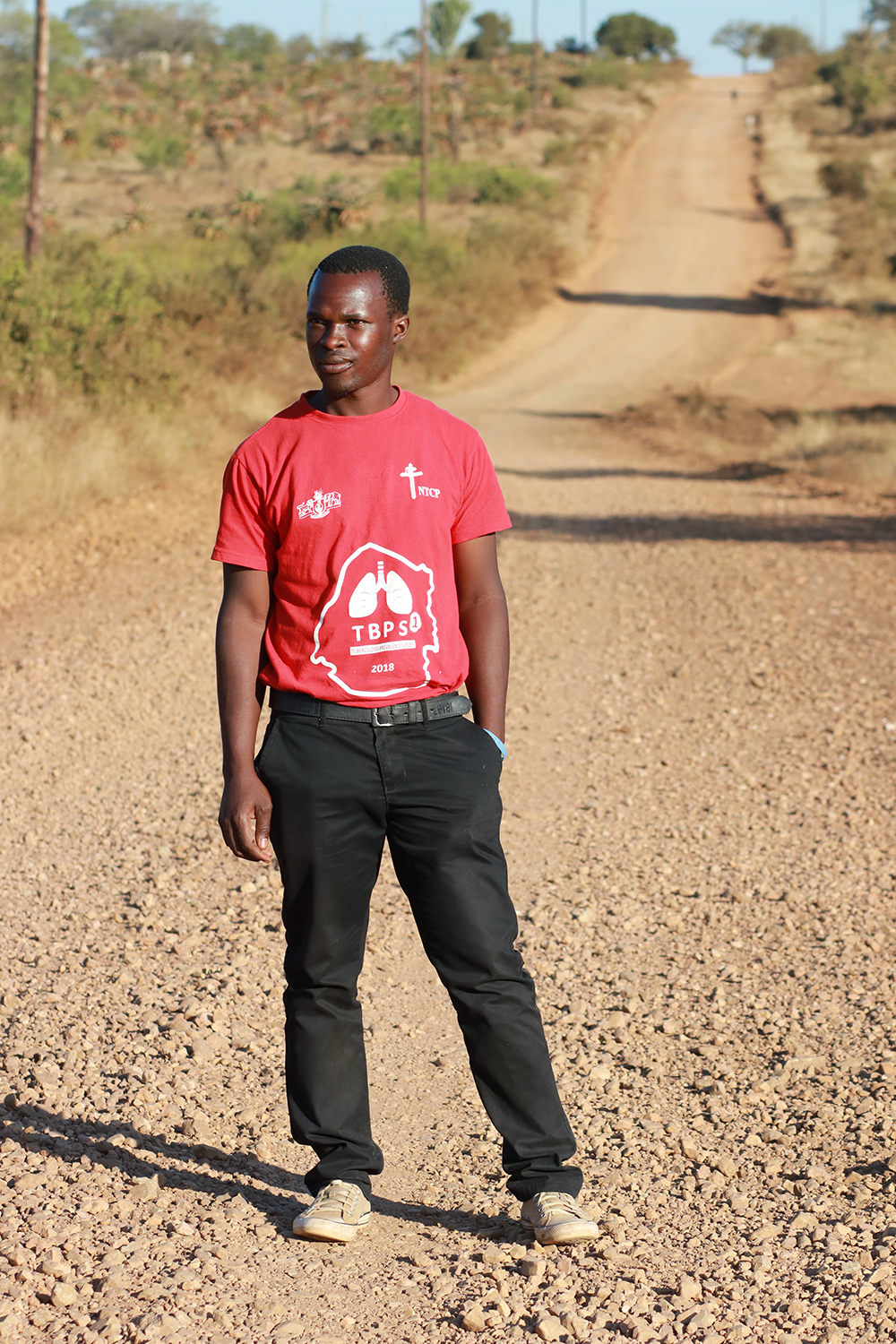 As a TB Community Champion, Sifiso educates the families he visits about TB, screens household members for symptoms of TB and other diseases, and transports life-saving TB medication, by bicycle, to those who need it. Photo by: Brittany K. Moore

Sifiso is the TB community champion for Eswatini’s Lubombo region. He visits at least five homesteads a day, and nearly 100 families per month, traveling miles down long stretches of dusty roads on his bicycle. He is well-known in this area — and well trusted. When he visits a home, he screens household members for TB symptoms. He also collects sputum samples from anyone with a cough and transports the samples, via bike, to the nearest TB laboratory for testing.

If the patient tests negative for TB, Sifiso teaches them how they can stay TB-free, then refers them to the clinic to be investigated for conditions other than TB. If the patient tests positive for TB, he returns to the home to deliver the medication directly to the patient. He also follows up regularly with visits to confirm the patient is taking their medicine correctly, and makes sure to screen any close contacts for TB symptoms.

Back on the remote farm in Lubombo, the little girl Sifiso sent for testing – despite not having a cough – tested positive for TB. If not for Sifiso’s training, dedication, and instincts, the Mndvoti family would have likely never known of her diagnosis. Even though it is treatable, gone undiagnosed, TB can quickly cause serious illness or death. This is especially true for young children afflicted with the disease. In fact, the WHO estimates that 95 percent of children who die from TB each year, worldwide, did not receive treatment.

Thanks to Sifiso, however, Samkeliso began treatment immediately. After just two weeks, her health began to improve. Today, she is fully cured.

“This girl recovered very fast,” recalls Sifiso. “She is well now, and I’m very happy about that.”

By all accounts, Sifiso is a committed outreach worker. “He has a passion for serving his community,” says Joyce Sibanda, National TB/HIV Community Services Coordinator at the Eswatini Ministry of Health.

“To improve the quality and coverage of TB services in Eswatini, we knew we needed an innovative approach,” says Dr. Michelle Adler, CDC-Eswatini Director. “Community-focused interventions in Eswatini have been a critical component of the multifaceted strategy to improve both service delivery and systems strengthening.”

It’s a strategy that has worked. Since the state of emergency was declared in Eswatini in 2011, the nation has seen dramatic improvements in its TB response. Between 2011 and 2020, reported TB cases in the nation declined sharply – from 11,000 new cases to just over 2,000 cases. TB-related deaths also plummeted by approximately 75 percent during that time. 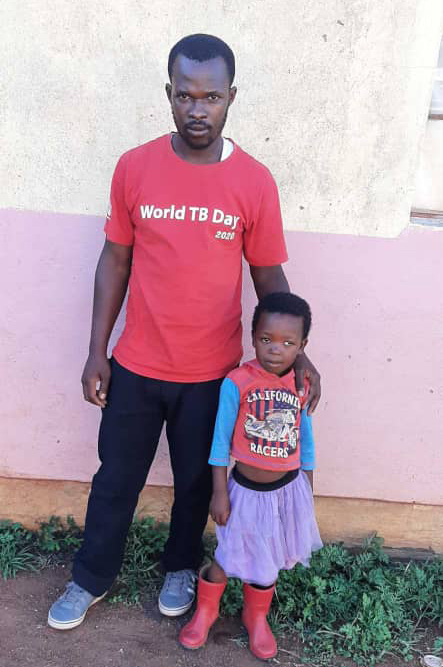 Thanks, in large part, to Sifiso’s training, Samkeliso is now happy, healthy, and TB-free. 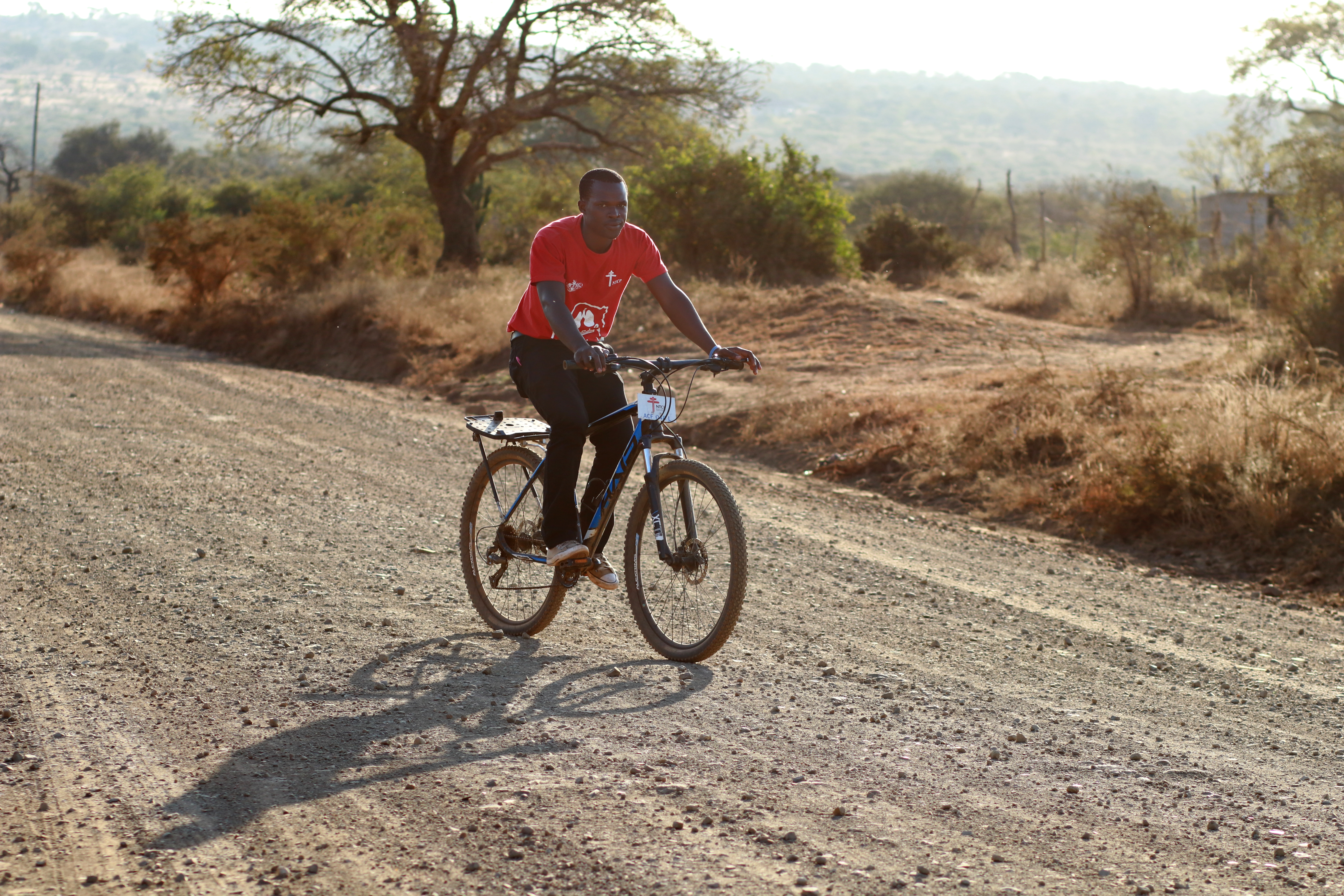 Sifiso continues his work as a TB Community Champion, visiting nearly 100 families per month by bicycle to educate them about TB. Photo by: Brittany K. Moore

Hope on the Horizon

These gains have not come without challenges, especially in the face of the COVID-19 pandemic. COVID-19 has, understandably, diverted funding, healthcare personnel, and other resources previously allotted to TB programs.

“COVID-19 has affected our ability to do our job,” says Sifiso. For instance, due to the stigma and fear surrounding COVID, community champions have had to work harder for trust within their communities.

Despite the challenges, Sifiso and Joyce remain optimistic as they look to the future.

“There’s a reason we are here,” says Joyce, “to save lives!”

“It is my passion to see people get better,” he says. “It is my calling. If we can help to find the missing cases, there can be a day when no one in this country is sick from TB. I think in the next ten years, there will be no one.”

Despite being treatable and preventable, TB is one of the deadliest infectious diseases in the world, taking the lives of approximately 1.5 million people each year, and the number one cause of death among people living with HIV. CDC is on the frontlines in more than 25 high burden countries working to find, cure, and prevent TB and help sustain country efforts.

With partner governments worldwide, CDC is working to increase access to enhanced screening and diagnostics; identify and expand better treatment regimens; break the cycle of transmission; address pediatric TB, and help lead global efforts to scale up TB preventive treatment for those most vulnerable to the disease. From Crisis to Comeback: Turning the Tide on TB in Eswatini 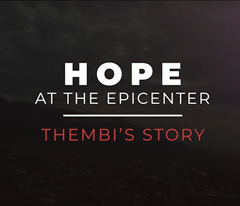 Hope at the Epicenter of the Epidemic
Page last reviewed: August 7, 2022, 09:54 PM
Content source: Centers for Disease Control and Prevention