TB disease in children under 15 years of age (also called pediatric tuberculosis) is a public health problem of special significance because it is a marker for recent transmission of TB. Also of special significance, infants and young children are more likely than older children and adults to develop life-threatening forms of TB disease (e.g., disseminated TB, TB meningitis). Among children, the greatest numbers of TB cases are seen in children less than 5 years of age, and in adolescents older than 10 years of age.

TB is caused by a bacterium called Mycobacterium tuberculosis. TB bacteria are spread from person to person through the air. The TB bacteria are put into the air when a person with TB disease of the lungs or throat coughs, sneezes, speaks, or sings. People nearby may breathe in these bacteria and become infected. 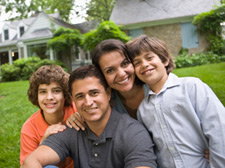 Once infected with TB bacteria, children are more likely to get sick with TB disease and to get sick more quickly than adults. In comparison to children, TB disease in adults is usually due to past TB infection that becomes active years later, when a person’s immune system becomes weak for some reason (e.g., HIV infection, diabetes). 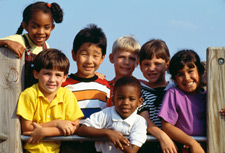 In the absence of symptoms, usually the only sign of TB infection is a positive reaction to the TB skin test or TB blood test. TB skin testing is considered safe in children, and is preferred over TB blood tests for children less than 5 years of age.

All children with a positive test for TB infection, symptoms of TB, or a history of contact with a person with infectious TB disease should undergo a medical evaluation. Medical evaluations for TB disease include a chest x-ray and physical examination to exclude TB disease, and must be done before beginning treatment for latent TB infection.

TB disease is treated by taking several anti-TB medicines for 6 to 9 months. It is important to note that if a child stops taking the drugs before completion, the child can become sick again. If drugs are not taken correctly, the bacteria that are still alive may become resistant to those drugs. TB that is resistant to drugs is harder and more expensive to treat, and treatment lasts much longer (up to 18 to 24 months).

BCG, or bacille Calmette-Guerin, is a vaccine to prevent TB disease. BCG is used in many countries to prevent childhood TB disease. However, the BCG vaccine is not generally used in the United States, because of the low risk of infection with TB bacteria and the variable effectiveness of the vaccine. The BCG vaccine should only be considered for very select persons who meet specific criteria and in consultation with a TB doctor.

In the United States, a total of 9,582 cases of TB were reported in 2013, of which 485 (5%) cases were among children less than 15 years of age. Worldwide, it is estimated that there are at least 1 million cases of TB among children less than 15 years of age each year. In high TB burden settings outside of the United States, children account for an estimated 15–20% of TB cases.