The tuberculin skin test is considered both valid and safe to use throughout pregnancy. The TB blood test is safe to use during pregnancy, but has not been evaluated for diagnosing TB infection in pregnant women. Other tests are needed to diagnose TB disease.

Pregnant women who are diagnosed with TB disease should start treatment as soon as TB is detected. Although the TB drugs used in treatment cross the placenta, these drugs do not appear to have harmful effects on the baby.

The following antituberculosis drugs are contraindicated in pregnant women

Women who are being treated for drug-resistant TB should receive counseling concerning the risk to the fetus because of the known and unknown risks of second-line antituberculosis drugs. 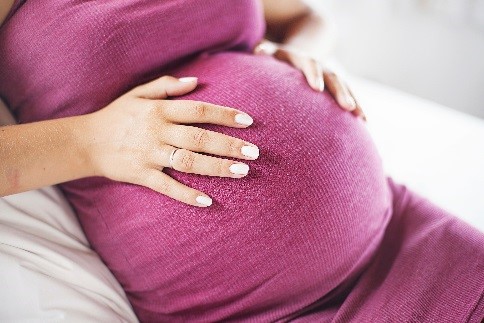 Breastfeeding should not be discouraged for women being treated with the first-line antituberculosis drugs because the concentrations of these drugs in breast milk are too small to produce toxicity in the nursing newborn. For the same reason, drugs in breast milk are not an effective treatment for TB disease or LTBI in a nursing infant. Breastfeeding women taking INH should also take pyridoxine (vitamin B6) supplementation.