In 2019, a total of 8,916 TB cases were reported in the United States; however, Asian persons continue to be impacted by TB at a greater rate compared to other racial and ethnic minority groups. 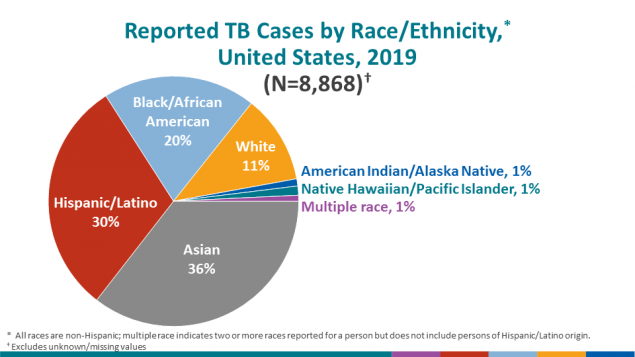 TB is a challenging disease to diagnose, treat, and control. Dwindling resources and loss of public health capacity, including access to care and maintaining clinical and public health expertise, add to the challenge. It is critical to reach those populations at highest risk for TB, and to identify and implement innovative strategies to improve diagnosis and treatment.

Similar to other racial and ethnic minority groups, Asian persons face a number of challenges that contribute to higher rates of TB. Challenges include: