Nauman knew something wasn’t right. He had a sharp pain in his chest and it was difficult to breathe. He went to the emergency room and had a chest x-ray. His doctors thought it was pneumonia. The pain continued to get worse over the next few months. Soon he began experiencing night sweats, weight loss, extreme fatigue, and diarrhea. Nauman couldn’t take one breath of air without struggling. A lung biopsy revealed he had tuberculosis.

“When they first told me I had tuberculosis I didn’t think much about it. From my vague memory of what tuberculosis is, I thought it was just some type of cough disease that you can take some medicine for and you would be okay in a week or two,” Nauman recalls.

He was referred to a local clinic familiar with TB and began treatment. After a couple of weeks, he began to feel better and gain weight. But Nauman could feel his body telling him that progress had stalled. Test results showed that his particular strain of TB was drug-resistant, which meant the drugs Nauman was taking could not kill all the TB bacteria in his body.

Nauman remembers, “I didn’t know much about drug-resistant tuberculosis. And the one thing that concerned me the most was the length of the treatment. So now it went from six to nine months at most, to now 18 to 24 months.”

People with drug-resistant TB, like Nauman, need special medications to treat their tuberculosis. These medicines are not as good as the usual TB medicines and they may cause more side effects. Nauman started treatment for his drug-resistant tuberculosis, and one of the medications was an injection. He was often tired throughout the day and he had acid reflux. In addition to the physical side effects from the medications, there was a psychological impact as well. Nauman began experiencing depression, fear, paranoia, and the feeling of being concerned all the time. It was often difficult to balance treatment with his personal life.

For six months, Nauman visited the local clinic every day for directly observed therapy (DOT). DOT meant that Nauman took his medicine while a nurse watched. The nurse also administered the medication he received by injection. After six months, he completed his regimen of the injectable TB medication. Nauman was then able to continue his DOT through technology that allowed him to video conference with his nurse.

“I could take the medication at the time that works best for me. The video DOT helped significantly. I was taking it while I was at work or at home, so it worked out perfectly well,” says Nauman.

After twenty months, Nauman completed his treatment. Although he looks back on his experience with TB as a difficult time in his life, it has provided some positive elements. He feels it has made him a lot stronger. And, being involved in the TB community as an advocate and helping other people has made his life more fulfilling.

He wants people with TB to know that there are support groups for TB patients and they really help. Whether it’s through social media or in-person events, meeting up with other TB patients was very helpful during his treatment. Connecting with other TB patients helped him learn more about the disease, share similar experiences, and better prepared him for going through treatment and knowing what to expect.

And he wants people currently going through treatment to know it does get better. Now that TB is behind him he feels like he is back to his old self. Maybe even better.

“My life now as compared to my life going through treatments, it’s a complete 180. I feel better physically. I feel healthier. Mentally, I feel normal. I’m focused. I’m happy. I’m optimistic. So it’s a complete 180 from where I was during the treatment. And now I’m in a great space”, says Nauman.

Nauman is a part of We Are TBexternal icon, a network of TB survivors. 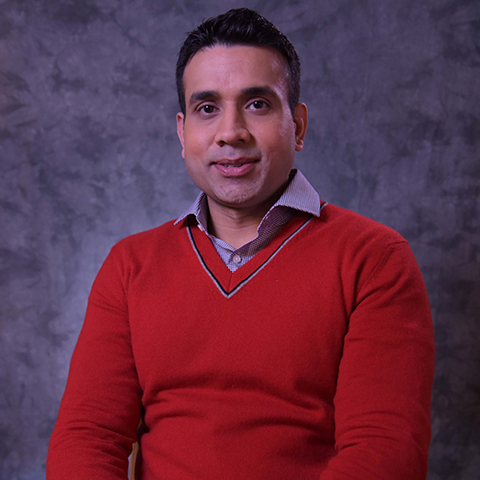 “Nauman’s treatment for drug-resistant TB lasted for a year and a half. Side effects from the medications and the length of treatment made completing treatment difficult. Video technology helped make his treatment much more convenient.” https://go.usa.gov/xn5K2external icon

“Nauman’s treatment for drug-resistant TB lasted for a year and a half.” https://go.usa.gov/xn5K2external icon