One of the most important events for people working in tuberculosis (TB) elimination is World TB Day. World TB Day is observed annually on March 24, to commemorate Dr. Robert Koch’s announcement of his discovery of Mycobacterium tuberculosis, the bacillus that causes TB. On March 24, and the days leading up to it, CDC and many others shared successes in TB prevention and control, and raised awareness of the challenges that hinder our progress toward the elimination of this devastating disease. 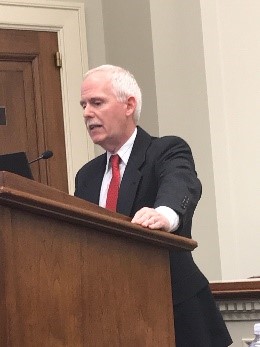 A total of 9,029 TB cases were reported in the United States in 2018 according to preliminary data from the CDC National TB Surveillance System. This is the lowest case count on record and corresponds with a TB rate of 2.8 per 100,000 persons, a rate 1.3% lower than reported in 2017. This decrease is consistent with the modest decline seen over the past several years; however, the current level of progress remains insufficient to eliminate TB in the United States in this century.

On March 27th, I had the honor to present at the annual World TB Day congressional briefing in Washington, D.C., which is hosted by the American Thoracic Society, RESULTS, the National TB Controllers Association, and Treatment Action group in cooperation with the U.S. House of Representatives TB Elimination Caucus.  I presented an update about U.S. TB burden, and what is needed to move the United States closer to the goal of TB elimination.

Achieving TB elimination will also require the continued hard work and dedication from those working at the state and local levels, including TB control programs and healthcare providers who are working to end TB in their communities. One of the goals of this year’s CDC World TB Day campaign was to highlight this great work through the 2019 CDC TB Elimination Champions project. In keeping with this year’s World TB Day theme “It’s Time!” we highlighted photos from organizations and individuals that represent their work and commitment to the “It’s Time to End TB!” mission. We encourage you to read their stories and share their photos with your partners and colleagues. 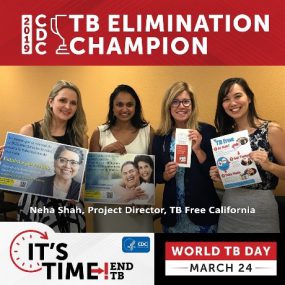 “It’s Time!” to take a look back on all the great activities during World TB Day 2019!

In keeping with the 2019 U.S. World TB Day theme “It’s Time!,” this year we issued a call for photo submissions from organizations or individuals that represent their work and commitment to the “It’s Time to End TB!” mission.

We were pleased to recognize 9 organizations and individuals working to end TB in their communities! 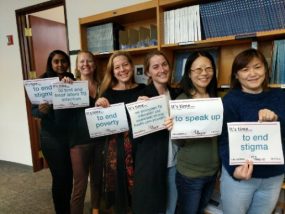 World TB Day Social Media Photo Challenge: This year we encouraged our TB partners and audiences to share their own “It’s Time” message. Participants could download a template, write their World TB Day message, take a picture, and post on Twitter, Facebook, and Instagram. It was great seeing so many people share their TB messages. Thank you to everyone who participated! 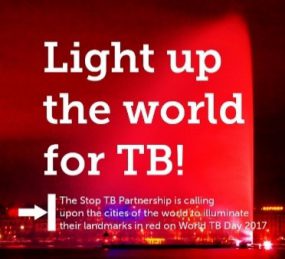 Lighting Up CDC in Red for World TB Day: This year on World TB Day the Stop TB Partnership launched a global challenge “Light up the World for TB”. TB partners were challenged to work with authorities in cities across the world to light up their landmarks in red to show their commitment towards ending TB. CDC participated by lighting in red the CDC Roybal campus main entrance on March 25th. 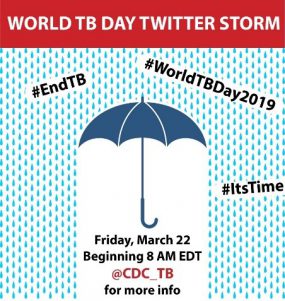 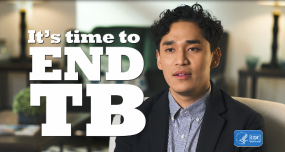 World TB Day Personal Stories: In December 2018, CEBSB and contract staff filmed four TB survivors as part of the ongoing TB Personal Stories series. In addition to filming their individual stories, we also produced six short World TB Day videos. Each survivor highlighted a World TB Day message that resonated with them and their TB experience, such as the need to strengthen TB education and awareness among health care providers, encouraging increased latent TB infection testing and treatment, and fighting the stigma that still surrounds TB. 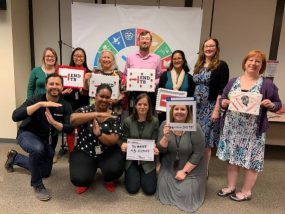 World TB Day Activities Map: World TB Day observances happened all around the United States and beyond. This year our activity map featured over 29 World TB Day activities taking place in 16 states and U.S. Territories, and 4 international events from 3 countries. Thank you to everyone who added their activity!

The Surveillance for Tuberculosis Elimination Management System (STEMS) is a free web-based application to help state and local health departments manage persons with latent tuberculosis infection (LTBI) and tuberculosis disease (TB). If your health jurisdiction is interested in STEMS, please contact STEMS@cdc.gov for information about how to access the application.  For more information please see the STEMS page on the CDC website or visit the STEMS table at the National TB Controller’s Association National TB Conference April 23-26, 2019, Atlanta, GA.

The 2017 State and City Tuberculosis Report is now available. This report publishes key process and outcomes measures for TB control programs in the United States to evaluate progress towards TB elimination. 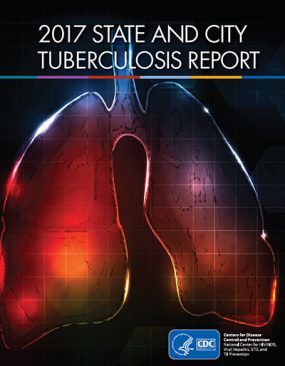 CDC selected the measures used in the report, in cooperation with partners in state and local health departments. The measures cover a wide range of important TB topics, including TB incidence, treatment completion for TB disease, known-HIV status, and treatment initiation and completion for contacts diagnosed with latent TB infection.

• assess needs for education and technical assistance, and

Data for calculating these indicators come from the National TB Surveillance System and the Aggregate Reports for Program Evaluation.

New and updated tuberculosis (TB) testing resources were released in 2018 for laboratorians and healthcare professionals to include: 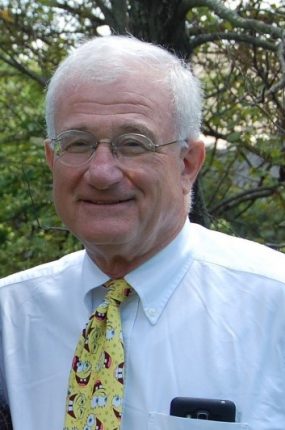 Each year, The Union-North American Region recognizes the valuable contributions of our colleagues working in the field of tuberculosis control and prevention.  This is the highest award of the region.  It is given to an individual who has made outstanding contributions to the field of TB over a lifetime. This year’s recipient is Dr. Andrew Anthony Vernon.

Dr. Vernon first joined the U.S. Centers for Disease Control (CDC) in 1978, serving as an Epidemic Intelligence Service Officer from 1978 to 1980 and as Medical Epidemiologist in 1980-81. From 1981 to 1987, he completed his medical residency and fellowship, then served as an attending physician at Johns Hopkins Hospital, working on multiple HIV-related projects with Drs. John Bartlett and Frank Polk. He returned to CDC in 1987, taking an assignment as a Medical Epidemiologist in Kinshasa, Zaire, to work with child survival programs. In 1990 he returned to Atlanta to serve as Assistant Director for Science and then Director of the Technical Support Division in the International Health Program Office. In 1993-95 he was Field Epidemiologist with the TB Control Program in the state of Georgia. He moved in 1995 to the Clinical Research Branch, Division of Tuberculosis Elimination (DTBE), where he coordinated DTBE’s revived engagement in TB Clinical Trials and guided the conduct of USPHS Study 22.   From 2002-2004 he served as Associate Director for Science (ADS) in the National Center for HIV, STD, and TB Prevention. Since 2004 he has been Chief of the Clinical Research Branch.

In 1998, the Study 22 trial leadership reorganized to create the Tuberculosis Trials Consortium, or TBTC; Dr. Vernon served as the first CDC co-chair. The TBTC is a collaboration of clinical researchers from academic and Veterans Affairs medical centers, and from public health departments, both within and outside the United States, whose mission is the conduct of programmatically relevant research in TB prevention and control. After returning as Branch chief in 2004, Dr Vernon continued to lead the TBTC and to advocate for the role of clinical trials in the service of public health science. He served for 30 years in the US Public Health Service’s Commissioned Corps, joining the Civil Service in 2014 after compulsory Corps retirement. 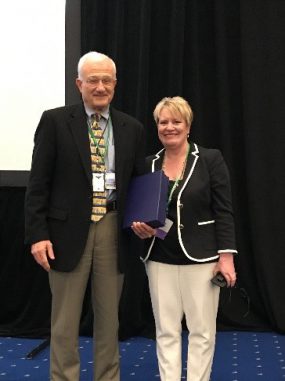 The care and treatment of patients affected by TB has significantly improved through Dr. Vernon’s guidance of TBTC, and diligent pursuit of programmatically relevant research. His collaborative nature and keen sense of scientific rigor have been instrumental to TBTC’s engagement in studies that have strengthened the influence of science on program. TBTC work has influenced TB guidelines, provided a clearer focus on the parameters of successful treatment of TB disease and LTBI, emphasized the importance of drug pharmacokinetics, and highlighted the crucial role of individual patient management.

Dr. Vernon’s work towards TB elimination was not limited to TBTC. From 2001 to 2007, Andy served as Chair of The Union’s Clinical Trials Steering Committee. Between 2007 and 2016, he served as an Associate Editor for the International Journal of TB and Lung Disease. He was an active member of the World Health Organization’s Task Force on New TB Drug Policy Development from 2012 to 2018, and has served on multiple guideline development committees in the past two decades.

Dr. Vernon’s capacity to recognize how a concept may be translated to the benefit of patients affected by TB, his approachable style, and his mentorship have helped his peers enhance their efforts to curb TB, and enabled younger colleagues to build the knowledge and skills needed to become the next generation of investigators to further improve TB care and treatment.

It is for these highlighted actions, as well as his many contributions to the TB scientific knowledge base, that we recognize Dr. Andrew Vernon with the 2019 Lifetime Achievement Award of the Union-North American Region.

TBTC Study 37: Assessment of the Safety, Tolerability, and Effectiveness of Rifapentine Given Daily for LTBI (ASTERoiD) (ClinicalTrials.gov Identifier: NCT03474029) tests a shorter, simpler latent TB infection regimen. It is being conducted in collaboration with CDC’s TB Epidemiologic Studies Consortium (TBESC) and with the UK Medical Research Council, and is expected to begin enrolling in the second quarter of 2019, following a lengthy administrative delay. The trial aims to compare a 6-week regimen of daily self-administered rifapentine with 2 or 3 rifamycin-based comparator regimens (3HP, 4R, 3HR), for the treatment of drug-sensitive latent TB infection. It seeks to enroll at least 3,400 persons.

TBTC Study 35: Phase I/II Dose Finding and Safety Study of Rifapentine and Isoniazid in HIV-Infected and HIV-Uninfected Children with Latent Tuberculosis Infection (ClinicalTrials.gov Identifier: NCT03730181) also aims to open in the first half of 2019. Study 35 will evaluate tolerability and pharmacokinetics of a new child-friendly formulation of isoniazid and rifapentine in children aged 0-12 years, at 2 sites in South Africa. It will enroll about 72 participants.

TBTC Study 32: Efficacy and Safety of Levofloxacin for the Treatment of MDR-TB (Opti-Q) (ClinicalTrials.gov Identifier: NCT01918397) was conducted in collaboration with Boston University and support from NIAID’s Division of Microbiology and Infectious Disease. Study 32 enrolled 111 participants at 3 sites in Lima and South Africa. CDC will complete final laboratory testing this year, to be followed with reporting of study results.

TBTC Study 31/ACTG A5349: Rifapentine-containing Tuberculosis Treatment Shortening Regimens (ClinicalTrials.gov Identifier: NCT02410772) completed enrollment of 2,516 participants in October 2018; results are expected in the first half of 2020. This large phase 3 trial has been a successful collaboration between CDC’s TBTC and NIAID/Division of AIDS’ Adult AIDS Clinical Trials Group (ACTG). Several significant sub-studies are nested within the trial, which is expected to provide substantial information on drug pharmacokinetics, on biomarkers, and on adherence effects.

The 43rd TBTC semi-annual meeting will take place May 14-16, 2019 in Atlanta. Discussion there will address planning for prospective new trials involving novel agents and novel approaches the treatment of active and latent TB.