When Thomas started feeling sick his doctors diagnosed him with pneumonia. A couple of months later he was still having night sweats, didn’t have an appetite, and felt extremely tired all the time. At his next hospital visit he had a chest x-ray and was told he had TB. He didn’t know what to expect and had lots of questions.

“Was I going to be able to get rid of it? Was this something I was going to have to deal with for the rest of my life, how it was going to affect my body”, asked Thomas.

He was told he had to take medication for nine months and was given a piece of paper with information about tuberculosis and treatment. But he felt so sick he didn’t fully read and understand the information he was given that explained the side effects from TB medications.

“I could read it on a piece of paper but I might not fully understand it. I might have questions or whatever. Even though they did answer my questions when I asked, I would have kind of prefer to be told a little bit more about it than I was,” Thomas reflects.

Thomas was released from the hospital once he was no longer contagious. He had lost a lot of weight and was surprised when he looked at himself in the mirror and saw his thin body. However, he was soon able to get back to his normal activities and he began to build his weight back up to normal. However, the stigma around TB made some things difficult.

As a TB advocate Thomas hopes to raise awareness about TB.

“Most people think that, okay, it’s out here but it will never happen to me. That’s what I thought, you know. I know people are still testing for it but I didn’t think it was big enough to reach me,” says Thomas.

And he has a message for those recently diagnosed with TB.

“Stick with the medication. It’s going to take you through some things but stick with it, because it’s the only way that you’re going to be able to get rid of it. That would be my advice, and to become aware and make others aware as much as you possibly can.” 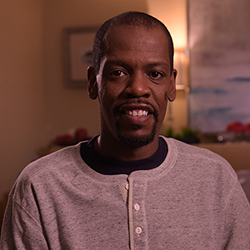 “Thomas wasn’t sure what was going to happen when he was diagnosed with TB. He hopes his story will encourage TB patients and health care providers to talk about what to expect during treatment.” https://go.usa.gov/xn5Kjexternal icon 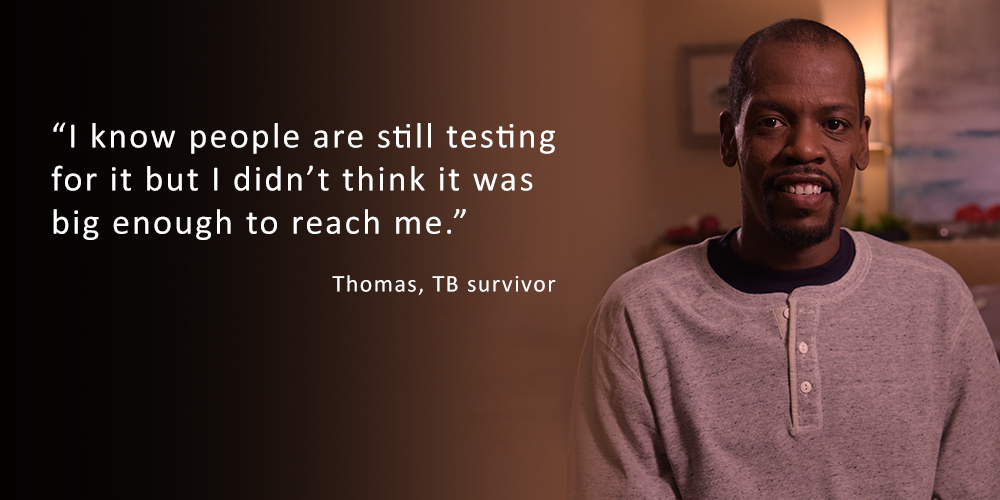 “Thomas hopes his story will encourage TB patients and health care providers to talk about what to expect during treatment.”
https://go.usa.gov/xn5Kjexternal icon