Jerry wasn’t concerned when his TB skin test was positive. He had been going to the same homeless shelter for years and was familiar with the routine TB skin test they required. His TB skin test results had been positive in the past, and the follow-up chest x-ray had always ruled out TB disease.

“I’m a veteran, so I went to VA hospital and got my lung x-rayed. Didn’t think much of it, wasn’t worried about it. I’ve never failed a lung x-ray,” Jerry recalls.

However, this time was different. The results of his chest x-ray indicated he had active TB disease. His case manager at Veterans Affairs was trying to get in touch with Jerry to get him started on TB medications and make sure he didn’t spread TB to others.

“The VA had been looking for me because my phone didn’t work, and my case manager at the VA didn’t know how to get a hold of me. So, she got a hold of a friend of mine that knew me real well. And he contacted me and told me that, you need to call the VA now because they’re looking for you,” says Jerry.

It was during this time that Jerry began to really think about making changes in his life. He knew he had to contact the VA and begin the process of recovery. He was soon admitted to the Texas Center for Infectious Disease. 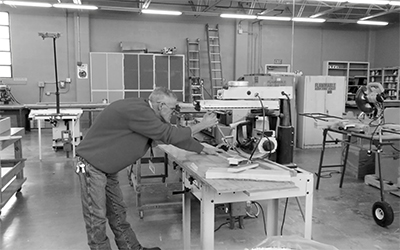 Jerry now works as an electrician at the hospital where he was treated.

“That was probably the biggest thing that turned all this around. TB actually saved my life, it really did. The day I got there, I quit smoking, I quit drinking, and I quit doing drugs,” Jerry recalls.

When Jerry reflects on his journey with TB he is amazed at where it led. He now is a TB advocate and wants those with TB now to know that they too will get better.

He says, “My biggest message would be, you’re going to have to be patient because it is a lengthy process to be cured, but you are going to be cured.”

Jerry is a part of We Are TBexternal icon, a network of TB survivors.

Jerry faced many barriers when he was diagnosed with TB disease. He would have never guessed how much his life would turn around because of TB. Jerry says, “TB actually saved my life.” http://bit.ly/2ABGrHtexternal icon