CDC’s National Center for Emerging and Zoonotic Infectious Diseases (NCEZID) works 24/7 to protect the United States from domestic and global public health threats. This report highlights our work in 2019. The challenges confronting scientists, laboratorians, and other public health experts this year inspired solutions that fast-tracked reductions in illness and death from infectious diseases. A few stand- out examples are included here.

AMR Challenge: A novel effort to engage the world in combating antimicrobial resistance

Antibiotic resistance (also antimicrobial resistance, or AMR) is one of today’s greatest public health challenges. This year, CDC engaged more than 600 partners across sectors for the AMR Challenge, a global call to action to take measurable steps in the fight against this threat. At the 74th United Nations General Assembly in September 2019, CDC celebrated the AMR Challenge Year with nearly 350 commitments from 32 countries, reaching nearly 3 billion people as one of the most ambitious initiatives to date to combat antibiotic resistance.

CDC is now working to incorporate these commitments as a part of the agency’s strategies to make a difference. Nearly half of the commitments focus on improving antibiotic use, which helps slow the development of antibiotic resistance. More than 45 major food and animal corporations committed to use their purchasing power to improve antibiotic use. Commitments spanned more than 10,000 healthcare facilities around the world. Upward of 55 pharmaceutical and biotech groups pledged to develop or provide access to products that will prevent and treat resistant infections. All 50 US state public health departments also showed their leadership by making commitments to slow the spread of antibiotic resistance across the United States. 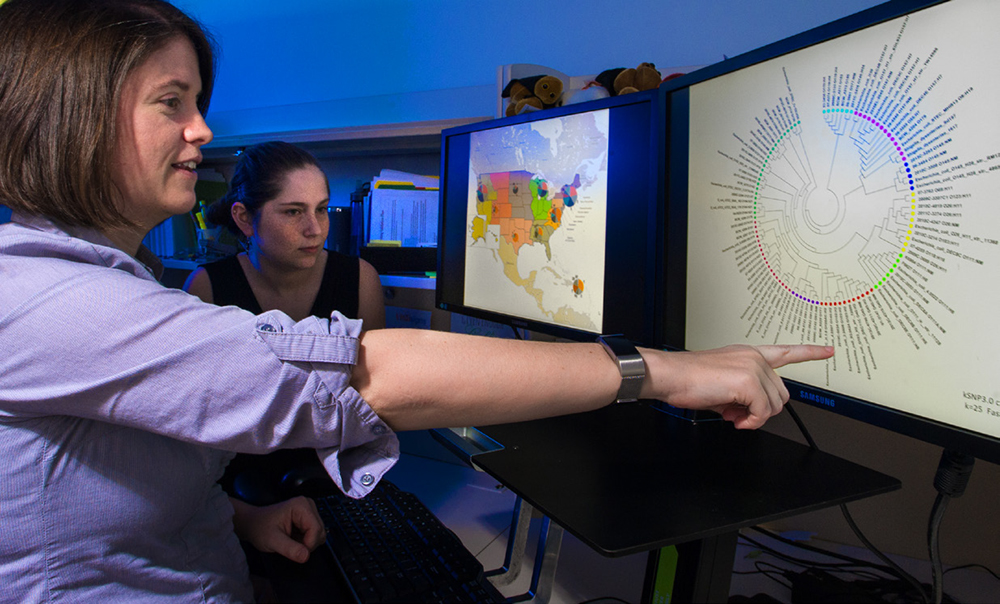 Investigators used WGS to track down a Salmonella outbreak, resulting in a USDA recall of 12 million pounds of ground beef.

Investigators used WGS to track down a Salmonella outbreak, resulting in a USDA recall of 12 million pounds of ground beef.

In 2019, the PulseNet national laboratory network transitioned to using the laboratory and data analysis method whole genome sequencing (WGS) pdf icon[PDF – 1 page] to identify and investigate foodborne outbreaks caused by intestinal (enteric) infections. Eighty-three PulseNet laboratories across the United States, at least one in every state, now have the tools to generate, analyze, and share WGS results with the other network participants, letting public health officials find the source of outbreaks with more precision.

For instance, in 2018 and 2019, a Salmonella outbreak causing illness in more than 400 people was linked to contaminated ground beef. WGS data helped investigators define which ill people were part of the outbreak, guiding the US Department of Agriculture (USDA) to recall more than 12 million pounds of beefexternal icon. CDC is working with its partners at the US Food and Drug Administration (FDA), USDA, and state health departments to share what they have learned about harmful foodborne pathogens using WGS technology. Information flow between these federal partners helps outbreak investigators rapidly identify sources of infection and trace those food items back to where the contamination occurred, saving lives and protecting our food supply.

Estimating the burden: A much-anticipated update of the AR Threats Report is released 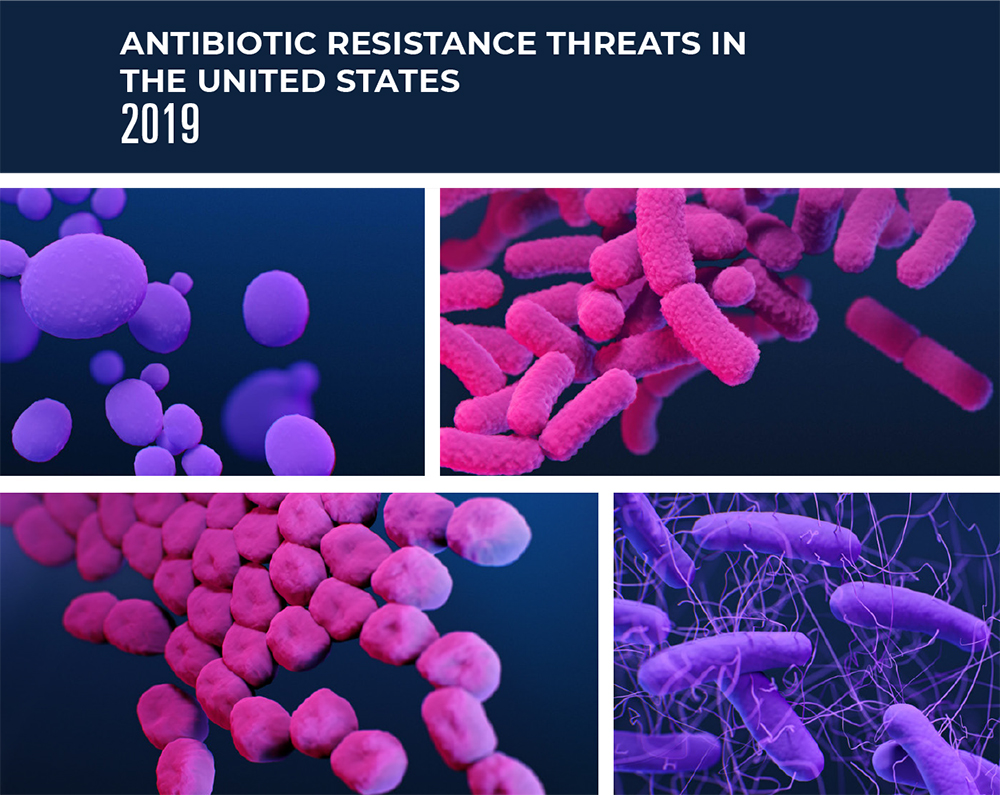 This year, CDC released Antibiotic Resistance Threats in the United States, 2019, an update of the 2013 report on the national burden of antibiotic resistance using new data sources.

The new report shows that antibiotic resistance is a larger threat in the United States than first estimated in 2013—more than 2.8 million infections occur each year and at least 35,000 people die as a result—but the country has made progress since then. Like the 2013 report pdf icon[PDF – 114 pages], CDC’s new AR Threats Report establishes a national baseline of antibiotic resistance and categorizes the top antibiotic- resistance threats as urgent, serious, or concerning. New data sources show that prevention efforts have reduced deaths from antibiotic-resistant infections by 18 percent since the 2013 report, and nearly 30 percent in hospitals. But the call to action is as urgent as ever—concerted effort on a national and global scale is needed to reduce infections and deaths caused by these germs.

CDC remains committed to leading the nation to rapidly detect, prevent, and innovate in the fight against antibiotic resistance. The agency continues to work with partners to expand our national response and prevention capacity and enhance our ability to combat the growing threat of antibiotic resistance worldwide.