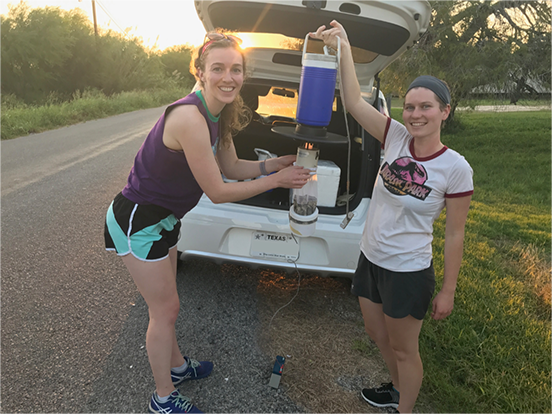 Student responders assisted the on-site mosquito control unit with control activities like setting CDC Light Traps to collect mosquitoes during the disaster response in Texas to Hurricane Harvey.
All photos courtesy of the Midwest Vector-Borne Disease Center of Excellence

Student responders assisted the on-site mosquito control unit with control activities like setting CDC Light Traps to collect mosquitoes during the disaster response in Texas to Hurricane Harvey.
All photos courtesy of the Midwest Vector-Borne Disease Center of Excellence

Five Vector-Borne Disease Regional Centers of Excellence were established at universities across the country in 2017 to strengthen our nation’s ability to prevent and respond to current and emerging vector-borne disease threats. These Centers of Excellence serve millions of people across 41 state and territorial jurisdictions. They combine efforts in conducting innovative applied research, training next generation medical entomologists, and working directly with public health to meet regional needs associated with vectors and vector-borne diseases.

The number of mosquitoes typically increases in the weeks after flooding because mosquito eggs laid in the soil by floodwater mosquitoes during previous floods are then able to hatch. The resulting large numbers of mosquitoes can affect recovery efforts and lead to increased risk of mosquito-borne diseases. Mosquito control immediately following flooding is important to protect the public and responders from mosquito bites.

The valuable impact of these centers was demonstrated during the disaster response to Hurricane Harvey in Texas in September 2017. The Category 4 force of Hurricane Harvey had caused catastrophic flooding in the Houston area and southeast Texas. The on-site mosquito control unit in Houston needed more trained personnel and called on assistance from the Midwest Center of Excellence for Vector-Borne Diseaseexternal icon at the University of Wisconsin-Madison.

“I received an email with the bright-red exclamation point” indicating urgency, recalled the Center of Excellence’s Director, Dr. Lyric Bartholomay. “We were able to deploy four student trainees and staff within just three days, despite it being the hectic start of the semester.” Offering this type of field experience and training to students studying vector-borne diseases fulfills one of the important goals of these Centers of Excellence. 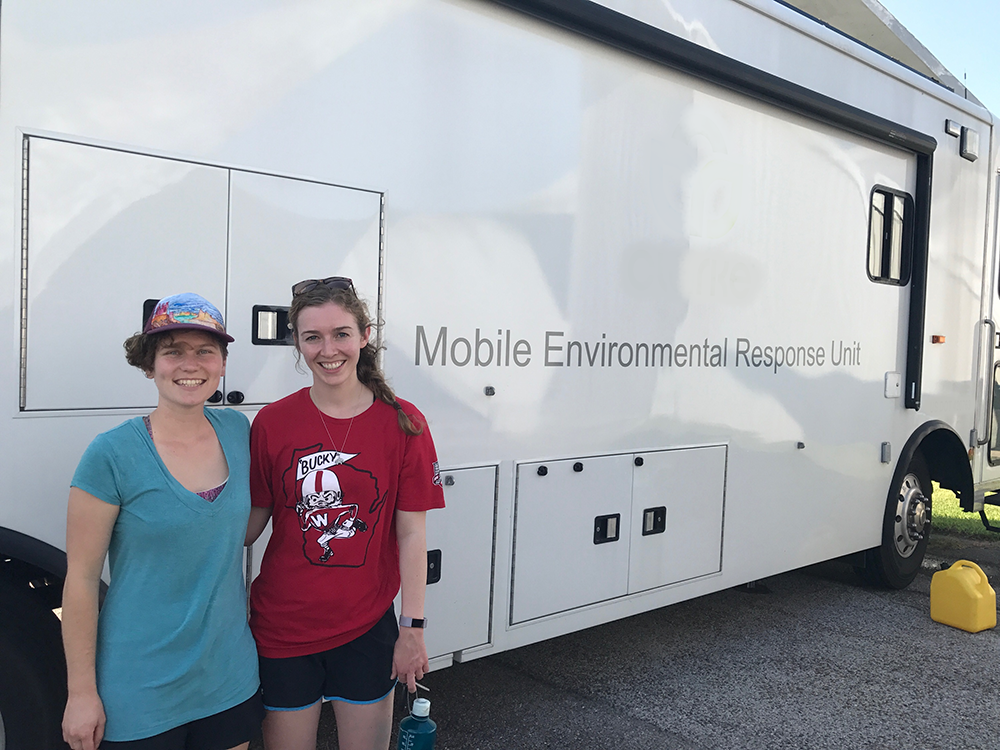 Student responders identified species of mosquitoes in this laboratory, a converted mobile home, during the disaster response in Texas to Hurricane Harvey.

Student responders identified species of mosquitoes in this laboratory, a converted mobile home, during the disaster response in Texas to Hurricane Harvey.

Within the first hour of landing in Corpus Christi, Texas, the responders got to work identifying mosquito species collected in traps. Working out of a mobile laboratory, they worked with the mosquito control unit in a few towns as they made their way to Houston.

“It was a high-volume, fast-paced environment. We received thousands of mosquitoes from traps in the morning that needed to be identified and logged before the data report in the afternoon,” explained Brendan Dunphy, a staff responder. The control activities and species of mosquitoes in Texas were different from those in the Midwest. However, the students were able to adapt and translate their skills to the situation. Within one day, the responders’ help significantly increased the on-site mosquito control unit’s turnaround time and capacity to identify and log mosquito species.

More students joined the response in Houston, where they helped conduct insecticide-resistance field studies on mosquitoes. “We used the trap data to identify ‘hot spots’ of mosquitoes,” Norris noted, and that helped mosquito control unit staff make decisions about where to spray. “It was educational to see how information traveled from the field to decision makers and just how many parts go into vector control. As a laboratorian, knowing how to communicate with those in the field has been beneficial to my career.” 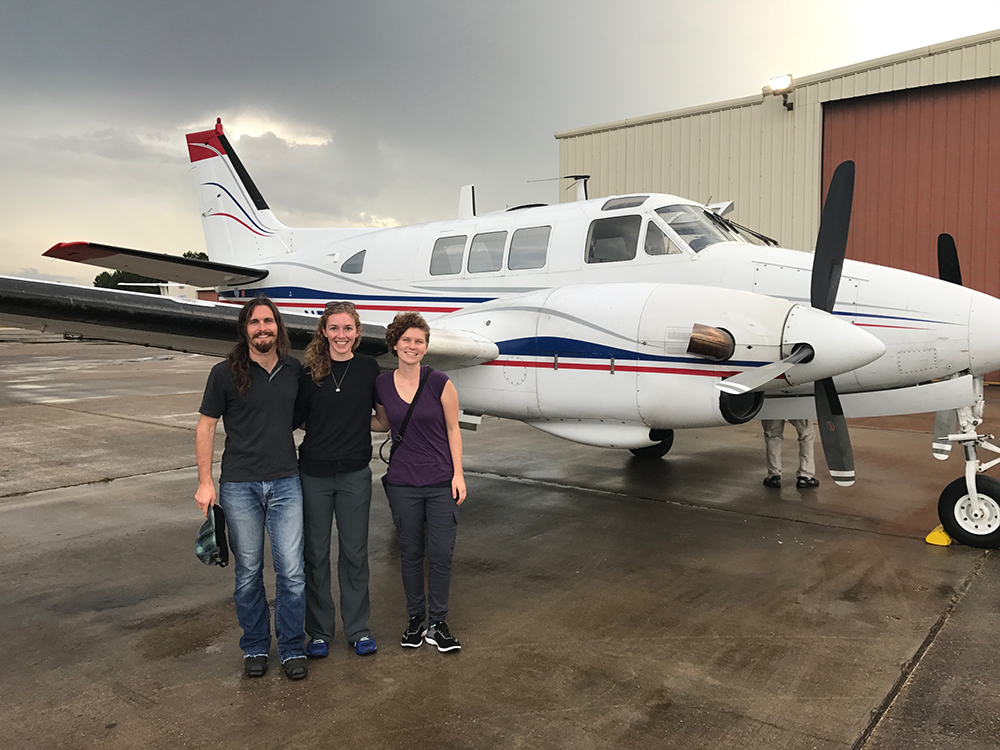 Student responders assisted with data collection for aerial spraying to control mosquitoes during the disaster response to Hurricane Harvey.

Student responders assisted with data collection for aerial spraying to control mosquitoes during the disaster response to Hurricane Harvey.

From this response, a fellowship training program was developed. Student trainees from the Midwest Center of Excellence for Vector-Borne Disease can now participate in a month-long fellowship with the on-site  mosquito control unit in Texas where they gain experience in surveillance, field operations, and laboratory activities. “It’s different from our surveillance activities in Wisconsin,” remarked fellow Mitchell Kirsch, “I was able to apply background knowledge to current problems. The experience will help me in my future career.”

The capacity and expertise of the Midwest Center of Excellence for Vector-Borne Disease allowed responders to be trained and ready to help in a natural disaster response. The Center of Excellence continues to assist in regional outbreak responses, respond to requests for assistance from local health departments, and provide training. Funding from CDC’s Division of Vector-borne Diseases supported this response. “This is a nice case-study of what the Vector-Borne Disease Regional Centers of Excellence can do,” said Dr. Bartholomay, and “it felt good to help in a natural disaster.”