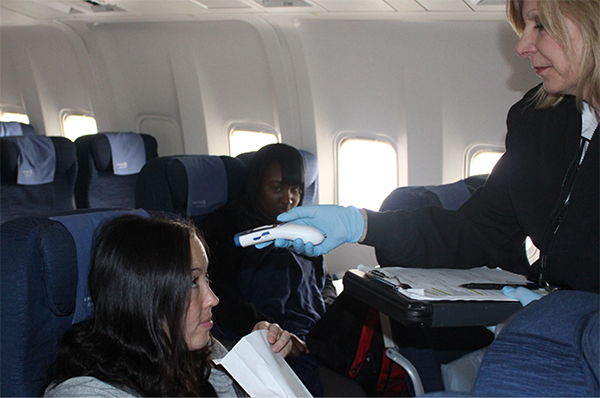 CDC’s long-standing coordination with federal, state, and local partners to safeguard US ports of entry from contagious diseases was put to the test in September 2018, when a commercial airline from Dubai alerted JFK Airport about 100 sick passengers on board. CDC’s quarantine officers worked with the US Customs and Border Protection officers to rapidly isolate the plane and screen passengers for illness. Local partners transported ill passengers to the hospital for further evaluation, where several passengers tested positive for flu. The remaining passengers were screened and released. The next day, two more flights into the United States reported ill passengers, with one traveler testing positive for flu. These events show how CDC’s meticulous planning and around-the-clock work behind the scenes protect people in the United States, including recent arrivals.

In 2018, the United States launched an electronic system, eMedical USA, to improve the quality of immigrant applicants’ records and help physicians trained and licensed to practice overseas (panel physicians) to detect health-related conditions such as tuberculosis. The system improves the transfer of important medical information and improves CDC’s ability to review the quality of medical exams, reducing the risk that panel physicians miss patients with tuberculosis immigrating into the United States. CDC staff, in partnership with the US Department of State, developed, tested, and established the eMedical system; trained US panel physicians and their staff in its use; and developed the partnership agreements necessary for eMedical’s use. The system will eventually be used by nearly 700 US panel physicians in 150 countries.

Providing Critical Guidance In The Flight To End Tuberculosis

Because tuberculosis is a challenging disease to diagnose, treat, and control, CDC published new Tuberculosis Technical Instructions to help panel physicians overseas and civil surgeons in the United States to detect and treat infectious forms of tuberculosis (TB). These instructions help to ensure that people diagnosed with TB are treated and the risk of spreading TB among the US population is reduced. It is crucial that medical professionals have the most up-to-date materials to screen and treat patients for TB. These instructions are another tool experts can use in the fight to end TB. 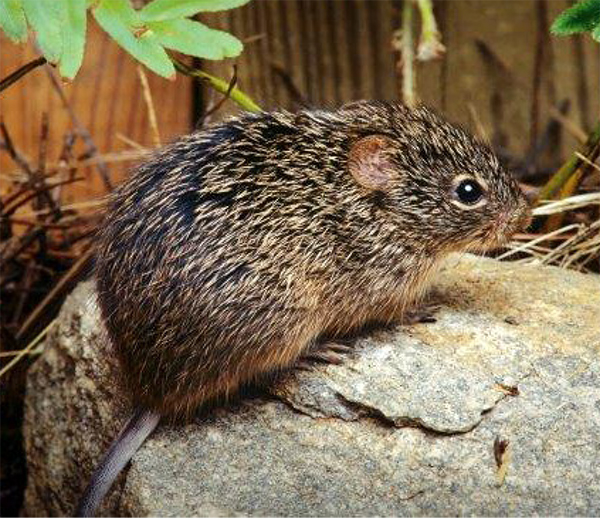 Hantaviruses are found around the world in rodents and can cause severe or deadly illnesses in people. Andes virus is a type of hantavirus found in South America, and it is the only hantavirus strain that can also spread between people. CDC collaborated with several states in 2018 to investigate the first known imported case of Andes virus infection in the United States. The ill person was a traveler who was infected while visiting South America and who could have exposed others when flying back to the United States. CDC and local and state health departments responded quickly and conducted investigations to identify and notify those who were exposed to the sick passenger on the plane. No one else was infected.

Gearing up to fight the world’s deadliest diseases

CDC disease detectives regularly go off the beaten path to crawl with snakes, trap bats, and vaccinate stray dogs so they can study dangerous pathogens, prevent illnesses and stop outbreaks. In 2018, WIRED magazine published a video detailing the gear that NCEZID experts use while on the front lines  fighting deadly diseases like rabies, monkeypox, and Ebola.

While vacationing in Florida in January 2018, two European tourists found a sick bat and dropped it off at a veterinary clinic. The clinic tested the bat, and by the time the results were in—a positive test for rabies virus—the couple had left. They had not given any contact information but had mentioned they were from Switzerland. When notified about this potential rabies exposure, the Florida Department of Health investigated and contacted CDC staff, who then reached out to Swiss health officials to update the Swiss government about the situation. Swiss health officials identified the couple within 5 hours after releasing a national health alert. The couple started rabies post-exposure prophylaxis that same day, and it may have saved their lives.