The number of people in the United States who got ill from mosquito, tick, and flea bites tripled between 2004 and 2016, according to a CDC Vital Signs report released in May 2018. Just over 27,000 illnesses were reported in 2004, and that number rose to more than 96,000 in 2016. Better control of mosquitoes and ticks is needed to protect people from these costly and sometimes deadly diseases. CDC is helping by funding states, territories, industry, and other groups to detect and respond to these infections and report cases to CDC.

The first Asian longhorned tick found in the United States was discovered on a sheep in New Jersey in August 2017. Since then, experts have found the tick on pets, livestock, wildlife, and people. As of October 2018, scientists had not identified any harmful germs in the ticks collected in the United States; however, in other parts of the world, diseases spread by this tick can make people and animals seriously ill.

CDC scientists are learning more about the Asian longhorned tick and the threats it may pose in the United States by establishing a tick colony to determine what germs it could spread in the United States. CDC also is working with partners nationwide to find and track these ticks and conduct tests to determine how susceptible they are to pesticides. The presence of this tick in the United States presents an opportunity for collaboration between public health, agriculture, and other sectors to prevent diseases before people and animals get sick.

Getting social with tick bite prevention 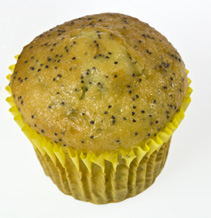 CDC captured national interest when it asked Twitter users if they could spot the difference between ticks and poppy seeds on a muffin. The tweet created a sensation, with more than 2,150 retweets and more than 2,930 likes on CDC’s Twitter handle. With more than 1,100 comments on @CDCgov, the popularity of the tweet increased engagement with CDC’s Lyme disease prevention resources and started nationwide conversations about ticks and tickborne diseases. One Twitter user reported that after seeing the tweet, she found and safely removed a tiny tick on her body.

Rocky Mountain spotted fever (RMSF) is one of the deadliest diseases spread by ticks. Recognizing and treating RMSF within the first few days after a person gets sick is crucial. In 2018, CDC developed a toolkit and continuing education opportunities for healthcare providers that highlight key ways to recognize, diagnose, and treat RMSF and other tickborne diseases in the United States. The toolkit includes a training video, a pocket card with quick facts about RMSF diagnosis and treatment, a graphic that shows the clinical progression of RMSF, and a manual that highlights tickborne diseases in the United States. Through awareness and early recognition promoted by the toolkit, frontline healthcare providers can reduce the serious health consequences of RMSF and other tickborne diseases.

The number of people getting sick from mosquito-borne diseases has significantly increased in Puerto Rico over the past few years. Local officials, CDC, and partners continually search for better ways to prevent mosquito bites and stop diseases like dengue, chikungunya, and Zika. To find out if mosquito control measures can reduce these infections in a community, CDC established the Communities Organized to Prevent Arboviruses (COPA) project in Ponce, Puerto Rico. Experts will use mosquito control strategies in the area and then track mosquito-borne infections in 3,000 people. In 2018, workers installed over 350 mosquito traps in the community and enrolled more than 1,600 people from over 1,100 households in the project. The results will inform decision makers about which strategies are most effective in reducing mosquito populations and the germs they spread.

Naegleria fowleri is an ameba that can cause a devastating infection of the brain called primary amebic meningoencephalitis (PAM). CDC has received reports of 145 people in the United States who have been diagnosed with PAM since 1962. Only four of them survived. The ameba usually infects people when contaminated water enters through their nose. In 2018, a person developed PAM and died after returning from a trip to a Texas surf park. CDC deployed a team of experts to collect water and other environmental samples that could be tested for the brain-eating ameba. The team worked with local and state health officials and provided them with best practices guidance, based on CDC’s Model Aquatic Health Code, to reduce the risk for further infections.

When Hurricanes Irma and Maria ripped through Puerto Rico and the US Virgin Islands in 2017, the destruction was catastrophic: an estimated $90 billion in damage, the disrupted ability to fight infectious diseases, and an increased risk of infections caused by fungi and contaminated food and water. CDC responders were still helping those areas recover in 2018. Experts from across CDC traveled to the affected areas and worked in the face of destruction to monitor and test for diseases, investigate disease outbreaks, and educate people how to stay healthy and safe when they had no water or power. The ability to quickly diagnose and treat infections is crucial to saving lives, especially in the aftermath of a disaster. When floods hit Puerto Rico and the US Virgin Islands after the hurricanes, health officials saw an increase in people sick with leptospirosis, a potentially deadly disease spread when infected animals urinate and contaminate the water. With public health laboratories on the islands severely disrupted, CDC and partners established a system to funnel samples to CDC for leptospirosis testing, with the goal of helping laboratories recover their capacity to conduct diagnostic tests for this and other infections so they can be quickly identified and treated.

In 2018, CDC, state public health and regulatory officials, and other federal agencies such as the US Food and Drug Administration (FDA) and the US Department of Agriculture’s Food Safety and Inspection Service investigated several outbreaks of Salmonella infection, a foodborne disease that can cause diarrhea and lead to hospitalizations and deaths. Public health investigators used PulseNet to find people who were sick. Experts performed DNA fingerprinting on Salmonella bacteria isolated from ill people to help CDC precisely identify the germs responsible for these outbreaks.

In a Salmonella outbreak that started in 2017 and continued through 2018, 199 people in 41 states got sick, and 50 of them were hospitalized. Kratom, a plant consumed for its stimulant effects and as an opioid substitute, was the source of the outbreak. A multidisciplinary team from CDC worked closely with FDA on this complex investigation. Most ill people reported consuming kratom in pills, powder, or tea. The investigation uncovered a complicated importation and distribution network for kratom and identified multiple strains of Salmonella in products containing kratom. CDC and partners used news media, social media, and the web to make people aware that kratom could be contaminated with Salmonella and could make them sick.

In a July investigation, 77 people across 9 states were infected with Salmonella, with 36 of them hospitalized. Investigators traced the source of this outbreak to pre-cut melons from Caito Foods, LLC of Indianapolis, Indiana. Caito Foods recalled fresh-cut watermelon, honeydew melon, cantaloupe, and fresh-cut fruit medley products that had potentially contaminated melons.

In an outbreak that started in August, 333 people from 28 states were infected with Salmonella and 91 were hospitalized. JBS Tolleson, Inc., of Tolleson, Arizona, recalled approximately 12.1 million pounds of beef products, including ground beef, which may have been contaminated with Salmonella. The recalled products had been produced and packaged between July and September and were shipped to retailers nationwide. 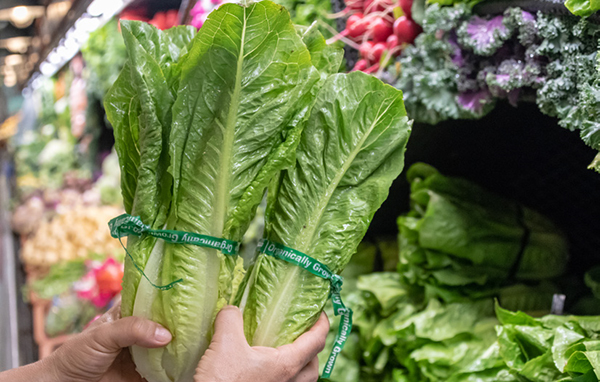 Beginning in April 2018, CDC investigated the first of two multistate outbreaks of Shiga toxin-producing E. coli O157:H7 infections linked to romaine lettuce. During this investigation, CDC, working with FDA and state and local partners, rapidly identified romaine lettuce from the Yuma growing region in the Southwest as the likely source of the outbreak and issued a warning to consumers, restaurants, and retailers. CDC laboratory testing, including the use of whole genome sequencing, was critical in characterizing the outbreak as well as identifying the same pathogen in water samples taken from the Yuma growing region. A total of 210 people from 36 states were infected, with 96 hospitalizations and five deaths. The spring outbreak was the largest multistate E. coli O157 outbreak since 2006.

Just when people were getting used to having their romaine salads back, another E. coli O157:H7 outbreak began, this one linked to romaine lettuce from the central coastal growing regions in northern and central California. A total of 62 cases and 25 hospitalizations were reported from 16 states, with no deaths. Laboratory testing was critical in connecting this fall 2018 outbreak to another outbreak linked to leafy greens in fall 2017. CDC’s fast action and collaboration with partners helped identify the source of the outbreak quickly, letting us warn the public and prevent more illnesses.

Protecting A Small Alaskan Village From A Rare and Deadly Bacteria 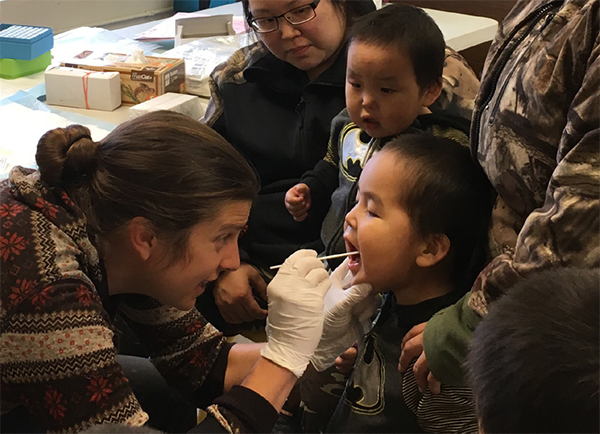 Scientists from CDC’s Arctic Investigations Program traveled to a small village (population 600) in southwest Alaska during the summer of 2018 after finding that one child had died and three others had been hospitalized for an infection with Haemophilus influenzae type A (Hia). Hia is a type of bacteria (not to be confused with influenza) that can cause serious illness and usually affects babies and children under age 5. Scientists were concerned because the number of people who had gotten sick in such a small village was unusually high.

CDC and its state and tribal partners feared more children would become seriously ill. They worked together to follow new recommendations from the American Academy of Pediatrics to stop the outbreak. While team members collected throat swabs to examine how the disease was spreading throughout the community, pharmacists and nurses gave antibiotics to people at the highest risk of getting the infection, including nearly 130 children and the adults who were in close contact with the sick children. Since then, no other children in the village have become sick with this potentially deadly bacterial infection.