During the 2018 United Nations General Assembly (UNGA), more than 300 influential leaders from around the world joined CDC in showing their commitment to fight one of today’s greatest global public health threats: antibiotic resistance. Each year, at least 2 million people are infected with antibiotic-resistant bacteria in the United States alone, resulting in at least 23,000 deaths. The Antimicrobial Resistance (AMR) Challenge was unveiled at an UNGA event co-hosted by the Bill & Melinda Gates Foundation, the Pew Charitable Trusts, the United Nations Foundation, Wellcome Trust, and the CDC Foundation. The AMR Challenge, spearheaded by the US Department of Health and Human Services (HHS) and CDC, engages pharmaceutical and health insurance companies, food animal producers and purchasers, medical professionals, government health officials, and other global leaders to make actionable commitments to make progress in the fight against antibiotic resistance. HHS Secretary Alex Azar unveiled the first commitments from more than 100 organizations at the event and more than 400 attendees joined virtually via livestream from around the world. The AMR Challenge encourages a One Health approach, which recognizes that the health of people is connected to the health of animals and the environment. As the AMR Challenge continues through 2019, CDC remains committed to collaborating with leaders worldwide to combat antibiotic resistance. 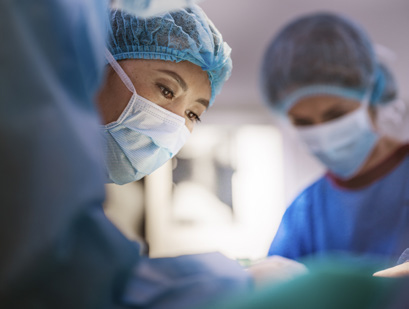 Preventing Infections That Cause Sepsis

Each year, more than 1.7 million adults in America develop sepsis and nearly 270,000 Americans die as a result. NCEZID worked with partners throughout 2018 to raise awareness about sepsis and share scientific expertise that healthcare professionals can use to prevent and treat infections that can lead to sepsis. CDC’s Get Ahead of Sepsis educational effort provided new information to healthcare professionals and consumers via seven public service announcements (PSAs). The PSAs had a potential reach of more than 61 million people with messages emphasizing the importance of early recognition and timely treatment of sepsis, and preventing infections that can lead to sepsis. CDC also published the Hospital Toolkit for Adult Sepsis Surveillance, which provides healthcare facilities with tools to assess adult sepsis incidence and monitor progress in their facilities.

Tracking the prevention of healthcare-associated infections (HAIs) provides data that CDC and partners can use to improve patient outcomes, save lives, and reduce unnecessary healthcare costs. In 2018, two CDC reports with important data from previous years were published — the 2016 HAI Progress Report and the 2015 HAI Prevalence Survey. These reports show that focused infection prevention efforts across the nation have successfully reduced infections in healthcare facilities. However, even with these successes, hundreds of thousands of patients are still being harmed by HAIs each year, and more action is needed. Although these data focus on hospitals and other acute care settings, CDC also works to prevent infections from occurring in other settings such as nursing homes, dialysis facilities, outpatient surgery centers, and communities. CDC continues to invest in and provide technical assistance to state and local health departments, healthcare systems, and other partners to prevent HAIs and support innovation for continued progress.

Stopping Antibiotic Resistance In Its Tracks

How does CDC get and use data on healthcare-associated infections?

CDC, states, healthcare facilities, and other patient safety organizations use the data to identify areas where action is needed, measure progress of prevention efforts, and ultimately eliminate HAIs.

Improving the way antibiotics are used around the world helps fight antibiotic resistance and ensures that these life-saving drugs will work when they are needed most. CDC’s Core Elements of Hospital Antibiotic Stewardship Programsoutline essential components for hospital-based programs to improve antibiotic use, commonly referred to as antibiotic stewardship programs. Hospitals across the United States have used these core elements to fight antibiotic resistance —for example, by training staff how to improve their antibiotic prescribing practices. CDC used these facilities’ successes and lessons learned in the United States to work with international partners to identify and implement practical and sustainable strategies for international healthcare settings with limited resources and weakened health systems.

In its Core Elements of Human Antibiotic Stewardship Programs in Resource-Limited Settings: National and Hospital Levels, CDC provides guidance for national policies that can improve antibiotic use across the spectrum of care, including guidance specifically for acute care facilities. Such strategies must ensure access to antibiotics and reduce their inappropriate use. CDC is collaborating with countries, such as India and Kenya, to implement these core elements and improve antibiotic use.

Recent CDC studies show that people who inject drugs are at high risk for dangerous, costly infections from skin bacteria and fungi. The CDC-funded Emerging Infections Program’s Healthcare-Associated Infections/Community Interface found that people who inject drugs are at 16-times higher risk of invasive methicillin-resistant Staphylococcus aureus (MRSA) infections. Moreover, the proportion of invasive MRSA infections among people who inject drugs more than doubled from 2011 through 2016. Additional field investigations conducted by CDC staff in New York, New Mexico, and Colorado identified drug preparation or injection practices that greatly increase infection risk. This information is giving CDC and partners insights into how these dangerous infections can be prevented—for example, by educating people about wound care and early warning signs of serious infections associated with injection drug use.

CDC also teams up with partners to track emergency department (ED) visits and hospitalizations due to medication misuse. CDC’s Medication Safety Program leads the National Electronic Injury Surveillance System – Cooperative Adverse Drug Event Surveillance (NEISS-CADES) project, a collaboration between the United States Consumer Product Safety Commission, FDA, and CDC, to track adverse drug events nationally. NEISS-CADES also tracks and analyzes ED visits and emergency hospitalizations due to medication misuse or abuse. These data show there were an estimated 130,000 ED visits for harm from prescription opioid misuse or abuse, out of 358,000 ED visits for nonmedical use of all prescription drugs. 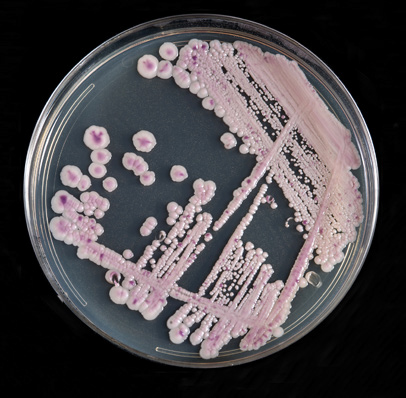 Fighting The Growing Threat of C. Auris, A Drug-Resistant Fungus

Candida auris is a multidrug-resistant yeast that emerged in recent years causing serious and often fatal infections in patients in the United States and around the world. C. auris is a particular threat in healthcare facilities because the fungus can last on skin and healthcare surfaces, like bed rails and chairs, for weeks. In fact, C. auris can spread from person to person, even by a patient who carries the germ and does not show symptoms.

NCEZID rolled out a rapid, sensitive, and accurate test to detect C. auris. In 2018, this test was shared with regional labs in CDC’s AR Lab Network to provide this testing to healthcare facilities nationwide. As of October 2018, the regional labs performed nearly 5,000 screenings, which helped identify hidden pockets of C. auris infection and informed actions to prevent its spread and,
ultimately, protect patients.

Why C. auris is a major public health concern worldwide

Candida auris is a drug-resistant fungus that causes severe infections and deaths in patients around the world. Most strains detected so far are resistant to at least one drug, and more than one-third are resistant to two of the three major drug classes used to treat fungal infections. CDC experts are working hard to respond to this emerging threat.
CDC worked with high-priority countries to develop recommendations to help hospitals control the spread of drug-resistant pathogens like C. auris and provide screening guidance to help hospitals identify patients who might be carrying C. auris on their body but do not have symptoms.

Finding these patients is critical because it allows hospitals to take immediate steps to control the spread of infection to other patients.

CDC is also helping countries be able to conduct laboratory tests and surveillance for C. auris and take appropriate steps to respond when patients become infected.