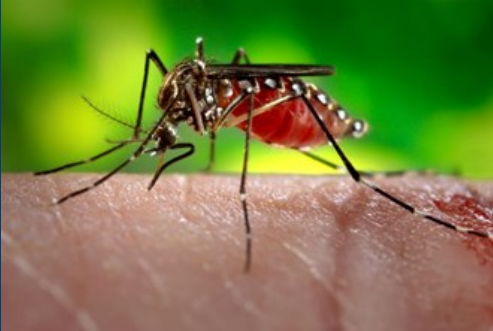 CDC scientists used AMD to sequence the genomes of several Zika strains and rapidly develop, validate, and distribute a molecular diagnostic assay protocol to detect emerging strains of the virus.

Almost directly on the heels of the chikungunya virus, the Western Hemisphere faces a new mosquito-borne threat: Zika virus. And this virus appears to bring tragic consequences for some babies—microcephaly, a devastating birth defect in which a baby’s head is smaller than expected.

In May 2015, the Pan American Health Organization (PAHO) issued an alert regarding the first confirmed Zika virus infection in Brazil. Later that year, Brazilian clinicians saw an increase in babies born with microcephaly. There is evidence that at least some babies born with microcephaly were infected with Zika virus. This development prompted CDC to issue travel notices and interim recommendations for women who were pregnant or thinking of becoming pregnant and traveling from the United States to countries in South and Central America. During the Zika outbreak in Brazil, CDC scientists in the Division of Vector-Borne Diseases used advanced molecular detection (AMD) to sequence the genomes of several of these Western Hemisphere viruses. Studying the genome of Zika strains helped scientists map the spread of the virus, which appears to have come from the Asian-Pacific region, where outbreaks occurred previously. CDC shared the genomic sequence data in public databases so other researchers can access them.

CDC scientists also used these genomic data to rapidly develop a molecular diagnostic assay protocol to detect emerging Zika virus strains. Building on experience applying AMD technology to address the emergence of chikungunya virus, they were able to develop, validate, and distribute this assay protocol for use in laboratories throughout the Western Hemisphere within three weeks of having received the first Zika virus-positive sample. With older methods, this would have required 3‒4 months. PAHO flew CDC scientists to South America to train laboratory scientists from Brazil and other Latin American countries on how to perform the diagnostic test.

As of early February 2016, investigators have confirmed Zika virus in babies born in Brazil with microcephaly and poor pregnancy outcomes. Scientists are working to better characterize this relationship. Specifically, they want to determine what role the virus plays in microcephaly and whether additional factors (such as nutrition or exposure to other microorganisms) contribute to birth defects and other poor pregnancy outcomes. CDC will continue to use AMD methods to study Zika and its possible links to health outcomes.