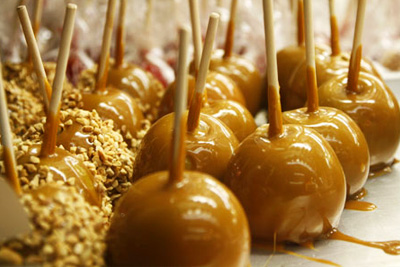 During the fall of 2014, a multi-state outbreak of listeriosis sent 34 people to the hospital and seven people died. Listeriosis is caused by the germ Listeria. Listeriosis is rare, but strikes hard at the most vulnerable people – older adults, pregnant women, newborn babies, and people with weakened immune systems. Because listeriosis can be deadly, it is important to identify the source of the germ quickly to keep more people from getting sick. However, Listeria is difficult to identify and can lurk in foods that we don’t suspect.

To find the source of the outbreak, investigators needed to know which cases of listeriosis were related. Scientists used the traditional laboratory technique of pulsed-field gel electrophoresis (PFGE) to get a DNA “fingerprint” of the Listeria germs that were making people sick. With PFGE, investigators could see that two different groups, or clusters, of people were sick with two different strains of Listeria. Scientists further characterized the two Listeria strains using whole genome sequencing (WGS). Because the WGS results were available, scientists began investigating one cluster of cases a week earlier than if they had used only PFGE.

Both PFGE and WGS indicated that the Listeria strains causing these two clusters of illness were very different genetically, which might have meant that separate food sources were making people sick in two unrelated outbreaks. However, scientists noted that one person was infected with both Listeria strains. This clue led investigators to combine the two clusters of cases and look for a common source of the outbreak.

Investigators asked patients about what they ate before they got sick. These detailed interviews with patients and their family members revealed that many of the patients had eaten commercially produced, prepackaged caramel apples before becoming ill. Investigators found that the patients involved in the outbreak reported eating multiple brands of caramel apples. To prevent additional illnesses, the implicated companies voluntarily recalled the contaminated products.

Investigators at the U.S. Food and Drug Administration (FDA) and at the state level identified a single apple supplier in common among three manufacturers of the implicated caramel apples. WGS data showed that whole Granny Smith and Gala apples were contaminated with the two Listeria strains involved in the outbreak. The California apple supplier quickly acted to recall these types of apples.

Because of whole genome sequencing, investigators rapidly determined the foods responsible for the outbreak and took public health actions, including recalls, earlier than would have been possible with traditional laboratory techniques.