2015: Tracing Connections in an HIV-1 Outbreak in Indiana 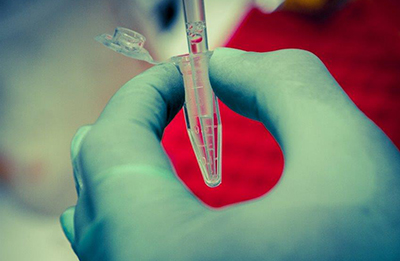 In January 2015, public health officials in Indiana began investigating an outbreak of 11 confirmed cases of HIV-1 infection in a rural county in the southeastern part of the state. This county had reported just five cases during 2004-2013, so this increase was alarming. As investigations into the outbreak began, officials identified more people who were infected and the number of cases continued to rise. On March 26, 2015, the state health officer and governor declared a public health emergency that directed more state resources to the county as the case count reached 79.

The outbreak raised many questions: Why were so many new HIV infections occurring all of a sudden in the same community? What could be done to stop the outbreak? Would it get bigger? If so, how fast?

By May 2015, investigators had identified 135 HIV-1-infected people associated with the outbreak in a community of 4,200 persons. In interviews, health officials asked people infected with HIV about their injection drug use and sexual partners—two common ways in which HIV is transmitted—as well as any social contacts who also might have engaged in behaviors that put them at high risk for contracting HIV.

As it turned out, the community had a large network of injection drug users who were injecting a prescription oral painkiller. By June 2015, interviews had identified over 480 people named as needle-sharing or sexual contacts of HIV-infected persons. Injection drug use in the community was a widespread and multi-generational activity, with as many as three generations of a family and multiple community members injecting together. The majority of persons with HIV-1 infection were linked to syringe sharing. Over 90% were also coinfected with hepatitis C virus (HCV), another blood-borne pathogen common among persons who inject drugs. To curb the spread of HIV and HCV in the area and to prevent it from spreading further into nearby communities, officials established a needle exchange program as part of the comprehensive public health response.

To help bring the outbreak under control, CDC scientists used AMD methods to identify connections between people who have been infected. By combining HIV laboratory data with case demographic data and viral genetic sequences for each infected person’s HIV strain, researchers were able in near real-time to identify transmission clusters, or “hot spots” of transmission. This effort both focused prevention efforts and provided reassurance the outbreak was geographically limited in its spread.

Once researchers know who is in a transmission cluster, they can use AMD tools to predict how fast an outbreak might grow and how large it might become. This information is a valuable tool for public health planning and provides a way to measure the effectiveness of current public health efforts in the community. In addition, by predicting how much farther and faster this cluster would expand without any intervention, public health officials can observe the actual growth rate and determine how effective their efforts are in controlling the outbreak.

Scientists are also using AMD technology to identify the overlap of HCV and HIV transmission clusters. AMD data visualization techniques are revealing how closely these two outbreaks are co-occurring with useable, easy to interpret graphics. These findings will help public health officials direct resources to where they are needed most to reduce the chances of further HCV and HIV infections.