While the United States successfully eliminated malaria inside its borders decades ago, this parasitic disease is still a global threat that kills over 400,000 people each year. And other health threats, such as parasitic and tropical diseases, continue to invade our borders. The best way to keep our country free of malaria and other global health threats is to help control them elsewhere. CDC is developing AMD methods for identifying and tracking diseases and sharing these methods with our global partners. Together we can keep our nation and the world safe from outbreaks and illnesses.

Malaria is caused by a parasite, Plasmodium, that hitches a ride in the gut of a mosquito. When the mosquito feeds on a human, Plasmodium enters the person’s bloodstream through the mosquito’s bite. About 3.3 billion people—nearly half the world’s population—currently live in areas where they are at risk of malaria. And the United States is not immune; each year about 1,700 travelers return to the U.S. from foreign travel with “imported malaria.” While effective, current methods for fighting malaria—including insecticides, drugs, and improved diagnostic tests—have not fully succeeded in eliminating the disease. CDC is using AMD technologies to fight malaria on these three fronts: 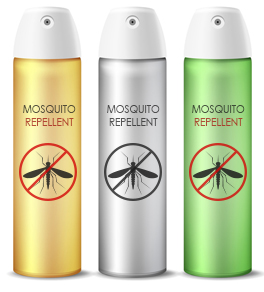 During the World War II, the United States aggressively fought mosquitoes on the home front and chemical pesticides were the primary weapon. This intense mosquito control initiative successfully eradicated malaria from the United States in the early 1950s. Control of mosquitoes is critical to malaria prevention and control in other parts of the world. However, decades of unmanaged insecticide use and routine exposure to chemicals have left many populations of mosquitoes resistant to multiple insecticides, including pyrethroids, the most cost-effective public health insecticides currently available. CDC is using AMD methods to identify the ways pyrethroid resistance occurs in the Anopheles albimanus mosquito, one of the most important malaria vectors in the Americas. AMD tools help scientists identify DNA markers of insecticide resistance in mosquitoes. By identifying the presence of insecticide-resistant mosquito populations, we can select the appropriate insecticides, ensure maximum mosquito control, and implement strategies to decrease insecticide resistance. 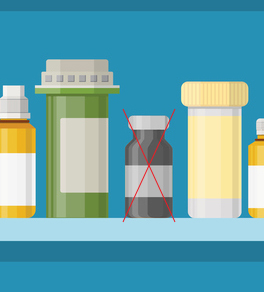 Because about 1,700 people return to the United States infected with malaria they contracted during foreign travel, we continue to see cases here. In some cases, the Plasmodium parasites in their body are resistant to our frontline treatments. Since the 1960s, Plasmodium parasites have continually evolved resistance to different antimalarial drugs, making malaria difficult to control. AMD methods are helping identify and track genetic markers of resistance more rapidly than ever before. CDC is using this technology to build an integrated surveillance system that can identify and track drug-resistant Plasmodium. Early identification of low levels of resistant parasites will help guide accurate treatment and prophylaxis of malaria, limiting the spread of resistant parasites. 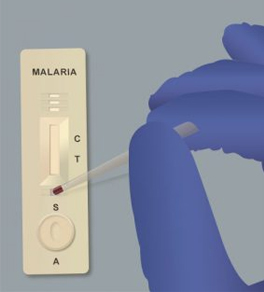 One of the most critical tools for controlling malaria is the Rapid Diagnostic Test (RDT), which diagnoses malaria in 15–20 minutes. RDTs do not require special training, which makes them perfect for malaria testing in remote communities with few medical workers. According to the World Health Organization, the African region has increased its testing rates by 71% thanks to the availability of RDTs. However, global public health partners recently have found that the malaria parasites are mutating in a way that makes RDTs less reliable. To find out how the parasites are changing, CDC scientists are using advanced molecular detection (AMD) to investigate these mutations and develop tests that can keep pace with changing malaria parasites.

Diseases caused by parasites are notoriously difficult to identify. Even when scientists can acquire sequence data, parasitic genomes are so large that they require specialized computer programs to decipher. But using AMD technologies, CDC scientists developed and patented a laboratory method that has the potential to revolutionize parasitic diagnostics. The Universal Parasite Diagnostic assay, or UPDx, selectively detects all parasite DNA in a clinical blood sample without interference from human DNA. This will make it easier to identify not just which parasite made someone sick, but also important genetic information about it, all in one test. CDC patented the process so they can share it openly with other researchers at no charge to help advance research into other pathogens and diseases. 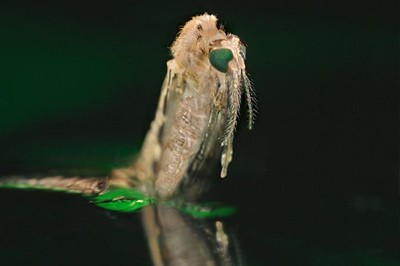 Malaria is a serious and sometimes fatal disease caused by a parasite that commonly infects mosquitoes. Control of mosquitoes, such as this emerging Anopheles mosquito, is critical to controlling and preventing malaria.

The parasitic disease leishmaniasis is endemic to over 90 countries in the tropics, subtropics, and southern Europe. People are infected with Leishmania parasites through sand fly bites. More than 20 different species (types) of these parasites exist globally and each species can cause different clinical forms of leishmaniasis. The most common forms are cutaneous leishmaniasis, which causes skin sores; and visceral leishmaniasis, which affects several internal organs (usually spleen, liver, and bone marrow) and can be life-threatening. Treatment of leishmaniasis depends in part on accurate identification of the Leishmania species causing a person’s illness. However, current laboratory methods can be time-consuming (which can delay treatment decisions) and do not always succeed in identifying some of the Leishmania species. CDC scientists are using AMD techniques to develop molecular-based laboratory methods to improve Leishmania diagnosis (including species identification). With rapid, accurate lab results, we can increase our ability to provide timely clinical management of leishmaniasis and improve the patient outcomes.

We are now on the verge of eradicating the disease worldwide. But the poliovirus evolves 10 million times faster than bacteria.

One of CDC’s earliest missions was to control and eliminate polio in the United States. Through concerted surveillance and vaccination efforts, we eradicated polio in the U.S. by 1979. We are now on the verge of eradicating the disease worldwide. But the poliovirus evolves 10 million times faster than bacteria. And it is reemerging in many parts of the world, confounding efforts to stop its spread. CDC’s labs provide critical diagnostic services and genomic sequencing of polioviruses to help guide disease control efforts in many countries. But older, slower sequencing technologies took more than a week to confirm an isolate as poliovirus. In 2014, CDC began applying AMD methods to increase our ability to detect and confirm new polio infections. And these technologies greatly reduced the time for poliovirus strain identification from a week to just a few hours. CDC is sharing these laboratory procedures to help other countries more rapidly detect wild poliovirus and allow for faster response to importations or spread of virus. With a clear understanding of the pathway the virus has followed, health officials are able to respond faster and know exactly where to target their energies to prevent further spread.