2015: Tried-and-true and State-of-the-art Combine to Uncover a Hidden Virus 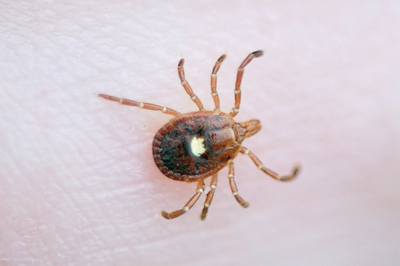 In 2013, scientists collected over 39,000 ticks at 6 sites in 3 counties of northwestern Missouri as part of an ongoing Heartland virus surveillance program. With the help of AMD, scientists developed methods to test these ticks for Bourbon virus.

While doing routine virus isolation from a blood sample collected from a patient enrolled in a study of Heartland virus, a recently discovered tick-associated virus, CDC microbiologist Olga Kosoy’s keen eye saw something unexpected: evidence of another virus. Because it seemed completely different, she asked CDC scientist Amy Lambert to sequence the virus genome using the powerful tools of Advanced Molecular Detection (AMD). Both were surprised to find that they had discovered an entirely new human pathogen.

Using classical and state-of-the art AMD techniques, the two had identified the virus as a member of the Thogotovirus genus. It is the first virus in this genus known to cause human disease in the Western hemisphere. Named after the county in Kansas where it was collected, Bourbon virus is suspected to be transmitted by ticks, as are many other Thogotoviruses. 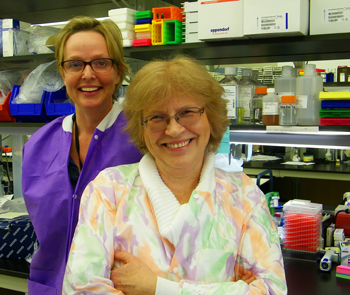 “We have an unprecedented opportunity to help identify the public health burden of previously unknown and undetectable agents using AMD technologies; it’s an exciting time to be involved in this research,” said Amy Lambert, a virologist in CDC’s Division of Vector-Borne Diseases. Dr. Lambert emphasized, however, that the value of AMD technology was fully realized only because careful, classical epidemiology had identified the patient and careful, classical lab virology had exposed the presence of an unexpected virus. The new doesn’t replace the old; instead it adds depth and power.

There is no known treatment or vaccine for Bourbon virus disease and it is not yet known if it is transmitted by ticks. CDC scientists plan to continue using the full array of tools of epidemiology, entomology, and virology to learn more about Bourbon virus, how and where it is transmitted, and its risk to humans.