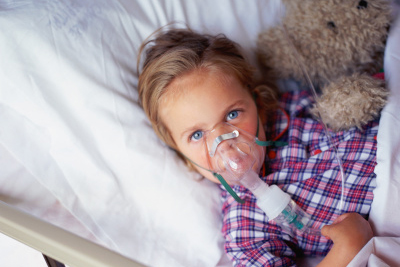 In mid-August 2014, hospitals in Missouri and Illinois notified CDC of an increase in admissions of children with severe respiratory illness. Many of the children had difficulty breathing, wheezing, and a history of asthma. Some were so ill they had to be placed in intensive care units and a few required mechanical ventilators to help them breathe. The hospitals tested nasal and throat specimens collected from the children and confirmed the presence of enterovirus. They sent specimens to CDC’s Polio and Picornavirus Laboratory to sequence the virus and determine the type. CDC identified enterovirus D68 (EV-D68) in most of the specimens.

Since August, CDC and states have been doing more testing for EV-D68, and have found that EV-D68 is causing severe respiratory illness in almost all states. CDC’s laboratory and a small number of state public health laboratories are among the few in the United States using advanced molecular detection methods (AMD) to identify EV-D68.

EV-D68 is a type of enterovirus that was first identified in California in 1962. In the past, EV-D68 infections have not been commonly reported; however, clusters of respiratory illness associated with EV-D68 occurred in the United States and other countries in 2008 to 2010. This year, the number of reported EV-D68 infections is much greater than in previous years. EV-D68 can cause mild symptoms, such as fever, runny nose, and cough, as well as severe respiratory illness with difficulty breathing and wheezing.

As of November 10, 2014, CDC or state public health laboratories have confirmed a total of 1,116 people in 47 states and the District of Columbia with respiratory illness caused by EV-D68. With support from the AMD initiative, CDC has obtained one whole genomic sequence and six partial genomic sequences from viruses representing the three known strains of EV-D68 we have commonly seen this summer and fall. CDC submitted the sequences to GenBank to make them available to the scientific community for further testing and analysis. In addition, CDC’s AMD initiative contributed to development of a new real-time lab test, which has fewer and shorter steps than the previous test. For information about the new test, clinical and public health laboratories can visit Enterovirus D68 for Health Care Professionals.

Work performed on EV-D68 through the AMD initiative will enhance the capacity of clinical and state public health laboratories to perform molecular typing tests that more rapidly identify and detect enteroviruses, such as EV-D68, which can help outbreak investigations.

For more information, read about the 2014 outbreak of EV-D68 infections in the United States .