Table 4.1. Number and rate* of reported cases† of acute hepatitis C, by state or jurisdiction and nationally ― United States, 2013–2017.

† For the case definition, see https://wwwn.cdc.gov/nndss/conditions/hepatitis-c-acute/

§  Numbers reported in each category may not add up to the total number of reported cases in a year due to cases with missing data or, in the case of race/ethnicity, cases categorized as “Other”.

† Reports may not reflect unique cases.

Table 4.4. Number and rate* of deaths with hepatitis C listed as a cause of death† among US residents, by demographic characteristic and year – United States, 2013–2017.

† Cause of death is defined as one of the multiple causes of death and is based on the International Classification of Diseases, 10th Revision (ICD-10) codes B17.1, and B18.2 (hepatitis C). 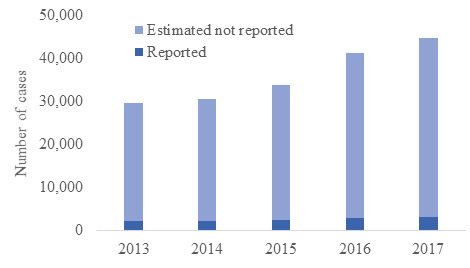 * The number of estimated viral hepatitis cases was determined by multiplying the number of reported cases by a factor that adjusted for under-ascertainment and under-reporting (5). Corrected multipliers and confidence intervals developed by the CDC are shown in the Appendix A. In this visual representation, the sum of reported and estimated not reported total the estimated number of acute cases. 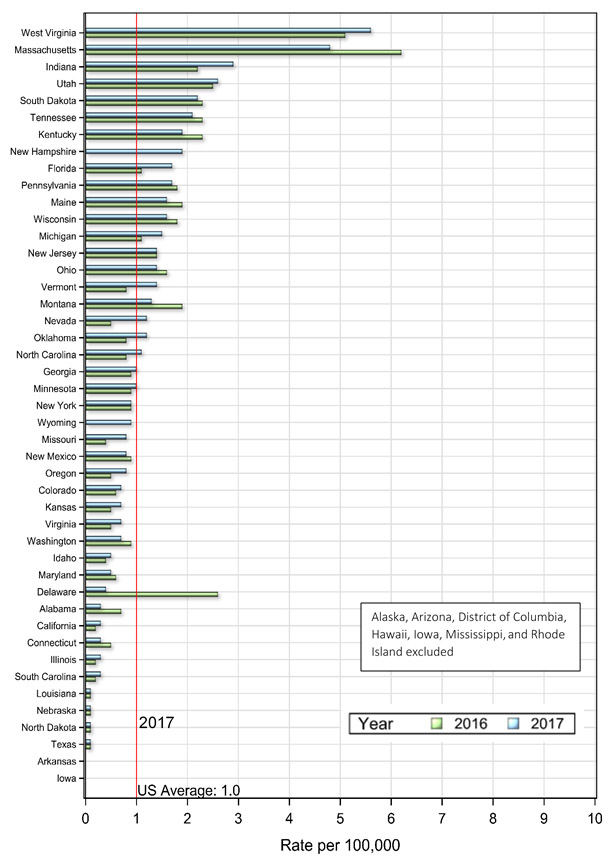 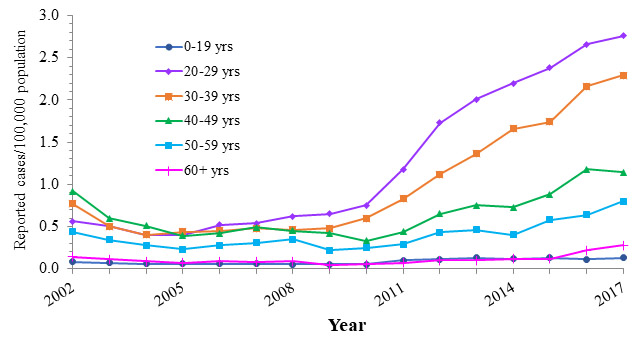 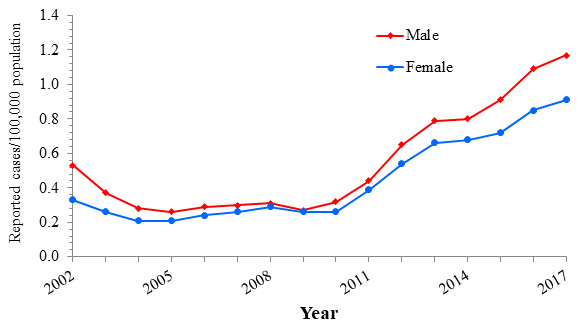 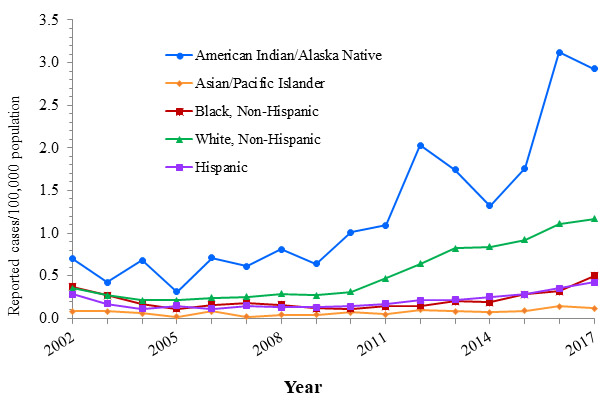 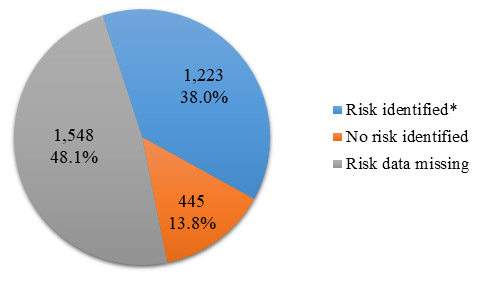 * Includes case reports indicating the presence of at least one of the following risks 2 weeks to 6 months prior to onset of acute, symptomatic hepatitis C: 1) injection drug use; 2) sexual contact with suspected/confirmed hepatitis C patient; 3) being a man who has sex with men; 4) multiple sex partners concurrently; 5) household contact with suspected/confirmed hepatitis C patient; 6) occupational exposure to blood; 7) hemodialysis patient; 8) received a blood transfusion; 9) sustained a percutaneous injury; and 10) underwent surgery. 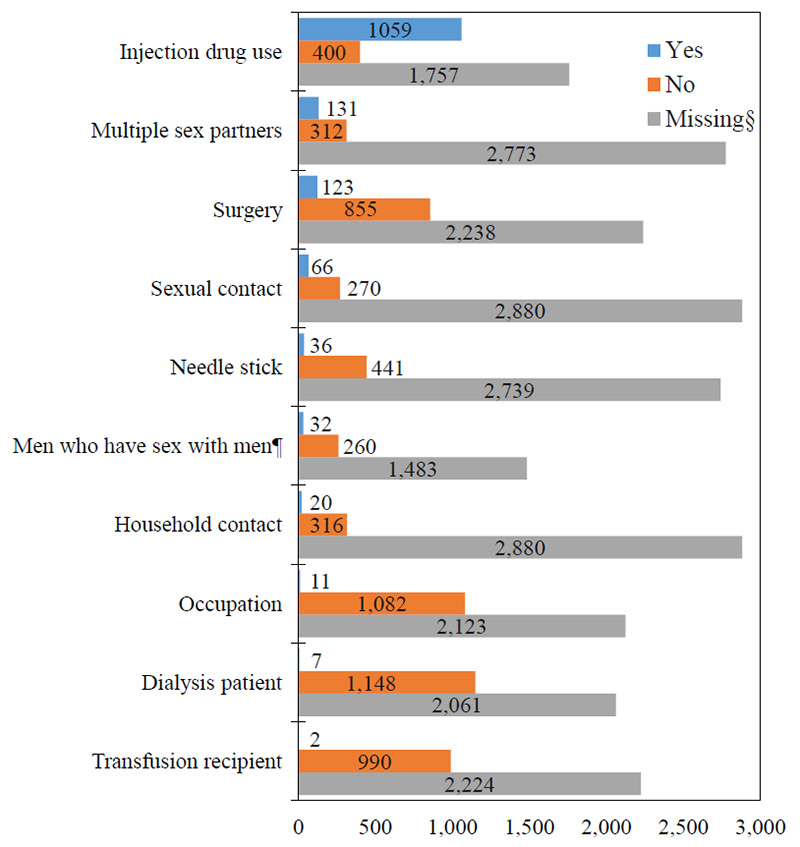