Advice to Retailers and Consumers 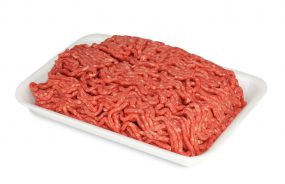 Public health investigators used the PulseNet system to identify illnesses that may be part of this outbreak. PulseNet is the national subtyping network of public health and food regulatory agency laboratories coordinated by CDC. DNA fingerprinting is performed on E. coli bacteria isolated from ill people by using techniques called pulsed-field gel electrophoresis (PFGE) and whole genome sequencing (WGS). CDC PulseNet manages a national database of these DNA fingerprints to identify possible outbreaks. WGS gives a more detailed DNA fingerprint than PFGE. WGS performed on E. coli from ill people in this outbreak showed that they were closely related genetically. This means that the ill people were more likely to share a common source of infection.

As of September 19, 2018, 18 people infected with the outbreak strain of E. coli O26 were reported from 4 states. A list of the states and the number of cases in each can be found on the Map of Reported Cases page.

Illnesses started on dates ranging from July 5, 2018 to July 25, 2018. Ill people ranged in age from one year to 75, with a median age of 16. Sixty-seven percent of ill people were male. Of 18 people with information available, 6 (33%) were hospitalized, including one person who died in Florida.

Epidemiologic, laboratory, and traceback evidence indicates that ground beef from Cargill Meat Solutions was a likely source of this outbreak.

In interviews, ill people answered questions about the foods they ate and other exposures in the week before they became ill. Fourteen (100%) of 14 people interviewed reported eating ground beef. Ill people purchased ground beef from several different grocery stores.

Further traceback investigation by USDA-FSIS identified Cargill Meat Solutions in Fort Morgan, Colorado as the source of the contaminated ground beef linked to illness, including the recalled ground beef sold at Publix stores in Florida. On September 19, 2018, Cargill Meat Solutions recalledExternal ground beef products that were produced and packaged on June 21, 2018. Products are labeled with the establishment number “EST. 86R” inside the USDA mark of inspection. The products were shipped to retailers Cdc-pdf[PDF – 240 KB]External nationwide. Visit the USDA-FSIS website for a list of recalled products Cdc-pdf[PDF – 40.2 KB]External.