CDC is collaborating with public health officials in several states and the United States Department of Agriculture’s Food Safety and Inspection Service (FSIS) to investigate a multistate outbreak of human infections due to Escherichia coli O157:H7 (E. coli 0157:H7).

Known illness onset dates range from October 3, 2009 through December 14, 2009. Most patients became ill between mid-October and late November. Patients range in age from 14 to 87 years and the median age of patients is 34 years, which means half are younger than 34 years. Forty-three percent of patients are females. There have been 9 reported hospitalizations, 1 case of hemolytic uremic syndrome (HUS), and no deaths.

The outbreak can be visually described with a chart showing the number of persons who became ill each day. This chart is called an epidemic curve or epi curve. Illnesses that occurred after December 22, 2009 might not yet be reported due to the time it takes between when a person becomes ill and when the illness is reported. This takes an average of 2 to 3 weeks. Please see the Timeline for Reporting Cases of E. coli O157 Infection for more details.

In early December 2009, CDC’s PulseNet staff identified a multistate cluster of 14 E. coli O157:H7 isolates with a particular DNA fingerprint or pulsed-field gel electrophoresis (PFGE) pattern reported from 13 states. CDC’s OutbreakNet team began working with state and local partners to gather epidemiologic information about persons in the cluster to determine if any of the ill individuals had been exposed to the same food source(s). Health officials in several states who were investigating reports of E. coli O157:H7 illnesses in this cluster found that most ill persons had consumed beef, many in restaurants. CDC is continuing to collaborate with state and local health departments in an attempt to gather additional epidemiologic information and share this information with FSIS. At this time, at least some of the illnesses appear to be associated with products subject to a recent FSIS recall.

On December 24, 2009, FSIS issued a notice about a recall of 248,000 pounds of beef products from National Steak and Poultry that may be contaminated with E. coli O157:H7. The recall was issued after FSIS determined there was an association between non-intact steaks (blade tenderized prior to further processing) and illnesses in Colorado, Iowa, Kansas, Michigan, South Dakota and Washington. More information on the recalled products may be found on the FSIS web site.

Consumers who have questions about the recalled products can contact USDA-FSIS at “Ask Karen” online or call the Meat and Poultry Hotline at 1-888-MPHotline (674-6854). 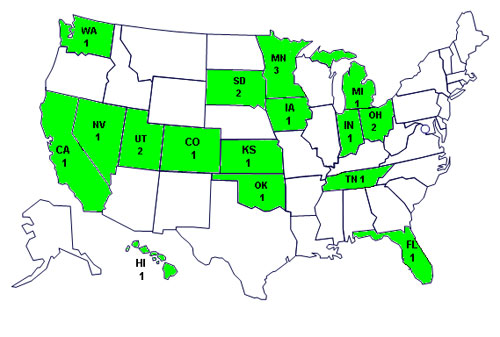 Persons infections with the outbreak strain of E. coli O157:H7, by date of illness onset* 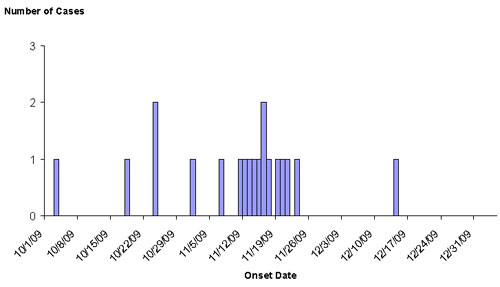 *n=19 for whom information was reported as of January 4, 2010. Onset date unknown for two cases.